The Diary of Regulus Black [+podfic]

1971-1979: All that Regulus Black ever wanted was to do the right thing and have someone be proud of him. His parents. His brother. His best friend. The man he loved. Twenty-seven entries from Regulus's diary, dating from his childhood to his death. 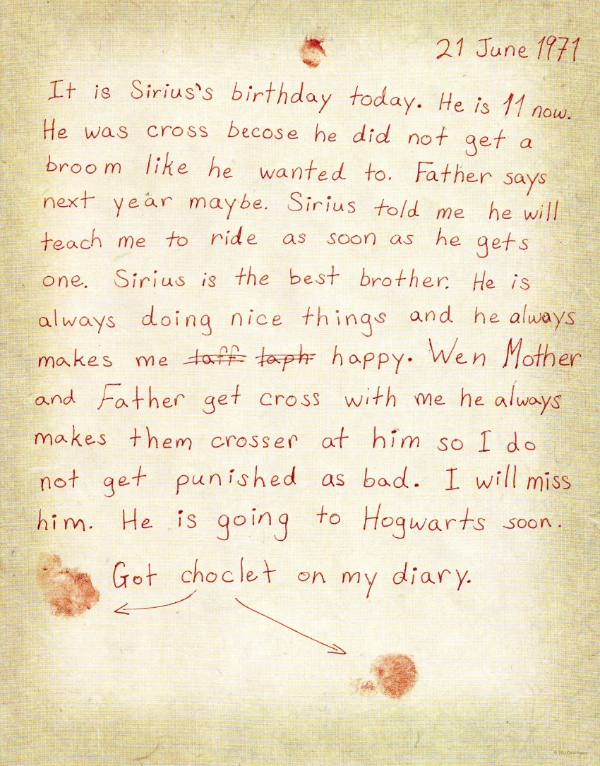 21 June 1971
[On a page smudged with chocolate:] It is Sirius's birthday today. He is 11 now. He was cross becose he did not get a broom like he wanted to. Father says next year maybe. Sirius told me he will teach me to ride as soon as he gets one. Sirius is the best brother. He is always doing nice things and he always makes me laff laph happy. Wen Mother and Father get cross with me he always makes them crosser at him so I do not get punished as bad. I will miss him. He is going to Hogwarts soon. I got choclet on my diary. 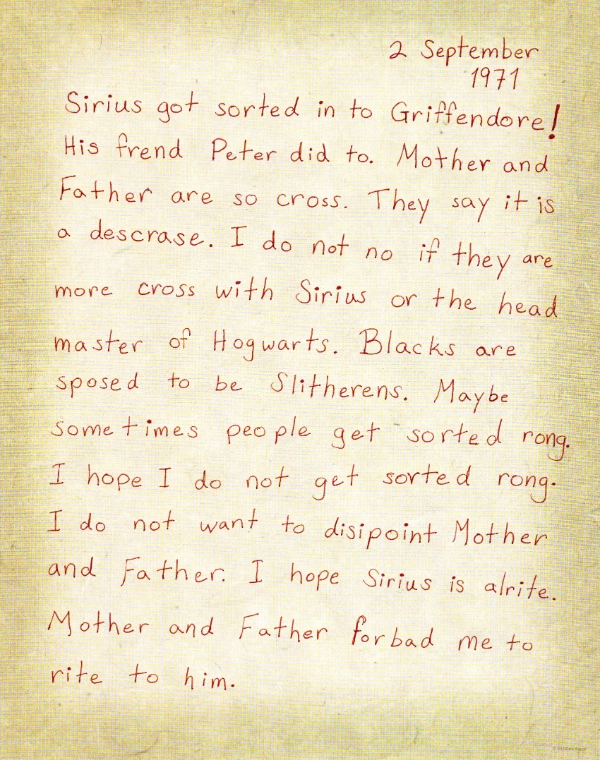 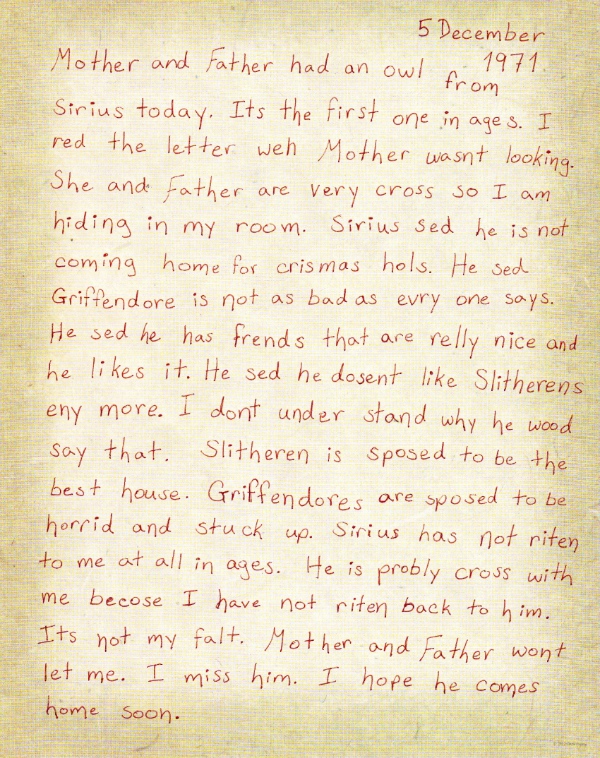 5 December 1971
Mother and Father had an owl from Sirius today. Its the first one in ages. I red the letter wen Mother wasnt looking. She and Father are very cross so I am hiding in my room. Sirius sed he is not coming home for crismas hols. He sed Griffendore is not as bad as evry one says. He sed he has frends that are relly nice and he likes it. He sed he dusent like Slitherens eny more. I dont under stand why he wood say that. Slitheren is sposed to be the best house. Griffendores are sposed to be horrid and stuck up. Sirius has not riten to me at all in ages. He is probly cross with me becose I have not riten back to him. Its not my falt. Mother and Father wont let me. I miss him. I hope he comes home soon.