The Adventure of the Grey Messenger

A mysterious masked messenger appears at the door of 221B Baker Street, bearing a strange gift for the world's only consulting detective. Shortly afterwards, a series of seemingly unconnected tragedies rocks London, setting Sherlock and John off on a thrilling adventure filled with murder, mystery, and music.

Join the cast in picking up clues and deciphering riddles - or simply lean back and enjoy a multi-media extra episode unfolding before your eyes and ears.

This story is set between "The Empty Hearse" and "The Sign of Three".

It's an early evening in March. The sitting room at 221B Baker Street is cosily lit only by reading lamps. Muted traffic noise comes up from the street below, but there is little to disturb the quiet domesticity of the scene. John, in one of his comfortable jumpers and with his legs up, is in his armchair, absorbed in a paperback. Sherlock, in his usual suit but sans jacket, is sitting at the kitchen table, lighting a piece of fabric on fire briefly over a Bunsen burner, before blowing it out and sniffing it. Then he puts it down and picks up another, setting it alight, too.  After a moment, John lets his book sink down.

JOHN: Alright, it was odd enough when it smelled like celery, and I said nothing about vinegar, either, but now it smells like you’re burning sheep!

SHERLOCK (barely looking up from the charred bit of fabric in his hand): Very good, John, that was wool suiting. Burns briefly, then chars to an irregular dark ash and smells of - (sniffing at the burned scrap) - burning hair, only less acrid.

JOHN (turning around in his seat): And the celery?

JOHN: Why are you burning fabric?

JOHN (drily): Right, of course. (He covers his nose with his hand.) Oh hell, put that out. It smells like burning tyres.

John gets up, walks over to the left hand window and pushes it half-way up.

JOHN: Why again are you doing this?

SHERLOCK: I told you, it’s Ash Wednesday. I find the name serves excellently as a reminder to annually update my collection. (He turns the small singed scrap of fabric in his fingers.) Traditionally, I would do burn tests of new tobacco products for my monograph. But when you invited yourself over, I felt you might not approve, ergo, textile burn testing today.

JOHN: An evening of inhaling nicotine would’ve been healthier than this. (He returns to his chair and stands by it, facing the kitchen.) Do you really have to burn things, Sherlock? Come on, just -

John gestures to Sherlock’s chair. Sherlock looks down at the fabric in his hand, and drops it into a jar. He stands up, walks over to his chair and sits down somewhat stiffly.

SHERLOCK: Okay. (There is an awkward silence for a moment. Then Sherlock nods at the paperback in John's hand.) How’s your book?

SHERLOCK: Good. (He pauses, clearly waiting for John to say more.) Well, that was enlightening.

JOHN: It's about Napoleon. (He holds it up so Sherlock can see the title, which features a reproduction of a portrait painting of the French emperor.) I think you’d like it.

JOHN: Napoleon? One of the greatest military commanders in history?

SHERLOCK: And this would interest me why?

JOHN: Well, there’s a really clever chapter examining all the variables of the Battle of Waterloo and how it shifted the outcome. Like, for example, a tiny shift of the weather could have changed the whole course of European history. If it wasn’t for the rain, we could all be speaking French now.

SHERLOCK (deadpan): I can barely imagine a more terrible hardship. (Dismissively) And in any case, third-rate speculative history is not my department, and I wouldn't have thought you-

JOHN (sarcastically): Well, what a pleasant interlocutor you make. (He flips the book around to read from the blurb.) "Universally acclaimed to be the best biography of Napoleon Buonaparte ever written." The Times Literary Supplement. (He glances up pointedly at his friend for moment, then scans the back of the book for more ammunition.) Professor Ernest P. Walker, PhD. Holds a chair in European History at Oxford. Member of the British Academy. Writes for the Encyclopaedia Britannica. That's good enough for me, I think.

SHERLOCK (airily): Well, I suppose when it comes to overwritten prose, you are the expert.

JOHN (narrowing his eyes): Remind me to never try to chat with you again.

He makes a move to flick his book open again where he's marked the page. But his gaze comes to rest on the title picture instead. After a minute or so of silence, while John seems to be quite lost in thought -

SHERLOCK (under his breath): “The young Alexander conquered India. Was he alone?”

JOHN (looking up): What?

SHERLOCK: “Caesar beat the Gauls. Did he not have even a cook with him?”

JOHN (with a frown): Are you getting hungry now?

SHERLOCK: No. It's what you were thinking. “Who built Thebes of the seven gates? In the books you will find the name of kings. Did the kings haul up the lumps of rock?” You’re not the first to wonder, you know, how strange it is that of several billion people on this planet at any one time, one man goes down in history and all the others don't. Or isn’t that what you were thinking?

JOHN: Well... yes. Sort of. (He puts the book down on the small table next to his chair.) I was thinking about Waterloo, actually, and how Napoleon was brought down. Individually, none of his opponents were in his league, or even close. But together, they did it.

SHERLOCK: I thought it was the rain.

SHERLOCK (with a smirk): So, are you arguing that ten idiots make one genius?

JOHN (with a snort): You'd hate that idea, wouldn't you?

SHERLOCK (dismissively): I would if it were true.

Downstairs, the doorbell rings, but neither of them reacts. A moment later, the front door opens, then closes again, and through the open window, they can hear a car driving away. There are steps on the stairs, and Mrs Hudson enters by the open sitting room door.

MRS HUDSON: Woo-hoo! (She shudders in the draught from the window.) Oh. Don't you find it a bit draughty in here? (She advances to Sherlock's chair, a plain white envelope in her hand.) Someone's just brought this for you, Sherlock.

SHERLOCK (holding out his hand without looking either at her or at the envelope): Who was it?

She puts the envelope in his hand, then walks on to the open window behind Sherlock's chair to close it.

SHERLOCK (over his shoulder): Didn’t they say?

MRS HUDSON: No, he didn’t give his name. He seemed in rather a hurry.

Sherlock and John exchange a look, confused. Mrs Hudson closes the window, then turns back towards the room.

MRS HUDSON: He was wearing a mask.

Sherlock jumps up from his chair, rushes to the window and pushes it right back up to lean out and look. John, however, makes a bee-line for the open door and races down the stairs. After a moment, Sherlock runs after him and Mrs Hudson runs after Sherlock.

In the downstairs hall, John is already coming back inside from the street as Sherlock comes thundering down the stairs, two at a time, Mrs Hudson following. John closes the door behind him and shakes his head, too out of breath to speak.

JOHN: No sign of him. Must have left in a car.

SHERLOCK (turning to confront his landlady): Mrs Hudson. What in the world possessed you to let a masked stranger into the house?

MRS HUDSON (rather flustered): He never passed the threshold! He just handed me the envelope, said “For Mr Sherlock Holmes. Please let him have it immediately.” and then left again. Very polite, very civilised. (To Sherlock, reproachfully) We’ve had dodgier visitors here, young man, and none of them mine.

Sherlock thrusts the envelope at John and takes Mrs Hudson by the shoulders, not ungently, but still quivering with urgency.

SHERLOCK: What did he look like? The mask? The clothes?

MRS HUDSON (screwing up her face in concentration, trying to remember): Very old fashioned – a long wide cloak, black or dark grey. And a three-cornered hat, like a pirate. The mask was plain black, and left only the eyes free.

Sherlock huffs a frustrated breath. John, meanwhile, has opened the envelope. He retrieves two slips of paper from it.

JOHN (with a frown): Concert tickets. For the Academy of St. Martin in the Fields. They’re playing –

Sherlock holds up a hand to stop him. All the tension is suddenly gone from his expression. Instead, a grin is spreading across his face.

JOHN: What? You mean they’re from Mycroft?

SHERLOCK (still very much amused): Of course. It’s exactly his sense of humour.

JOHN (puzzled): I didn’t know he had a sense of humour.

SHERLOCK (straight-faced for a moment): Why else do you think he insisted on kidnapping you with such regularity?

JOHN (rolling his eyes): Seriously. Isn’t a masked messenger a little over the top, even for Mycroft?

MRS HUDSON (with decision): I know Mycroft’s voice, and that wasn’t him.

SHERLOCK: No, of course it wasn’t him personally. He’s not in town. He’s in Zurich, getting shouted at.

Mrs Hudson and John gape at him.

SHERLOCK (patiently): That’s why I’m getting his tickets. Not for the first time. He’s got a subscription for the Academy’s London concerts, but he rarely has the time to go.

He takes the tickets from John and glances over them. 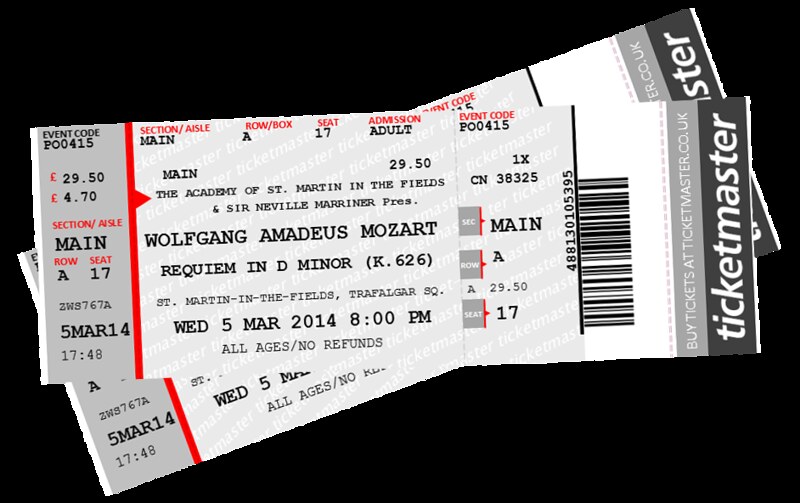 SHERLOCK: There are two tickets, aren’t there? And Mary’s away, anyway.

MRS HUDSON (to John, in a tone of polite enquiry): Oh, is she, John?

JOHN: Someone’s hen night. Old friend of hers, from her nursing school days, I think. (To Sherlock, nodding at the concert tickets) You know, I don’t think I’m exactly -

SHERLOCK (sarcastically): Oh yes, sorry. It’s only the Academy of St. Martin in the Fields, not the Fifth Northumberland Fusiliers Marching Band.

So... want to help Sherlock and John figure out what is going on?

Throughout this story, there will be questions for you to answer and puzzles for you to solve.
UPDATE: As the story is now complete, the chapter comments now contain the solutions for each respective puzzle. If you don't want spoilers, best avoid them!

Please also feel free to speculate and theorise to your heart’s content in the comments section. Of course you’re also welcome to just read and not play. We treasure all kinds of feedback!

And from chapter 2 onwards, make sure you have your earphones at hand. Since this is a story about music, of course it has a soundtrack, too.