Viper has Steve prisoner, and it's the best time for both of them. 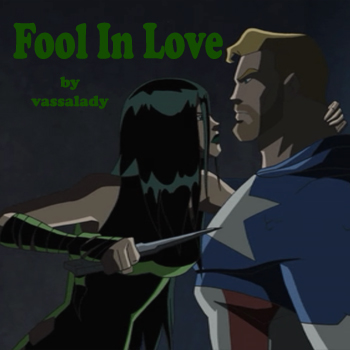 He’s a fool for letting Hydra catch him. But when she walks in, hips swaying, smirk on her face, it’s worth it.

Viper barks out an order for the guards to clear the area. They don’t dare disobey, and Steve at once admires and fears the control she has over her men.

She doesn’t release him. She runs her hands over his torso, doesn’t let him kiss her like he wants to. He strains against the chains, but they don’t give, wrapped too tightly around his arms.

She enjoys this. He does, too. But it’s over too soon, and she’s fixing herself up, putting him back together, and then she leaves.

Steve is left alone in that room for a long time. She doesn’t come again. Finally, the Avengers rescue him, and he’s glad to be free.

But part of him, a part that Steve hates, wishes he could have stayed.