Burdens of the Son

When foxes start disappearing in Zootopia, Nick discovers that the sins of his father are a burden he can’t carry alone, as he struggles to protect Judy and her daughter from the worst threat he’s ever encountered: himself. 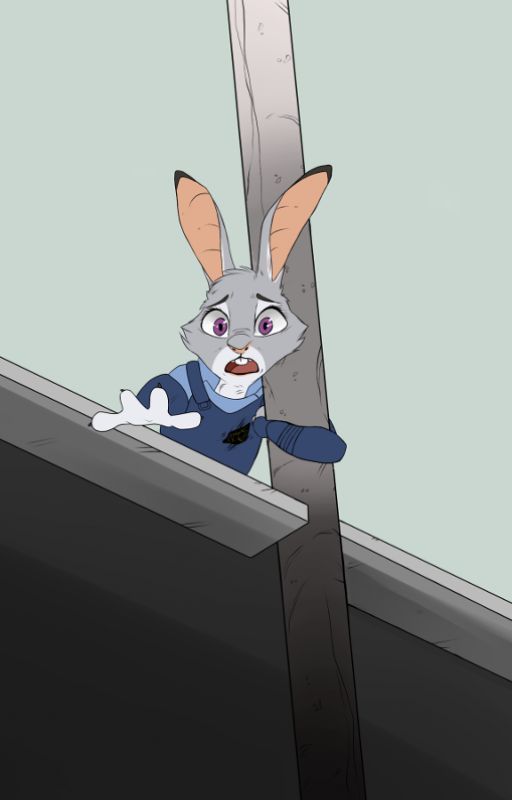 Writer's Note: This is the second story in a series. If you haven't read it already, please read my other story, Never Time to Say Goodbye first!

I was excited and more than a little nervous to be headed back to work for the first time since the accident. I just skimmed through a few of the things I've written in this journal since then, and I can't believe how much has changed in my life. I've got a daughter now, and Nick and I are living together in the house he inherited from his mom. The changes in my life over the past year are still pretty overwhelming sometimes.

Judy stopped stuffing paperwork into a brown satchel as the morning news on the TV caught her attention.

"Today the ZPD reported another missing fox, the third such case in the past three weeks."

"Here comes Superbunny," Nick said as he strode into the room, making whooshing noises as he playfully swooped Holly up and down through the air. The little bunny squealed and laughed as they continued around the room until she noticed her mom. Holly reached out her arms and spluttered, "ommmommmmom" as Nick brought her to Judy.

Judy smiled as she gave up trying to watch the tv and grabbed Holly. "Hey little bun." She scowled at Nick. "If you make her throw up on our uniforms right before we leave..."

"Aww Carrots, how else am I gonna teach her how to fly," he said as he picked up a white shoulder bag with a carrot on the side. "Besides, if she barfs on me, it'll give me an excuse to stay home and play with her all day."

"No way, slick Nick. Besides, Rita wouldn't forgive you for cutting into her time with Holly…" Judy trailed off as the pictures of three foxes appeared on the television. Two looked like portraits from a high school yearbook, while the third was a grainy still pulled from security camera footage.

The soothing voice of the newscaster filled the silence. "The police have no leads at this time, and anyone with information on the whereabouts of the missing foxes is asked to contact the ZPD."

"Nick, I'm worried about these missing foxes. Tell me you'll be careful-"

Nick grinned and waved his paw dismissively as he interrupted her. "Don't worry Carrots, they're probably all hiding from their bookie or something. You know how foxes are," he said as he winked at her.

"In other news, a group calling itself 'Kind With Kind' is staging a protest at City Hall in response to an ordinance prohibiting discrimination-" Nick picked up the remote and switched off the TV as Judy handed Holly back to him.

"Ok, Little Carrots, time to say bye bye to mom and go see Rita. I'll be back in ten minutes, if you need help carrying anything to the car." Nick hurried to the entryway and out the front door with Holly as she waved over Nick's shoulder at Judy.

It still amazes me how good Nick is at evading serious conversations. But you can't fool me, my dear fox. I may not be able to tell what you're thinking, but I know when you're using those snarky remarks to hide whatever's bothering you.

Judy paused in the entryway as she glanced at a small wooden cane in the umbrella stand next to the open front door. Her ears drooped and she sighed just as Nick reappeared at the doorway.

"Rita said we'll need to bring more diapers tomorrow." Nick paused as he noticed Judy staring at the cane. Nick folded his arms as he spoke. "Come on, Officer Gimpy, just grab your cane so we can go. That mountain of paperwork on your desk isn't going to shuffle itself."

"I swear, if you call me that again I'll beat you even more senseless than you are already."

"Well, you better get used to it, especially if you injure yourself again because you're too stubborn to use your cane," he said, as he picked up the cane and held it out to her. "Trust me, I want you to stop lugging this thing around even more than you do. It's hazardous to my health, since you threaten me with it at least five times a day. You're just going to have to-"

Judy interrupted him and held up her paws defensively. "I know, I know… be patient." Judy reluctantly took the cane and smiled while she shook her head. "If you were anyone else, I'd have murdered you long ago," she said, giving him a quick kiss on the cheek as she squeezed past him.

"And if you were anyone else, I wouldn't care enough to give you so many reasons to kill me." He put on his sunglasses and followed her outside.

Judy waited for Nick to lock the door and caught him by the collar as he turned around. He waited with feigned impatience while she straightened out his tie and smoothed the front of his uniform. As her paws moved across his chest, she paused and squinted at two tiny carrots tucked next to his badge.

"What in the world is that on your uniform?" She reached out to touch them, but Nick batted her paw away as he walked to the car. He opened the door for her and spoke as she climbed in. "I never realized until recently how much I love carrots." He gave her a toothy grin as he closed the door before he made his way around the car and climbed into the driver's seat.

Judy chuckled and lectured him as they buckled their seatbelts. "I'm pretty sure that's a dress code violation, Officer Wilde. You better hope Chief Bogo doesn't see them."

Nick made a rude noise as he started the car. "Pfft, I've been wearing them for weeks now and old buffalo butt hasn't noticed. His eyesight is so bad, if it wasn't for my red fur he wouldn't even be able to tell the two of us apart."

I'd forgotten about those two old oversized straight pins Nick showed me several weeks ago, with the little carrot heads. I thought he was fishing around, trying to see if I wanted them, so I jokingly teased him that they were kind of tacky looking. Then he told me that he'd found them in some of his mom's things. Of course I felt bad after that and said I was sorry, but he shrugged it off. I'm pretty sure he's wearing them now just to annoy me.

I still feel self conscious using the cane, so I was especially nervous when I found a bunch of the officers had lined up to clap and cheer as I came in the front door of headquarters this morning. But even I had to laugh when Nick couldn't resist being Nick, as he waved to the gathered officers like he was Gazelle greeting adoring fans while he swaggered across the lobby. I thought Chief Bogo was going to blow a gasket when Nick thanked everyone for the unnecessary adulation.

Chief Bogo sat behind his desk and stared quietly down at Judy, who fidgeted as she waited in the hard orange chair for him to speak.

"It's good to have you back, Officer Hopps. I've already talked to Officer Wilde, and I want to make it clear that it is none of my business what sort of… relationship you two have outside of work. Officially, I'm completely in the dark, as long as you both avoid drawing attention to yourselves." He took off his glasses and jabbed them in her direction. "But if either of you get out of line, or make this a problem, the best case scenario is you'll both get reassigned to new partners. And you don't want to know what the worst case scenario is."

Bogo glanced at the cane leaning on the chair next to her before he continued. "You'll be on desk duty until you fully recover. Earlier this week, the second precinct requested Officer Wilde's help examining the evidence they've gathered on the missing foxes, so hopefully that will keep him out of trouble until you're able to babysit him again. Dismissed."

That sneaky fox. Now I know what's been bugging him, and why he hasn't been talking about work lately. I always feel guilty when I find out about things that he's been hiding from me, since I get a weird satisfaction from watching him squirm when I call him out on them later.

Judy sat in her chair and surveyed the huge jumble of mail and paperwork on her desk for a few moments before she sighed and reached for a letter on the top of the stack. She paused when she noticed another letter near the bottom of the pile marked URGENT in bold red letters and picked that one up instead.

As she tore the envelope open and started to read, she gasped and her eyes grew wide.

I couldn't believe it. It was a court summons for a hearing to discuss emergency custody of Holly, and it started in three hours.