Sometimes even the most dedicated traveler needs to be reminded why. 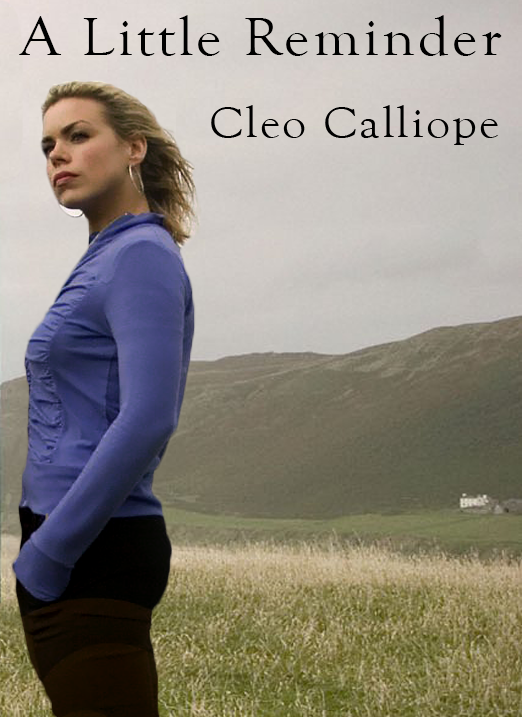 She was four months pregnant and wasn't even sure what species she was any more, never mind the kid. She was standing on a planet she didn't know the name of, inhabited by two foot tall green octopus-like creatures some two million years before she was born. But hey, it was just around the corner from her own planet, standing here looking at a wide assortment of things she didn't know the uses for, but which glittered in a pleasing manner... And she was actually a little bored.

"Time to go home," Rose murmured to herself.

"What's that?" the Doctor asked from right behind her, where she knew he hadn't been about two seconds before. She didn't even jump.

"Time to go home," Rose said louder. "Been a while since I was there. Take a good look around the Powell Estate to remind myself what normal is. Maybe take one of these back for my mum." She held up one of the sparkly things, which looked kind of like a cross between an iridescent koosh ball and a fist sized diamond. It was just the kind of glittery kitsch her mum loved to put on the mantle.

"Rose, you don't even know what that does," the Doctor sighed.

"So? She won't care, she'll just think it's pretty. What's the worst that could happen?"

The Doctor reached around her, plucked the thing out of her hand and put it back down on the table. "Someone could break into your mum's flat - not completely unheard of in your neighbourhood – steal it, sell or give it to someone with some kind of technical knowledge who takes it apart realises one or two critical things about it, thereby jumping human technology light years ahead of what it should be causing a serious dent in the history of your planet. Reapers aren't out of the question if this happens." He paused for a second. "Or it could just explode and take out London," he added as an inconsequential detail.

Rose was grinning from ear to ear by the time he'd finished. Nevermind going home for a visit. The Doctor had just reminded her why she loved all this without having to deal with a lecture from her mum about unmarried pregnancy and if she really had to get pregnant why couldn't the father at least be human.

The Doctor smiled back as she took his hand.