I have never before seen this "Mahouka" anime before, but I am going to write a parody of it anyway. All I know about this show has come from cultural osmosis, but it's still probably going to be completely inaccurate. At least, I hope so. This is part of the Home Clipart Animal Deer story series, "(Blank) We Haven't Watched".

The Perfectly Regular at Magic High School - Chapter One 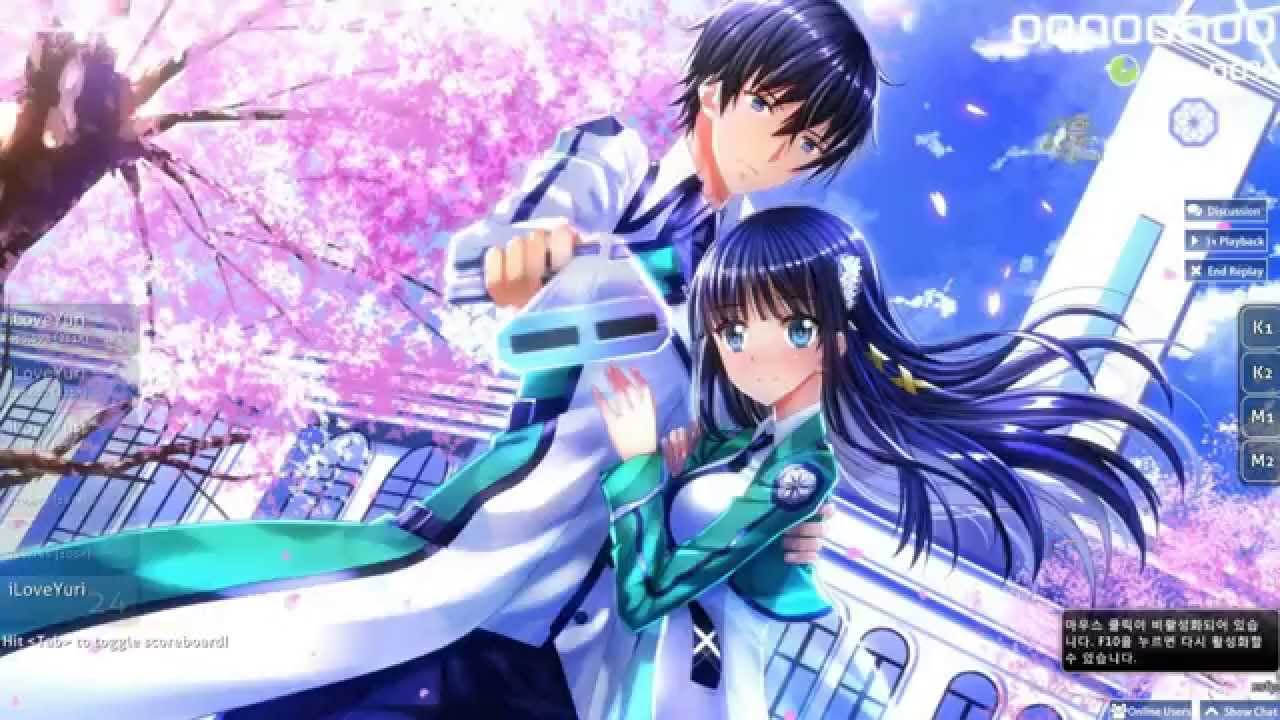 Max Rakuyama walked along the cherry blossoms and the sleek white buildings surrounding his path to Magic High School with a smile on his face. It was his first day at school, this beautiful, crisp April morning, and he was going to make the most of everything that was going to be presented towards him.

He had dreams he wanted to accomplish these next three years. He was only sixteen, but he was not going to let his youth stop him from achieving everything he wanted to do. The only thing that could limit himself was his own skill.

There were students all over the place, hustling and bustling about, talking and chattering around; prancing and dancing abounded. Max didn’t want to talk to anyone else, because his own head was filled with his dreams, and he did not want anyone to erase those dreams before he could see them through.

He found his classroom, and saw his seat, which was the second seat from the back, next to the window. He sat down, put his bag under his desk, and smiled. He was happier than anyone else at Magic High School could ever be, and he knew that he was the only one who could let himself be less happy. It was all inside his mind.

Max was the first one into the classroom, but soon after, the other students began walking into the classroom; everyone wore that same white-and-green uniform, but everyone also had weird, unrealistic hairstyles and strange hair colors. This… didn’t really make that much sense. Was there no dress code for hair, when there was a very strict regulation for clothes? Max kind of felt a little inadequate about his relatively plain appearance, in comparison to everyone else. Some girl with green hair and drills sat to his right, and almost completely ignored his existence.

But he wouldn’t let any of these people affect his current level of happiness. He was more pleased with his current situation in life than most anyone could ever imagine, and only he could control how he felt about any given event. He decided he would be happy.

And just as his optimism set in, he saw a tall teenage boy with an extremely plain appearance and normal, jet-black hair walk in and sit one seat behind Max. He set his bags down, and then stood up to greet Max.

“Hello,” he said, bowing. “My name is Gary Suzuki. Nice to meet you.” Max stood up, bowed, and said likewise. He was glad that at least two people were normal.

The teacher walked into the classroom and everyone did their normal classroom stuff, bowing and whatever. The teacher seemed much stranger than usual. Were the teachers at Magic High School simply more intense than the ones at Magic Middle School? Probably, because high school was where all the cool magic battles and swordfights happened.

“Welcome to Magic High School,” said the teacher. “My name is Teacher Sensei. I would like to congratulate all of you for arriving here and getting high enough scores in the grueling entrance exams that cause so much anxiety and stress in young Japanese students that it ends up feeding them into the equally-stressful workplace and an equally-time-obliterating adulthood that ruins their lives, leaving them isolated and detached from their personal lives, pushing many of them into a life of work and nothing but, and destroying the Japanese family unit, continuing the decline of our population that cannot be reversed through the influx of immigrants like it can in countries in Europe, because of our xenophobic attitudes towards most other countries throughout the world. You did a very good job.”

The teacher wrote his name, Teacher Sensei, on the holographic chalkboard, with some holographic chalk. “Okay, so I am your homeroom teacher, and I hope you do good in school and stuff. As you know, Magic High School is all about doing good. We have magic tournaments, magic clubs, and magic tests. Don’t forget, though, that we have an extremely competitive ranking system, wherein students are challenged to best each other in all realms of magic, including duels and rap-offs, though these magical contests are mainly only important as bragging rights because each college or university that you would want to apply to has its own rigorous requirements and examinations, and your performance in high school barely actually matters besides that piece of paper stating that you graduated from high school in the end, letting you go to wherever you are accepted. Hopefully you will try to get the best rank!”

Teacher Sensei pointed at a student in the middle of the second row and made her stand up. She had bright red hair, and looked like the type of person to be extremely rude and abrasive at first, but revealed a much softer side once you got to know her. Max did not plan on getting to know her, so that he could keep his pleasant mood throughout his high school life. The teacher smiled at this redhead. “Look here at Mari Suika. She is the Number One Ranked Student at Magic High School, even as a first-year student! She is the best example of a student ever. Please look up to her, and challenge her if you want to do well in life.” Max was unsure of what exactly Teacher Sensei was talking about at this point, but he tried to ignore the confusion and continued on with his smiling days.

A few students clapped, and then Mari sat down. Before Teacher Sensei could continue, though, that Gary guy from earlier stood up and pointed at him. “I am going to be the number-one student here at Magic High School! All of you are losers and delinquents, but I am going to defeat all of you and rank up!” He sat down. Nobody clapped, and the teacher tried to pretend nothing happened. Mari glared at him.

Max turned around and looked at Gary, whose face was burning red. The poor guy was fuming, for whatever reason. “Why did you do that?” Max asked. He knew that it was better not to be involved, so that he could continue on with his happy existence, but his curiosity got the better of him, especially when it involved such a nice guy like Gary.

“It was a statement that I had to make beforehand,” Gary said. “So that when I am ranked number-one, everyone will know who I am and remember this first moment that I introduced myself. They will look back with bittersweet memories, knowing that they could have prevented my rise, but didn’t.”

“Uh, okay.” Max turned back around to face the teacher, but… then he faced Gary again. “You know, Gary… You are very irregular.”

“Hmm…” Gary put his hand on his chin, and smirked. “Maybe you’re right. I am a very irregular student. Maybe that should be my calling card.”

“Maybe!” Max laughed. And now he began listening to the teacher’s introductory lectures for real this time.

He was somewhat concerned for this Gary fellow’s quest to become the best, especially when his main opponent, Mari, was sitting just a few seats over, but he decided that he needn’t let this concern him. His life was going to be a good one, and he was going to fulfill his dreams and have a very good experience at Magic High School.

Though… hopefully Gary had a good experience too.

Jinsoeb and SunshineAndZozes as well as 8 guests left kudos on this work!