Art for 'The Mysterious Occurrence of the Five Vials' by KrisserCI5

Provided by the author:
(Part of the Cowley's Inscrutables AU, also a Steampunk Victorianish AU.)
When Mr Bodie and Mr Doyle encounter vials of a mysterious nature, Mr Cowley's past may hold the key.

This particular illustration was inspired by this portion of the text though;

'The locomotive heading north had just departed as the men approached the station, and with just a passing glance between them, a decision was made. Their heels dug into the sides of the horse and the galloped at full speed toward the moving train. The horses hurruphed as they were urged faster still. They responded as if they understood the urgency in which the riders needed to vacate the area and sprinted at full speed.' 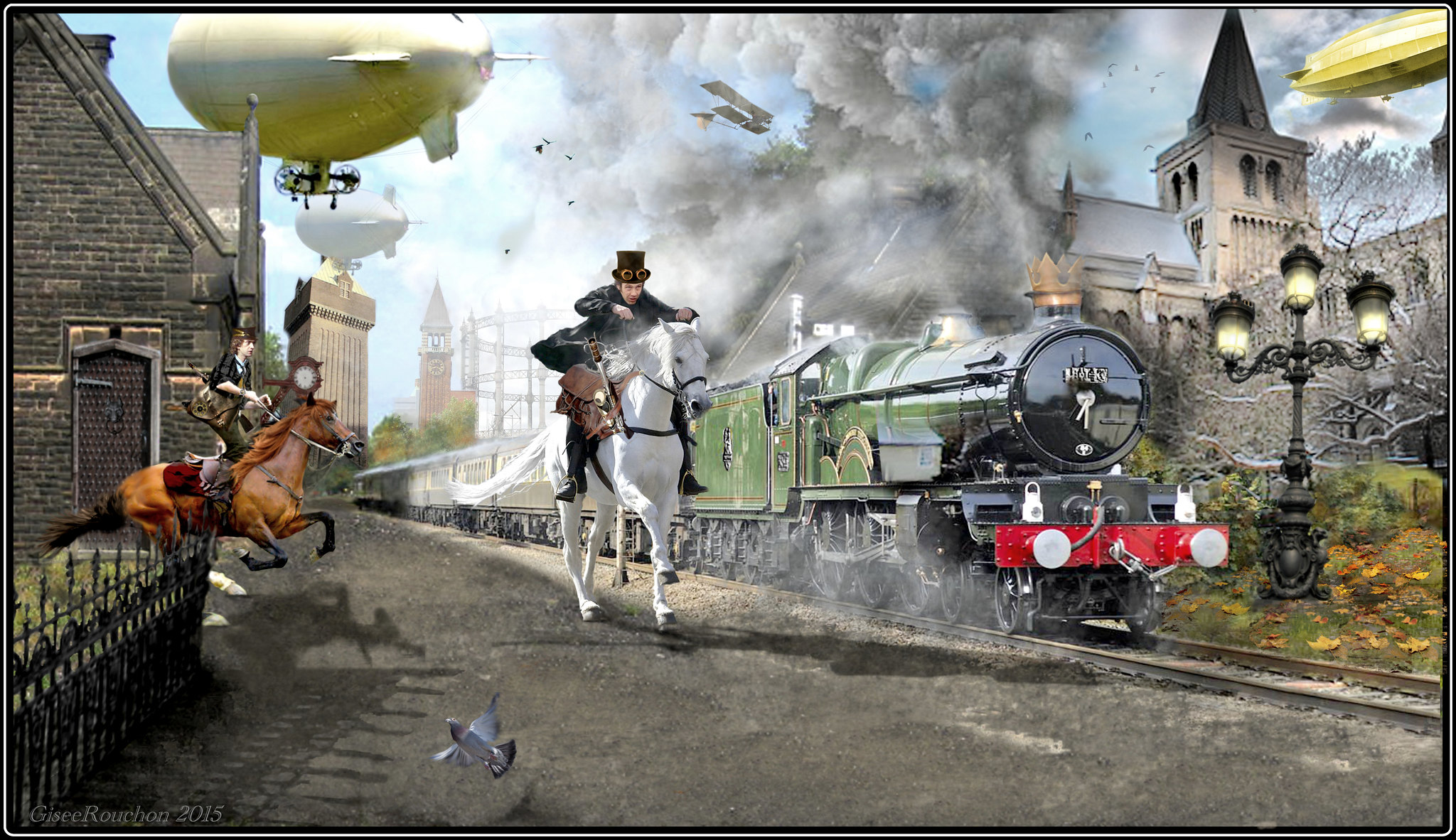 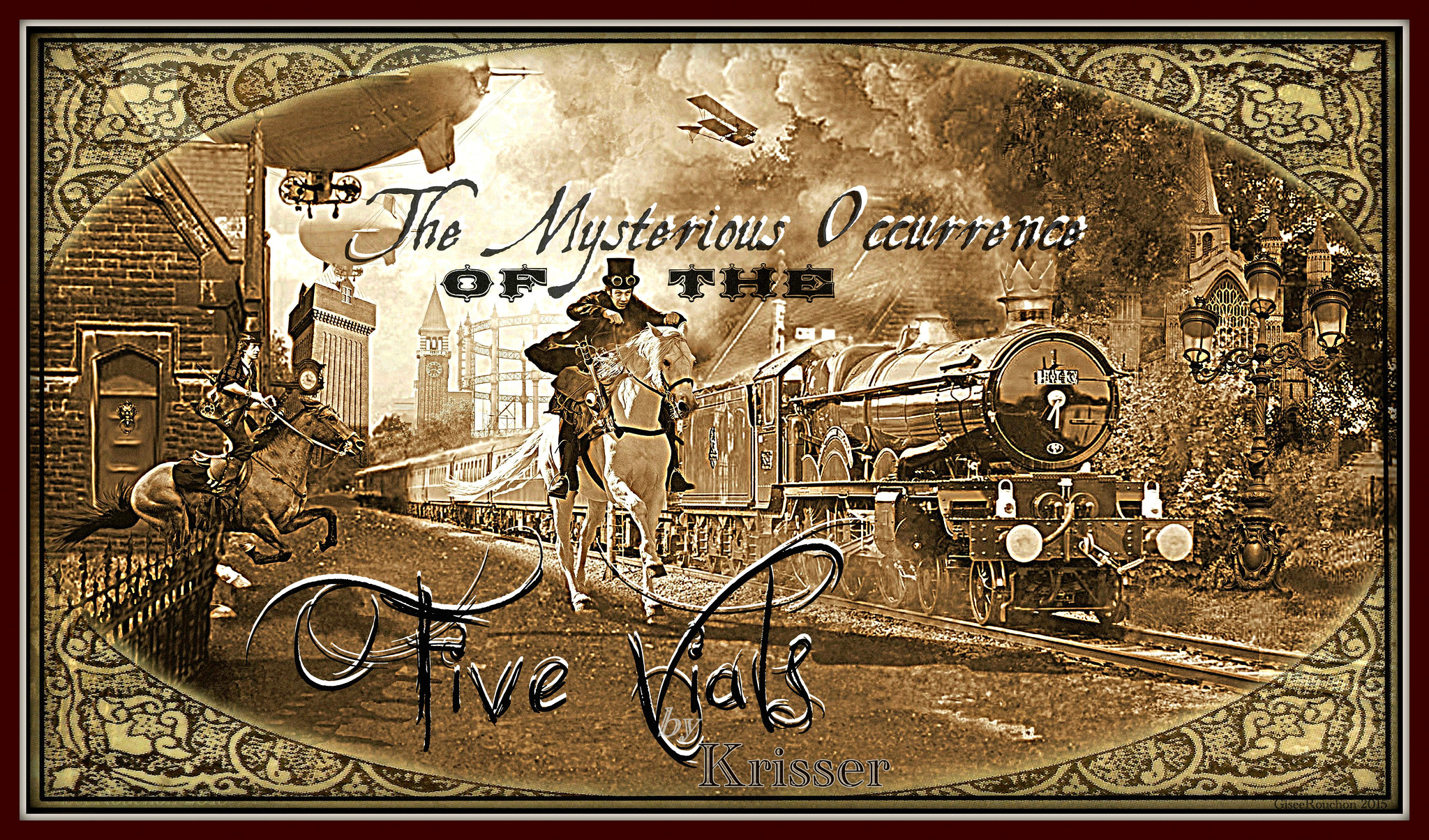 Well done to Krisser for penning a marvelous sequel to last year's cracker, and sorry that my own offerings were in comparison rather miserly this year! I liked the fact that much of the story was set in my locality, and chucked some local landmarks in as a result... :-)
If you go to my Imgur, you should be able to view this full size btw.
Ah, just realised you really need Picasa photo viewer or some zoomable media viewer even to see it's the lads... doh... ;-)
http://giseerouchon.imgur.com/all/