Pictures from a Moving Car

The journey of a thousand miles begins with the first step of getting Rodney McKay in the damn car.

Written for the 6th Annual picfor1000 Challenge. With beta by the fabulous Ms. Pares. 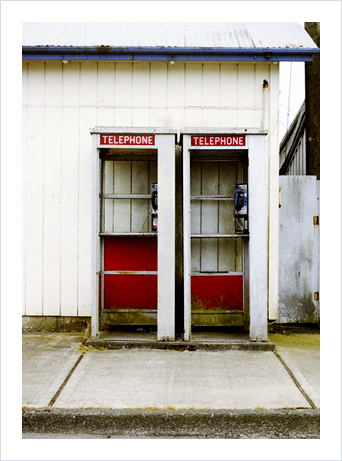 "C'mon, McKay," Sheppard says, appearing in the doorway to the lab. "You've got five minutes."

Rodney inputs the new data set and starts the simulation again. The numbers flash red, then slowly change green. He hunches over his laptop, chewing on his lip. Is the initial power drain actually lower this time, or is he just suffering from simulation delirium? The numbers waffle between amber and green. "Five minutes to what?" he asks, eventually.

Rodney looks up from his computer. "What are you talking about?" The klaxons aren't ringing. The lab's metal blast door hasn't shut. Unless the SGC is having a very quiet meltdown, there isn't anything that needs his attention at the moment.

"Road trip, McKay. You and me. You've got two minutes to put your shoes on and grab your stuff. I've got your clothes in the car."

"You've got my clothes in the car?" Rodney repeats. "Have you -- is this some kind of code? Because I really don't have time for your little games right now, Sheppard. I'm very close to finding the source of this energy leak. Now go away."

Sheppard's forehead wrinkles. "You've been working on that thing since we stepped through the gate. This is supposed to be a vacation."

"Well excuse me for thinking it might come in handy if we could actually use the star drive instead of flying off into space, getting lost, and dying pathetically." The computer stops crunching numbers and gives him a big red FAIL. "Dammit!"

"Wait, wait," Rodney says, about to try one more thing, but Sheppard's got that look on his face, the one that means he's reached his limit and someone's about to get shot. Rodney scrambles to shove his feet into his sneakers before Sheppard pulls him right off his lab stool.

It's dark on the surface, though Rodney has no idea if it's closer to dawn or dusk. The stars are blurry and he's having trouble walking in a straight line. Someone ought to look into that. Could be gravity problems.

They get to the rental and Sheppard manhandles Rodney into the passenger seat. "Watch your head, buddy."

"You watch my head," Rodney grumbles, yanking his seatbelt on and immediately falling asleep.

He wakes up knowing exactly how to fix the star drive.

There's a Sharpie clipped to his shirt pocket. He uncaps it with his teeth and starts writing on the closest thing at hand, which turns out to be his actual hand, plus a large part of his arm.

Five minutes of Sharpie fumes later, he looks up to find them cruising down an anonymous American highway. It's a bright spring day, and Sheppard's got the windows cracked and the radio on low.

Sheppard smiles. "Have a nice nap?"

"I get more work done in my sleep than most people accomplish their entire lives." Rodney rides that high for a while (or, really, that could still be the Sharpie talking), then frowns. "We have to go back."

"I mean no," Sheppard says, in that extremely frustrating drawl of his.

"Fine! Give me your cell phone." Rodney sticks his hand out, but Sheppard just shakes his head.

Sheppard looks at him over the top of his aviators. "So where's yours?"

"I panicked, okay? You were looming and telling me I had five minutes; usually that means we're about to die! I just grabbed whatever was handy!" He empties his pockets. He has: three quarters (American), a linty peppermint, and a tube of pink lipstick. "We need to find a pay phone."

They actually find two, standing side-by-side at the back of an old service station off the highway.

Sheppard's over by the pumps, one hip cocked against the car as he tops off the tank, and for a moment Rodney just stands in the phone booth and stares at him through the dirty glass, chest tight with some stupid, useless emotion. Rodney fumbles to get his quarters into the phone and after fighting with three people he doesn't want to talk to, he finally gets the little bald guy who works in the gate room and announces what the chevrons are doing.

"Dr. McKay? Where are you?" the little bald guy says.

"Where am I? I'm in -- somewhere! It's not important. Write this down." Rodney rattles off the equation scribbled on his arm and instructs the little bald guy ("My name is Walter, sir.") to send it through to Atlantis in the next databurst. While Rodney's on the phone, Sheppard finishes pumping the gas and goes inside the convenience store. He comes back out carrying a lumpy plastic sack and chewing on a rope of red licorice.

"I, I don't know what that means," the little bald guy says.

Rodney hangs up on him.

Sheppard's leaning against the car, looking perfectly ordinary, just some guy on vacation. Rodney dives past him to dig through the plastic bag. Sheppard bought Red Vines, goldfish crackers, gummi worms, five kinds of beef jerky, two gigantic bottles of water, and a can of Pringles, the rippled ones you can't even find anymore. They've got to be at least five years old, but Rodney pops the lid off and shoves a couple in his mouth. It's not like compressed potato flakes can go bad.

"So, how about that road trip?" Sheppard thumbs a potato flake off Rodney's chin.

Rodney licks his lips. "Do you even know where you're going?"

Sheppard's not wearing his sunglasses and when he smiles Rodney can see how the corners of his eyes crinkle. "I'm sure we'll think of something."