“Clint Barton has sent me a photograph of his glory,” Thor said, and handed Natasha his phone. Quirking an eyebrow, she glanced at it. “This is a courting custom?”

Written for the kink_bingo prompt "Exhibitionism."

It started the same way many things do. With one wiseass.

Tony checked his email and there it was. Clint’s junk, in technicolor. “DICK BOMB!!” said the text underneath. Tony shook his head.

“Well, it’s not actually up in this case,” Tony said, projecting the photo from his phone in midair, and Bruce choked a little on his herbal tea. “Hawkeye just dick-bombed me.”

“I’m getting him back,” Tony decided, unbuttoning his jeans.

Bruce pinched the bridge of his nose, and snorted. “Oh god.”

Bruce stared at Tony for a long moment, and then set down his mug and unzipped his fly.

“Meaning of this what?” Natasha asked, putting her book down.

“Clint Barton has sent me a photograph of his glory,” Thor said, and handed her his phone. Quirking an eyebrow, she glanced at it. “This is a courting custom?”

“I think it is somewhat funny,” Thor muttered.

“You would, you’re a guy. It’s a guy thing. You’ll notice I didn’t receive one, because Clint knows I’m unamused by cock shots, which I’ve had to tell him six times. Plus, it’s not like I haven’t already seen...” Natasha twisted a finger through her hair, and realized she’d better make this a Midgardian teaching moment. “Don’t send pictures of your parts to people. Okay, Thor?”

He squinted at her. “But Jane has requested this in the past.”

“Uh, well,” Natasha closed her book and tossed it on the table. “I mean, not...unsolicited.”

Thor nodded gravely. “But I think it would be funny to send one back. Will you take the photo?”

Natasha stood. “You’re on your own there, Thor,” she said over her shoulder as she left the room.

Shrugging, Thor pulled the drawstring on his workout shorts and aimed his cameraphone down his pants.

enjoy my glory!!! read the text below.

*
“Thank you so much for staying late. I’ll probably have to update you from the lab when I return,” Pepper said apologetically. “I’m very sorry for taking up so much of your time.”

The update was delayed, and just as she was getting ready to tear Tony a new one for not answering his voicemail, her phone buzzed. “Oh thank god. Please excuse me,” she said to her lunch companion. “Looks like our projections are here.”

She opened up Tony’s message and found a close-up picture of two penises and a thumbs-up.

Dicking around in the lab! read the message below the image.

Pepper lowered the phone to her lap hurriedly and typed a reply: Send timing/costs for the Shoreham arc reactor tests immediately or I will kill you both. You are idiots.

She placed her phone face-down on the table and looked up with a glowing smile. “My apologies, Mr Chu. Mr Stark sent me the wrong figures.”

“I hope you’re not inflating them,” the Secretary of Energy said.

“Why did Thor send me a snapshot of his johnson just now?” Director Fury growled into the phone.

“Why are you asking me and not Days of Thunder?” Tony asked.

“Because I suspect you had something to do with this, Stark,” Fury said.

“Not a thing, sir. I can assure you that I did not tell Thor to do anything so roguish and impolite. It’s probably Cap’s fault.”

“I sincerely doubt that’s the case. You’d better check yourself,” Fury cautioned before hanging up.

“Why do I always get the blame?” Tony asked Bruce.

Looking over Fury’s shoulder at the command console, Maria Hill bit her tongue to keep from making a sound.

“I know you’re behind me, Hill,” Fury said, without turning. She held out her hand and he passed her the phone, resigned.

Peals of laughter rang out in the control room. “Glory!” Maria whimpered, wiping her eyes as she surreptitiously hit 'forward' on Nick's phone. “Sorry. That isn’t funny.” She'd examine the image more closely later to determine its true humor value.

Steve heard his phone go off and rushed to the table to pick it up. He hated missing calls, and he disliked leaving voicemail himself. If someone didn’t answer on the first few rings, he’d simply hang up.

“Why do you keep showing up as a missed call?” Tony had complained, once.

Steve just shrugged in reply. “Why don’t you ever answer your phone? You carry it around like a pacifier.”

“That’s unfair,” Tony sniffed. “I wouldn’t put a piece of bleeding-edge tech like that in my mouth. Although I should point out that I have a very forgiving gag reflex, in case you were curious.”

“What?” Steve colored. “Um. No. Whatever. Answer your phone.”

But since he’d become used to texting, Steve vastly preferred that anyway. He saw that this was a text and...well, no, it was a photo from Clint. Of Clint. Of Clint’s...dick.

I think you sent me this picture by mistake. was Steve’s text back. His phone buzzed again, but instead of a “Whoops! Sorry!” it was a photo message from Tony. He turned it sideways and squinted. Was that Tony and Bruce? Oh lord, it was.

Steve’s phone buzzed again and another pornographic shot appeared, this time from Thor. He dropped the phone on his lap with a groan, then looked over his shoulder at a sound from the hallway.

“Nothing, just...” Steve waved a hand. “I think the guys are playing a prank on the ol’ team leader.”

She nodded knowingly. “Ah, you got dick-bombed.”

“This is a thing that people do now?” Steve asked, bewildered. “Why?”

“Well, look at your reaction. “ Natasha planted her hands on her hips.

“It’s inappropriate,” Steve countered, glancing again at the image on his phone, then swiping back to view the others. He coughed. “It’s not that I’m a prude or anything like that.”

“Not saying that you are,” she replied. “But they’re probably expecting to get lectured now, though, am I right?”

Natasha’s smile turned crafty. “I have a better idea, if you’re game.” She fished her own phone out of her pocket and pressed a name in the directory. “Hey. Hi. Where are you? Are you aware of what’s been going on today?”

*
Bruce nudged Clint as Steve entered the conference room. Natasha met Steve’s eyes and then busied herself with a folder.

“Team, we have a video to view this afternoon. Since I’ve been here, there are some new trends that I’ve had to uh...learn about.” Steve took his place at the table and switched on the huge television with the remote.

“One of these things,” he continued, “is sexual harassment in the workplace.” The words Sexual Harassment Guidelines appeared on the screen, and Steve paused the video.

Clint groaned. “We know about all that. Heard it a million times.”

“Yeah, and apparently, none of you take it seriously,” Steve snapped. “You might want to pay particular attention, Stark. Maybe you should take notes.”

“I didn’t start it,” Tony argued, folding his arms as the video resumed again.

A tight shot appeared on the big screen of Steve’s face. “As your team leader, it’s my duty to remind you that there are some things the Avengers need to know about inappropriate uses of technology, including your mobile phones.” He held up a phone in the shot.

“First of all, answer your phone, Stark.” Tony snorted at that.

“Secondly, although the lines are secure, don’t send photographs of any body parts that normally would be covered by a swimsuit.”

The camera panned down from Steve’s face, slowly, over his bare, ripped chest. “This would be okay, however,” he continued. The shot widened, to show Natasha and Pepper on either side of him, wearing bikini tops. It was clear from the view beyond them that they were on the Stark Tower roof deck. Natasha waved at the camera and rolled her shoulders.

“On the other hand, current sexual harassment and social mores prevent women from baring their chests in this context,” Steve added. Pepper pulled the halter string on her top just as Natasha did and their bikini bras fell out of the shot, replaced by black censorship bars.

Steve continued on the tape. “In addition, the same rule applies below the waist.” The camera panned down and Steve dropped to one knee and pulled the tied side strings on both Natasha and Pepper’s bikini bottoms. They dropped to the ground, and black bars covered what would have been exposed. Pepper crossed her legs elegantly and Natasha bent, grabbed the front of Steve’s blue trunks and pulled them downward with a rough yank, just as a censorship bar materialized in front of him. He kicked the trunks off.

“This is not even right,” Tony muttered.

“Keep these guidelines in mind, don't send improper depictions of nudity, and you won’t go wrong,” Steve intoned as the camera shot pulled out. A click was heard as the camera operator locked the lens in place, and Maria Hill strode into frame, a black bar covering her bare behind. As she and the others walked away from the camera arm in arm, Pepper turned to flash a peace sign.

The scene dissolved to be replaced with the Avengers and SHIELD logos as Steve’s voiceover continued. “We hope you learned something about inappropriate exposure. Have a great day!” The screen faded to black.

Steve placed the remote control on the table and folded his arms. “Any questions?”

So it stopped. Mostly. 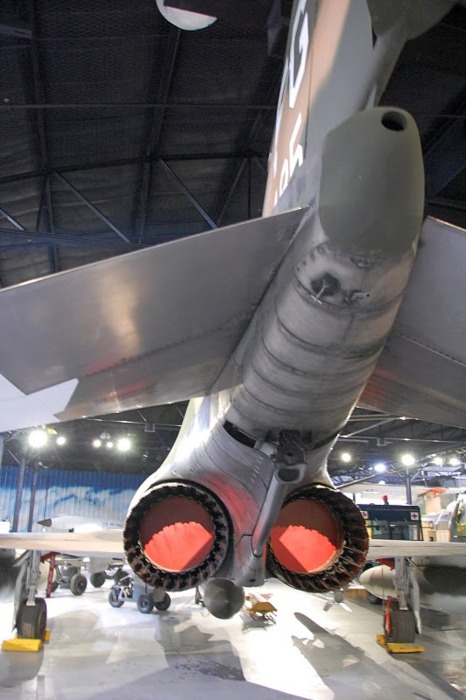 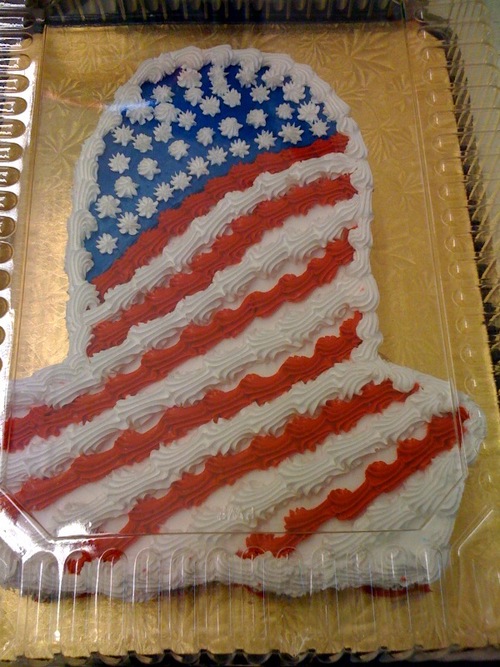 Bruce: There are some SERIOUS flaws in this design, man.

Thor: Team! In our breakfast room there are many delicious nuts of dough remaining!

Natasha: That isn't even slightly sexy.

Tony: All donuts are sexy, Natasha. 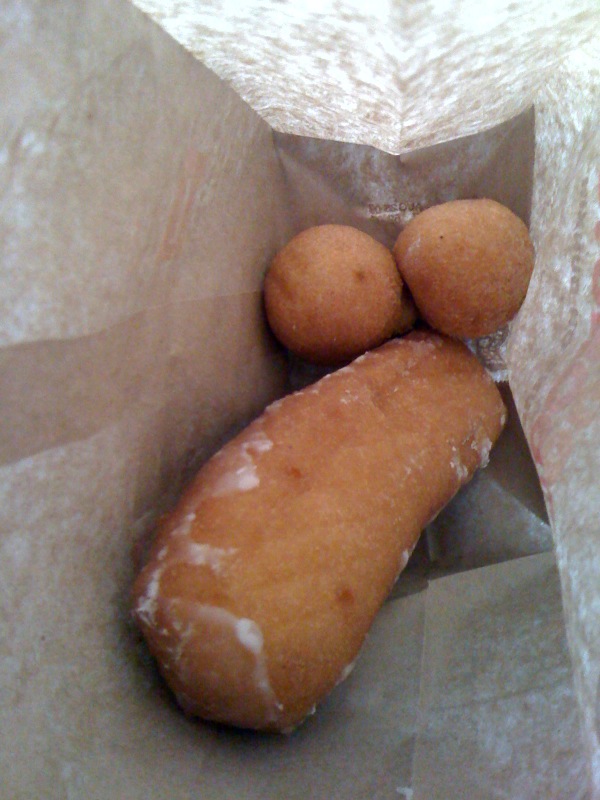 Nick: You know what? I give up.

Beta and coda idea thanks to Copperbadge.

There is a really nice podfic of this story here by kalakirya. \O/