Hermione moves to Forks with her Uncle Charlie. What will await her there? Crossover Twilight/Harry Potter. This story was originally poster on Fanfiction.net under dhfreak06

Will be adding more tags as I write more in the story.

It has been years since I started this story. Hoping to get back into it. Depending on the response will depend how fast I can get into working on these chapters. I originally posted it on fanfiction.net.

I did rewrite some scenes and hoping it flows more as the story process.

If anyone is interested in being my beta please let me know. You will find some spelling errors and grammar errors. I apologies in advance. 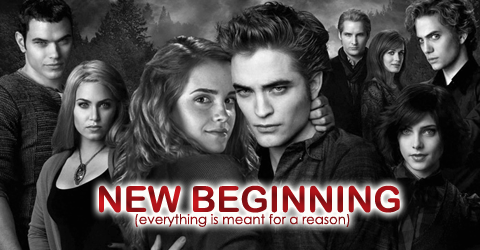 Hermione couldn't take living in England after the war at Hogwarts; she didn't really feel the same after the final battle. The relationship that she had started with Ron soon after had not lasted long. Their constant bickering and arguments had destroyed their relationship; choosing not to destroy the friendship they still had, they decided to go their separate ways. With that decision made, she decided to move away from England for a while, wanting to see something different and experience a new environment for a while, something stable.

That is where she sat now, in a plane heading toward Forks, Washington in the States, to meet up with her Uncle Charlie. Her parent had understood her decision to move to Forks, all they wanted was for her to experience something different than what she lived with in Hogwarts.

Her uncle has lived his entire life in the small town of Forks where him and her mother where raised. He now lived alone after his wife had left him taking their daughter with her. Although Hermione's uncle had agree to take her in, her mother had conditions about her moving there. She had to get enrolled in school once again. She had agree to her condition and planned to enroll as a Senior in school after finding out that her cousin Bella would also be joining her in moving to Forks. Since Bella's mother was moving with her new fiancé to Florida she had decided to move in with her father. Hermione was happy with the idea of going to school with her cousin giving her the chance to re-connect with her. She hadn't seen her since they where young children.

Once Hermione arrived in the airport, she found her uncle and Bella already waiting for her.

Taking a deep breath she slowly walked towards them. "Hi Uncle Charlie. Hey Bella." she said with a small smile as she walked up to them.

"Hi" Bella return the small smile and gave her an awkward hug. It had been too long since they had seen each other making it a little awkward between them.

"I haven't seen you in a long time," Hermione express as they released each other from their hug.

Her uncle had been standing awkwardly beside them as well. It was obvious that they all felt uncountable in the situation. Not being use to showing much emotions around people.

"How have you been Hermione?" He asked her trying to have some conversation. Hermione went towards her uncle and also gave him an awkward hug.

"I have been fine, it's nice to see you Uncle Charlie, thank you for letting me stay with you." she said as they pulled away.

"It's nice to see you too and you are family. You're always welcome." he responded as he took one of her bags.

As they got the rest of Hermione's belonging they headed to Charlie's truck. Already filled with Bella's belongings. Seeing as she had arrived a little before Hermione's plane had landed. On the ride to her new home Hermione look out the scenery taking in her new surroundings.

The ride to her new was filled with small talk. Neither of them really knew what to say. They soon arrived to Charlie's home and all of them felt relieve to be able to get out of the car and the awkward small talk.

"Welcome home girls," Charlie said as they all enter the house.

Hermione and Bella enter the house looking around their new surrounding becoming familiar to the place.

"The bathroom is first door on your right-"

Charlie suddenly stopped, as he caught a look from Bella.

"Dad, I know were everything is," Bella responded to her father. This let out a breath of impatience.

A little relieved to not have to explain everything, he flashed a quick smile at Hermione, before rubbing his hands together.

"Sorry for ditching you girls. But I have to go to work. You can show Hermione around the house right, Bells?"

"Yup," Bella answered as she headed upstairs with her belongings, Hermione did the same as she followed her.

Once they reached upstairs Hermione entered the first room on the left since Bella continued walking to the room down the hall that appeared to be right across of Charlie's room.

"I guess this must be my room then," she whispered to herself, as she entered the room.

She looked around her new home. The room contains a bed, book shelf, a desk, closet, and chair. That was all she needed. She gently placed her belongings in the floor and walked towards the window in her room. As she looked out side the window she saw a forest. It looked beautiful. It reminded her a little of Hogwarts. At that thought she stepped away from the window. She took a big step by moving to the states. Right now wasn't the time to think about her past but about the future.

Hermione quickly finished putting her belongings away. Satisfied with the way the room was she walked out heading towards her cousin's room. As she got to the door she saw Bella was still unpacking.

"You already unpacked?" Bella asked as she saw her standing in the doorway. Hermione just nodded, while seeing her unpack.

"So what's there to do in this town?" She asked Bella. She didn't wish to stay home all-day and think about her past memories, the good and the bad.

"Truthfully, I don't know much of the town." Bella answered with a small smile in her face. Hermione knew that her cousin didn't like going out much. The only place she would go would probably be a library or a bookstore. She knew that because that was exactly how she was.

Hermione didn't know how to make conversation with Bella; she had changed so much through the years. Even though she was real happy to see her, she couldn't truly talk to her about her life. There were too many complications that would just not be logical for her cousin. Like it was often said, "seeing is believing" and she really didn't want to pull her cousin into the world she had escaped from.

With a nod she went back to her room and sat in her bed leaving Bella to unpack. For the rest of the weekend it was quiet amongst them. She and Bella made small conversations about school and books, with Hermione taking out the use of magic in the conversation. However, the weekend went by fast and soon it was time to go to school.