Bruno's been hiding in his tower for forty-five years. Needless to say, he's feeling restless.

Thank you all so much for the feedback on the first chapter, I really appreciate it all! 💕 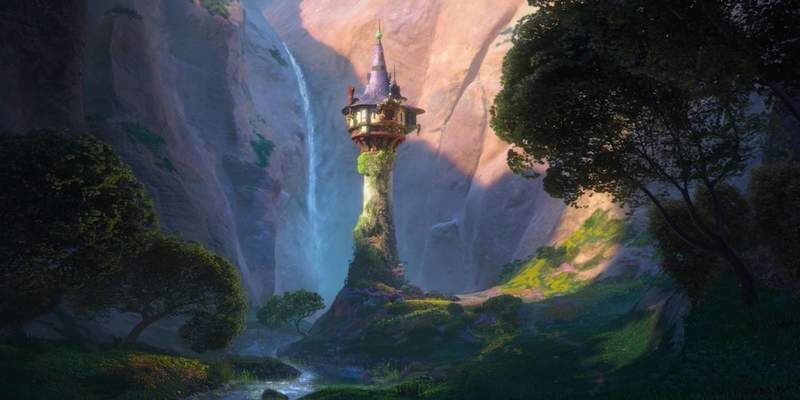 
Bruno woke up abruptly; his eyes snapped open and his hands dug into the mattress, clutching the sheets. His vision was still tinged with green and his breathing came in short, harsh gasps. He lay there, frozen in place and shivering, until the lingering effects of his sleep-vision went away.

It took at least a few minutes to stop, but he couldn’t be sure of exactly how long it took. All he knew was he felt like he hadn’t slept at all. His muscles ached, he felt heavy all over and his head was pounding.

What had it been? A mundane vision, thankfully. Some farmers in a field, herding their cows inside as it began to storm. No one had been hurt.

Bruno turned his head, his hair falling in his eyes, to find two of his rats sitting on his pillow. They were staring straight at him, noses twitching.

“Hola,” Bruno whispered. “I’m okay.” He tried to smile for them. He didn’t think he managed it.

Yawning, he stretched out and climbed out of bed, momentarily closing his eyes and breathing deeply, trying to steady himself. He quickly got dressed- simple trousers and shirt, sandals, his favourite green ruana (three sizes too large but very comfortable, with plenty of space for his rats). He tried (unsuccessfully) to untangle his hair and glanced in the mirror, frowning at his reflection. A short, skinny man stared back at him with long black hair in tangled waves and eyes so big it seemed they took up half his face, heavily shadowed. He looked ill. He always looked ill.

It was probably just as well no one ever saw him. He looked awful.

He had a routine. Every day was a routine. Madré Zarita always insisted routines were good, that she had one too- whatever she did when she left for the day. She never answered his questions. Bruno stopped asking years ago. The last time he asked, he was pretty sure he was sixteen.

After that…Well, it was free time after that. Lots of it. But Bruno always found himself doing the same things again and again.

Visions. Madré Zarita expected at least five by the time she came back to their tower.

Bruno paused mid-sweep to look around the tower. He supposed it was quite large as far as towers went. Maybe. He wouldn’t know, he’d only ever seen his tower. There was the main living space: the kitchen-living-dining area. A cramped bathroom and Madré Zarita’s bedroom where she kept her most precious things- things for spells and potions and her beloved Sun Flower. Up the stairs was Bruno’s room; it wasn’t a very large room, but it was brightly decorated. Lots of green. But the room next to it? It was a wide empty space with no windows and no real light. His vision cave. Maybe Bruno was imagining things, but he swore it always felt cold in that vision cave.

He’d tried painting the walls in there to make it more cheerful, but it never really worked. There was still something downright freaky about the vision cave.

But as for the rest of the tower? It was almost cute. The furniture was soft and pastel, the rug on the floor was decorated with roses. Every inch of the walls were painted, and all of it was Bruno’s work. The tower would have looked much duller if he hadn’t painted it. Well, except for Madré Zarita’s room. He was only allowed to clean in there.

I’m bored, he thought, as he thought every day. He looked at his rats, who were sitting on the table and watching him patiently. Four of them: Rosita, Victoria, Amado and Fidel. Madré Zarita hated them.

She hated a lot of things. He pushed the thought away as soon as it came into his head.

No complaining, he reminded himself.

“I’m bored,” Bruno told them anyway, continuing with his chores. He kept looking around, half-hoping and half-dreading that something, anything would happen. Something new.

But of course nothing happened. As per usual, it was just Bruno doing his chores with a little audience of rats. As per usual, he was alone and would be until at least lunch time, if not dinner. He had to finish his chores and have some visions and…

He sighed, setting the broom aside. Well, there was a blank spot above the fireplace. The sooner he finished his chores, the sooner he could get started on his next art piece.

Today was nothing special, but tomorrow would be. Tomorrow was his birthday and the floating lights would appear in the sky.

Bruno didn’t consider himself a brave person, but maybe it was time to stop hiding. Just for a day. After all, so long as he didn’t make any prophecies he’d be fine. If he could run and hide when he felt an involuntary vision coming, then he’d be fine. Who would ever know about his powers if he just didn’t use them? Then he’d blend right in.

He’d made the very same argument on his eighteenth birthday. It was the only time Madré Zarita had ever hit him.

“I did not save you for you to throw your life away!”

Needless to say, that conversation had gone down like a lead balloon. Madré Zarita had spent an entire week ignoring him, then one day she burst into noisy tears about how Bruno was breaking her heart and wanted her to die alone. She’d sobbed so hard that Bruno had run for her special Sun Flower and sang the magic song to try and heal whatever was hurting her.

She’d made him promise, yet again, to never leave.

He’d promised. He always did.

It was nearly lunchtime when Bruno finished the new painting, right above the fireplace. Compared to some of his other pieces, this one was relatively simple: a rich blue sky, vibrant green grass and trees. The mysterious floating lights, larger and brighter than the stars.

And Bruno, sitting in one of the trees, watching the lights.

It was what he wished for every year on his birthday. To see these lights, to find out what they were.

I feel like they’re meant for me, he didn’t say.

And Madré Zarita would roll her eyes again and change the subject. Sometimes she yelled, then sighed that Bruno was making her the bad guy. She’d ignore him until he apologised and sometimes she’d continue to ignore him anyway. Then she’d go to her Sun Flower, sing her song and re-emerge from her room with no grey hairs or wrinkles, smiling, and tell Bruno to “perk up and do something about those dreadful eye bags, amor.”

But, honestly, Bruno didn’t like using the Sun Flower if he could help it. It seemed so trivial somehow. Madré Zarita’s flower could cure anything, it could save lives; using it to get rid of his eye bags or make himself look younger felt unfair in a way he couldn’t quite put into words.

He set his brush down and stared at the painting. He wished he could step into it, live in it. He bet it would be a lot less complicated in there.

Maybe he’d be happy in the painting.

He climbed down and started to clean the brushes. The rats scuttled around his feet. Fidel climbed up his leg and right up his back to lie down in his hood. Bruno was willing to bet his little friend would fall asleep in his hood, he usually did.

Bruno went back to his room and idly put together one of the sets for the telenovela. He tried (and failed) to put all thoughts of floating lights, paintings, visions and cages out of his mind.

Bruno just needed to relax, that was all. He’d feel better and then he’d go have a vision or two. Duty calls and all that.

He smiled at his rats. “Well then,” Bruno said. “Shall we pick up where we left off?”

This was Bruno’s life: routine, routine, routine. Routine meant safety. Safety meant staying alive. Hidden. There was no time for daydreams and floating lights that probably-definitely weren’t for him anyway.