A Mothers Love - An Evangelion Alternate

"WHAT!?!?!?" Asuka was screaming ....."HOW COULD THEY ?!??? HOW COULD THEY PASS ME OVER FOR THIS LOSER?!?! UNIT 02 IS MINE, IT'S ALWAYS BEEN MINE......" She was on full meltdown.....throwing and or beating up any inanimate object within range.....until she attempted to attack Gisselle, at which point Director Gantz had her restrained and put in a security cell...where as if to prove the point of the Head Psychologist...she went to pieces and was inconsolable for days. After refusing to eat or drink she had to be hospitalized and rehydrated with an IV fluid bag. 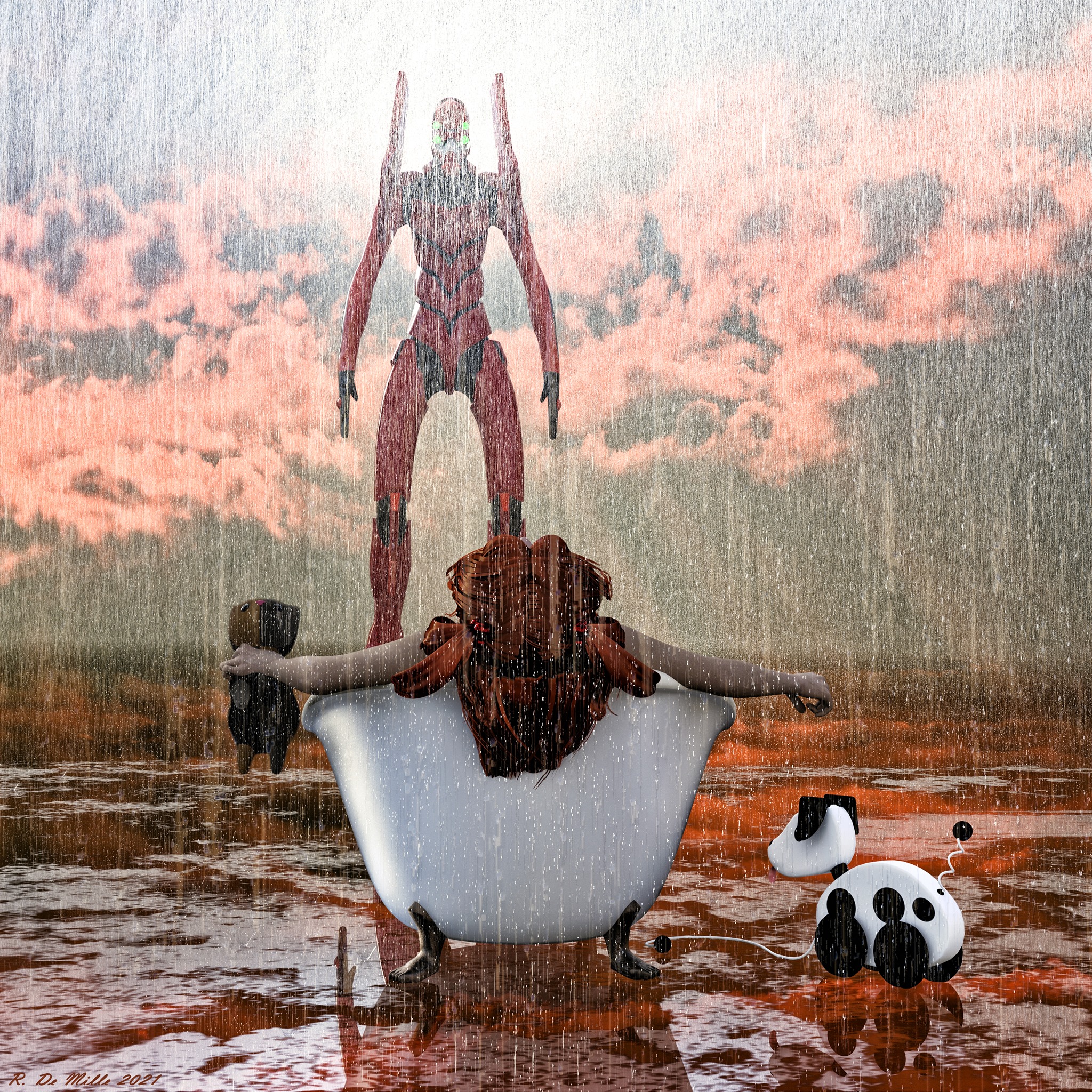 Ritsuko felt the presence behind her mere seconds before a pair of soft male hands covered her face...and a low soothing voice crooned "Have you taken a lover yet, my darling Ritsuko?..You must know I'll always be available for you....."

She giggled in a young girl way that would have surprised everyone else who knew her if they had been in the lab....."So...you've come back to me my darling......." She crooned equally dramatically back at him..."what about your old lady though?...might she not protest?"

Captain Katsuragi looked through the large lab window at Kaji meddling with Ritsuko and inwardly she SEETHED!.."Why that good for nothing piece of filth!"...She ran forward, banging on the window glass, making the couple look up guiltily....

"Speak of the Devil and She will appear" Ritsuko noted blandly.... 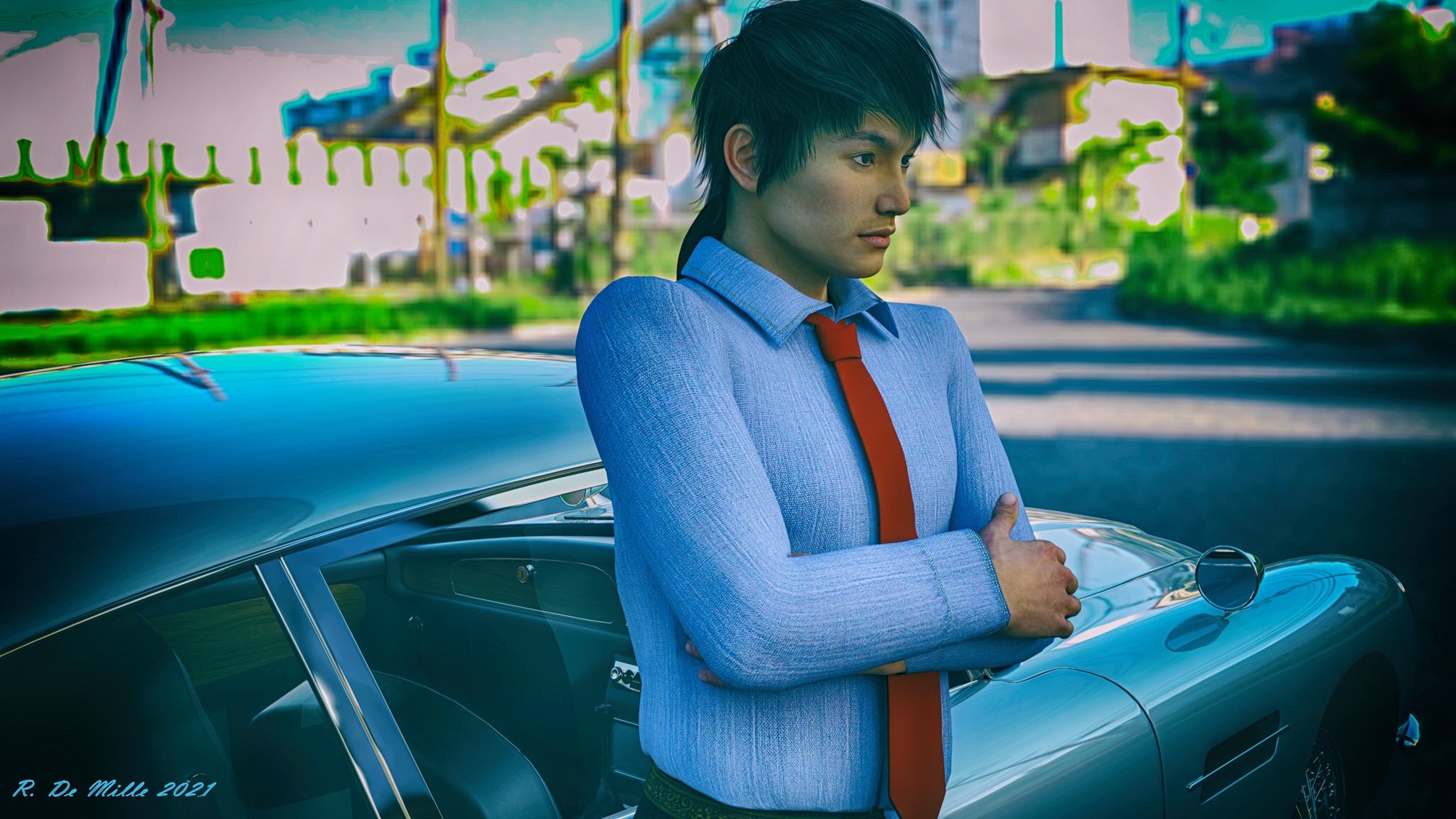 "I want to know what that man is doing here, Director Ikari....he is a trouble maker everywhere he goes and!!!!"

"Slow down Katsuragi.... " Yui sighed deeply...this kind of irrelevant flim flam tired her out quickly these days...she no longer had time to be the peace maker.

"Naoko requested Ryoji Kaji as a military liaison so she can have someone involved with information gathering outside of NERV to verify certain problems we may be blind to. I have no problem with this extra level of investigation....do you? Is this something personal? Because if it is, I suggest you deal with it and move on. I can't be bothered with this kind of trivial nonsense..unless you have firm proof of dereliction of duty or similar charge; Otherwise, please report any other misgivings to Naoko...He's her creature. "

As she stomped down the corridor outside the director's office, Misato was still seething..... "If I'd have known he'd come here I would have declined the assignment.....as IF I'd go to Naoko...any idiot can see she wants the Director's job, but apparently Ikari is a little slow of wit despite being so brilliant."

With each thought, the accompanied emotion played itself across Misato's face quite comically if any passer by payed attention. "I don't know why I'm still so angry at him...." her breath caught in her chest, "I'm the one who cut him loose after all......"

Unit 02 stood bathed in LCL, its black outer shell glimmering in the hanger light....as each system was powered up in sequence....Giselle held her breath as the time came for plug insertion....her black and red plug suit tight on her body...the 4 "eyes" of Unit 02 glowed red with activation.

Director Gantz peered over the shoulders of each tech in turn before ordering...."Disconnect restraints.and drain the LCL., Pilot Sonnen, attempt to walk your unit out of the hanger and onto the surrounding grounds of the facility...nothing fancy now...just walk"

"Jawohl!" Giselle was positively vibrating with alternating feelings of terror, awe, and excitement. There would be no sleep this evening. The LCL fluid was quickly drained into storage tanks underground. Next, complex hydraulics kicked in as the restraints were pulled away and Unit 02 was standing unsupported ....before it took a hesitant step....and fell face first onto the tarmac.....

Giselle thought she had been punched at first....."Scheiss.....-sorry Director..." she mopped a clump of sweaty hair out of her face....the glowing red interface clips in her hair showing she was still connected to the system. She closed her eyes and remembered her simulation training.....and slowly she had the unit back on its feet again.....and slowly , step by step she made her way out of the hanger.

"You'd better be right, Dr. Hellenburg, NERV is not the most forgiving organization"

"Don't you mean SEELE?" she hissed quietly enough only he could hear.

"Mein Gott shut up!" he hissed back...."Do you want us to suddenly disappear?"