Jealousy is a smutty thing

How does Gulf deal with Mew taking selfies for the fans while on a trip with him?

Jealousy is a strange thing.. 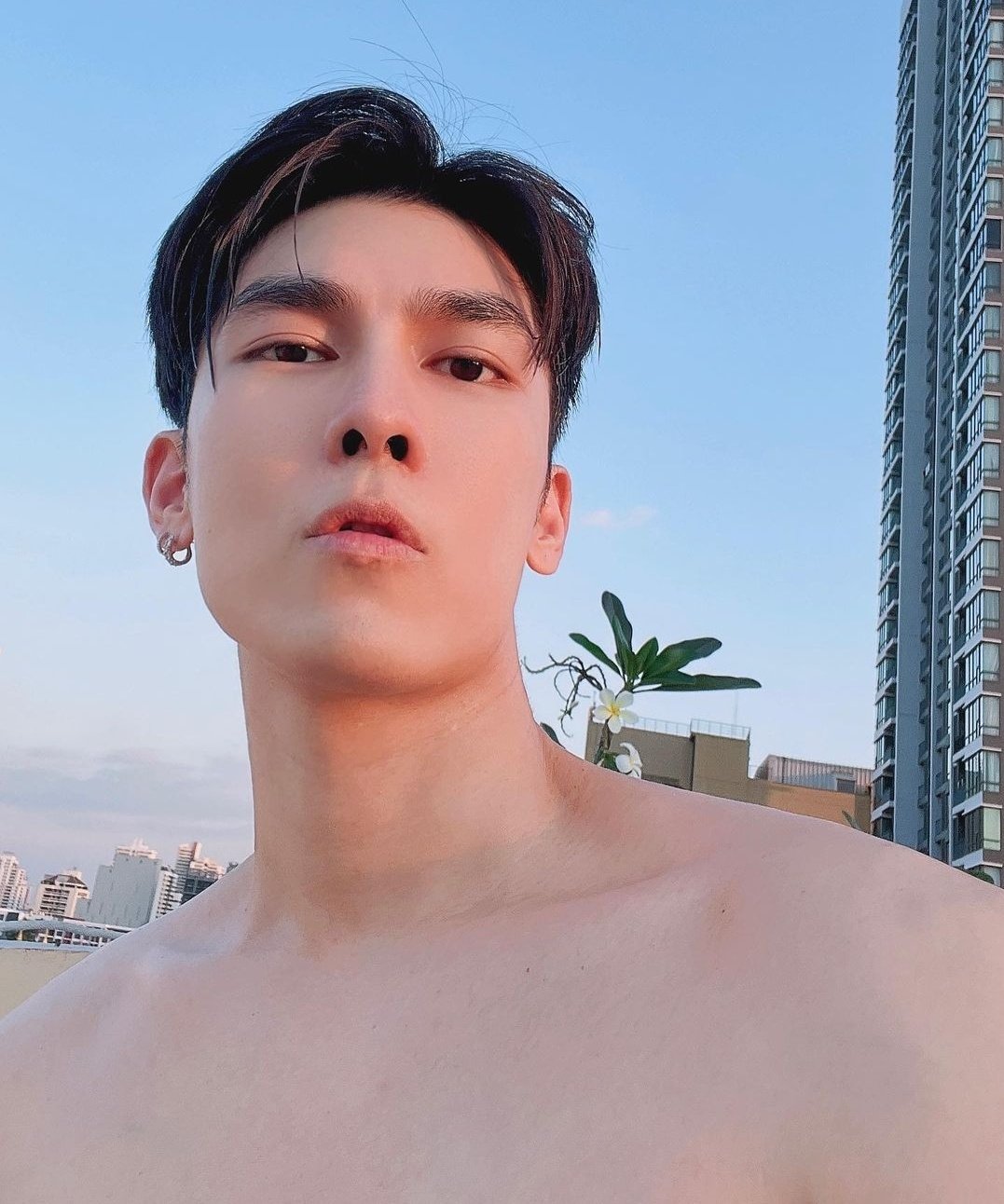 “Mew...? Can you come inside real quick?” Gulf gritted out, his eyes strained on the view outside of Mew taking selfies. shirtless....

“Huh what? Coming babe!” Mew replied and took one more selfie before he retreated back inside but he stopped dead in his tracks the moment his eyes landed on Gulf.

He swallowed hard and his pupils dilated. Right in front of him, in the door opening of the bathroom, stood Gulf with his back too him, his back already slightly exposed as he slowly let his bathrobe slide down his back.

He looked back at Mew from over his shoulder and smirked devilishly and the bathrobe dropped to the floor.

“Fuck.” Mew growled and adjusted his growing cock in his sweats before marched right at him but Gulf slipped around the corner before Mew could grab him.

“Gulf baby! Don’t tease me like this!” He wined but before he could round the corner and get Gulf he was grabbed by his arm and pushed into the filled bathtub with a naked body on top of him.

Water splashed literally everywhere but Mew was more focused on his lover who was now sitting on his lap, smirking at him. His sweats were pulled off in a second and he could feel Gulfs wet ass meet with his overheated growing cock. He hissed and reached out to grab them but his hands were swatted away by Gulf.

Gulf tutted and placed Mew’s hands on the edge of the tub. “keep them there...”

He waited until Mew did so and defeatedly whined as last protest before he looked straight unto Mew eyes and sighed.

“Who were those pictures for?” He asked.

“T-the f-fans...” Mew stuttered, unable to form a proper sentence, his mind blank as Gulf’s hands wandered over his toned wet abs to his hard chest and nipples and lastly wrapped around his neck.

“Oh... the fans...” Gulf hummed and his fingers curled into Mew’s hair as he grinded his ass over Mew’s rock hard cock.

Mew hissed and gritted his teeth to maintain control. His hands were itching to grab his ass and sink his cock balls deep inside once again as he has done preciously. All night long..

“and... what about me?” Gulf continued and smirked. He loved seeing Mew like this. Helpless.. aroused...

“We finally have time for ourselves. And who are you focusing on? The fans. Shouldn’t you focus more on.... this.” Gulf fake sulked and before he said the last word grabbed Mew’s cock, rubbed it over his loosened hole and slipped it inside.

He sighed and moaned as inch after inch moved deeper inside and rubbed along his sensitive walls until that one spot was finally reached and he dropped down the last few inches.

He circled his hips to spite Mew and smiled wickedly seeing how much it affected him.

Mew had thrown his head back and was breathing loudly. His fingers tightly curled around the edge of the tub and his muscles tout and veins popping out.

Gulf slowly started to ride him, water splashed around as he moved his hips and saw Mew go crazy.

“G-Gulf. Oh god please! Let me touch you!” Mew cried out but Gulf only smirked and picked up the pace.

He let out filthy moans and groans knowing it turned on Mew to no end.

“Hmmm... learned from your mistake?”

“good boy.” Gulf grinned and grabbed Mew’s hands and places them on his ass as sign he could use them again. And use them Mew did.

He grabbed both globes, spread them and slammed his hips up so his cock reached even deeper inside making Gulf cry out loud and fall onto his chest from the impact.

Suddenly the roles were reversed and Gulf was a moaning mess on Mew’s chest while he fucked him hard and fast with upward thrusts. He angled his cock just right so it hit Gulf’s prostate dead on each time.

“ah! Ah! N-not so f-fast!” Gulf moaned into Mew’s neck. His fingers tightly wrapped around his shoulder so he wouldn’t fall.

Mew grinned “didn’t you want this! My only focus will be you this holiday. I’m going to fuck you so hard baby just the way you like it. Don’t you?”

Gulf shivered at those words that Mew whispered in his ear and he felt his whole skin prickle and his orgasm coming closer and closer.

Water splashes over the edge and wet slapping sounds mixed echoed in the bathroom. They were both chasing their orgasm and succumbing to the pleasure.

“You’re still so tight baby even as I fucked you all night last night.”

Mew loved riding Gulf up. He would feel him twitch and tighten around his cock, feel him tremble from his words and it only spurred him on even more. He fucked him deep and hard. Next time would be slow again but right now they felt raw carnal desire.

Gulf’s jealousy was what turned him on so quick he inky loved him more for it and he fucked him hard and rough, showing him how much he needed him and only him.

“Oh! I’m so close!” Gulf gasped and tightened his grip around Mew’s neck but sat up so he could look at Mew while they came closer and closer.

He was breathing hard and lips nearly met but never mingled in a kiss. Lips touched and breaths were shared while Mew slammed his cock deep inside. He growled against Gulf’s lips all the while staring deep into each others eyes. Mew pushed Gulf down on his cock with every upwards thrust and saw how Gulf was losing it.

“only you baby.” Mew whispered over and over. “Only you can make me like this...”

By the time they were done the bath was half empty and the floor drenched around it but they just refilled the bathtub and came down from their high while Gulf still laid in Mew’s arms and was slowly nodding off.

“I’m sorry for being so jealous.” He mumbled. “but I can’t help but only wanting you for myself. Why is that.”

Mew smiled lovingly and carefully tilted Gulf’s head by his chin so their eyes met.

“because you love me.”

Gulf smiled and leaned in to tenderly kiss Mew’s lips and whispered;