SERIES 2: A MONTH OF RED

Cale’s brow raised while looking at Clopeh who was shining brightly, almost blinding. The white haired knight nodded excitedly as he grabbed Cale’s hand, and offered a help.

“Do not fret. I, founder of the Marshals of the Legendary Hero, Cale Henituse, Silver Activists of the Roan Empire, with the never-ending heroic deeds and adventures, hero who will never be seen again. Me, Clopeh Sekka, will assist you in regaining thy lost memories. Now, let us go, towards the light of your recorded videos!”

Clopeh hugged Cale over the shoulders and pointed in the sky. The redhead can hear church bells around him, there were weird angels floating around them and feathers falling. Cale looked at the golden haired man just few meters away from him.

‘Who is this weird guy Sir Eruhaben?’

Is what Cale want to ask to Eruhaben who was just awkwardly smiling towards him. The emperor, whom he know, Alberu, was massaging his temples in the corner of the room. Choi Han now is approaching them.

He grabbed Cale’s hand and pulled him, however, Clopeh pulled Cale again.

“What is wrong with you? I told you I’m going to help. Me and Cale-nim, shall ride the wyvern I have bought with me!”

Cale’s ears perked as soon as he heard the word wyvern.

“No, Cale-nim, you won’t be riding that thing.”

Choi Han interrupted and pulled him again, however, Cale put an irritated expression and slapped Choi Han’s hand, he pouted his cheeks and scolded the black haired knight.

He said and then wrapped his hands over Clopeh’s arms. Clopeh almost looked like a champion, he snickered towards Choi Han who was stoned in his place. Clopeh hissed like a snake, his imaginary tail wag as he assist Cale.

Alberu said with a tired face. Eruhaben nodded his head and sighed.

They said in unison as they drag the stoned Choi Han over Cale who was now balancing himself in the wyvern.

“Human! Human! Have you gone insaneeeeee!”

Raon was following Clopeh and Cale who was furiously flying in the sky, Cale was the one maneuvering the wyvern.

Cale shouted happily, Clopeh was laughing behind him, hugging his waist.

“That’s it Cale-nim! You truly is amazing!”

The white haired knight shouted, Cale jus nodded in him and shouted,

He motioned the wyvern to drop in the ground.

Cale was just laughing and smiling widely as he felt the rushing wind brushed over his entire body. The wyvern’s eyes shook when he saw that they are almost hitting the ground, he slammed his wings and flew painfully upwards.

Cale bumped his head, head on the wyvern’s hard neck. Clopeh followed after, he was a bit taller than Cale, his forehead hit Cale’s nape.

Cale felt dizzy and felt a liquid running down his nose.

A voice came out from his back, he then looked at it.

He didn’t finish what he is about to say when the wyvern staggered and stopped flying. It fainted.

Cale shouted with all his might, he don’t have his sound of wind right now. Clopeh behind him was hugging him like they were in some kind of shoujo manga.

The redhead elbowed Clopeh’s stomach, the white haired knight grunted and tried to look for the wyvern’s pedal in their fall.

Cale never prayed that hard for his entire life, he called out the gods he knew this lifetime and chanted series of curses in his prayer.

The wyvern’s body slammed in the ground, it shook the entire grand villa, the running comrades were so pale and shaking as they approached the fallen wyvern.

“Human! Human! Are you alive!”

Choi Han jumped like a devil over the wyvern, he followed Raon who was now pulling something with his paws. It was Cale with a big bump on his head, there were dried tears in the corner of his eyes and he was panting like crazy.

He called the redhead, but Cale just look at Choi Han and continued to whine over the things he have done with Clopeh, who had fainted.

‘I am Cale Henituse, the legendary hero of the Roan Empire. Don’t you dare take your eyes off me!’

‘I shall punish these thieves for harming these pretty ladies.’

‘Of course, I, the great Cale will come to your tea party.’

‘Look at this cape Emperor, it looks great on me.’

Cale shouted with irritation and embarrassment. He covered himself with the blanket and holed in his bed, he can hear the people teasing him.

“Human, you should treat me with ice cream!”

“Young Master is such a cutie.”

“It’s my first time seeing him felt so proud over his achievements.”

“Well, it’s a karma. He literally hit himself.”

Cale covered his ears as he heard the individuals in the room laugh with the last statement. 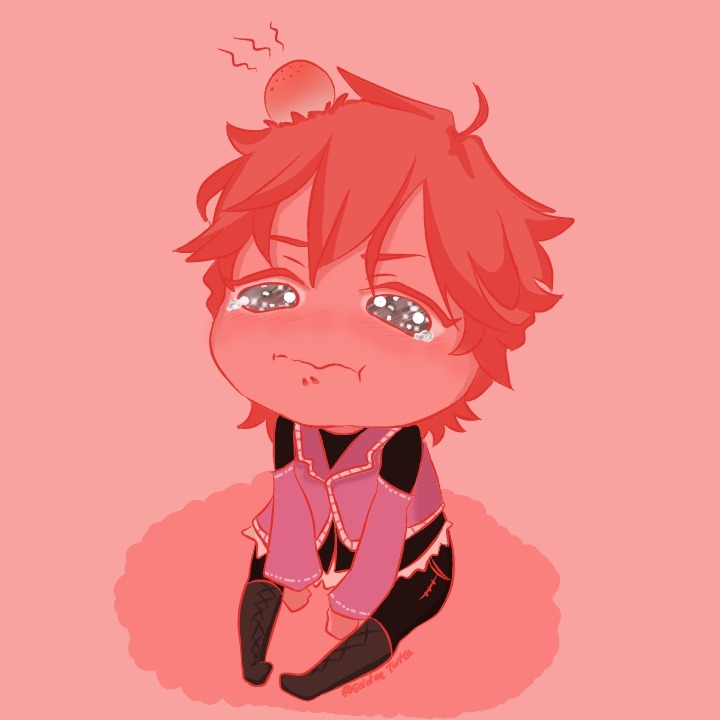