Bucky stood by the lake, away from the wedding party, and gazed at the water, lost in thought. He only noticed that Steve was standing next to him when he wrapped his arm around him.
"Hey Bucks." He smiled at him. "What are you thinking about?" Bucky smiled at him.
"Us. About you and Y / N. Our life. Steve I think I am really ready to step back from all my duties as an Avenger and lead a normal and quiet life. Maybe we can move into a house and adopt a dog ... or we can get goats. Stevie, we have a wonderful life ahead of us and now we have the chance to begin. Together. ”Steve stroked his hair.
“That sounds good. I think I'm ready too. I don't want to be Captain America anymore. I just want to be Steve. Your Steve. ”Bucky leaned against his mate and smiled at her.
"Y / N looks so beautiful today." Steve grinned and Bucky nodded. “She is the best that could have happened to us. I can't wait to dance with her afterwards. Dancing with you two. ”Bucky hugged him and kissed him.
"Let's see how long Stark keeps us waiting." Said Steve and at that moment they heard applause and cheers from the tents.
"Let's get our girl." Bucky pulled Steve with him and hand in hand they walked back to the wedding party.
Tony and Pepper were walking through the crowd. Steve looked for Y / N but couldn't see her. Suddenly TOny and Pepper stood in front of them.

“Stark, you are really lucky to marry this wonderful woman. Pepper- You must be crazy to marry this loonie here. Congratulations to both of you. ”Pepper giggled and Tony could only shake his head.
"Do you know where Y / N is?"
“She wanted to get a little surprise for both of you. She's probably still in the house.“ Pepper grinned and walked through the crowd with Tony.
Bucky grinned at Steve.
"A little surprise?" Steve shrugged and led Bucky to their seats. The space between them was free for Y / N and Steve quickly got into conversation with the person sitting next to him, T'Challa Udaku, the King of Wakanda. Next to Bucky was Natasha, who was grinning at the long-haired Alpha.
"Ha? Did she tell you already? ”Bucky looked confused.
"What should she have told us? Pepper said she has a little surprise for us, but we haven't seen her since the wedding, ”he said, a little worried.
"A little surprise? I'd rather say it's a big surprise. Should I check on her? ”Asked Nat. Bucky looked at Steve, who was still talking animatedly.
"I'll come with you."

They both got up and went into the house. Nat showed him the way to her guest room, where the door was open. Nat saw immediately that the boxes were still on the shelf.
"That's weird, she hasn't been here yet." Nat took the small presents and went into the adjoining bathroom, which was also empty.
"Where is she?" Asked Bucky nervously. He and Nat searched the house, but no trace of their mate. Just as they were about to go outside, Thor came towards them.
"Hey, did you see Y / N?" He frowned.
“Just earlier when she got into the house. Maybe she's already in the tent? ”Bucky ran nervously back to the party and his trained gaze flew over the crowd, but she wasn't here either. When Steve saw his angry mate, he stood by him immediately.
"What happened? Where's Y / N? ”Bucky looked at him a little lost.
"I don't know." Steve hugged him and asked Natasha what he meant by that.
"She really just wanted to get these boxes for you ..." The redhead passed them on to the two Alpha. Both tore the carefully tied ribbons from the boxes and stared blankly at the contents.

"Wait does that mean ..?" Nat nodded.
"Y / N is pregnant. Helen said there was little chance she could get pregnant, but you two actually managed to get her pregnant. But she also said that it was a risk pregnancy and Y / N should take it easy. ”The news of Y / N's pregnancy pleased both of them, but it also frightened them. Y / N was gone and they had to find her.

"What could have happened?" Asked Thor and everyone looked at each other. Several other guests noticed the tense mood in them and came over to see what had happened, including Tony and Pepper.
"Where's Y / N / N?" Tony asked softly.
"We do not know it. She's gone. "Steve admitted.
"How did she disappear? Could she have driven away? ”Tony's voice became high-pitched.
"No, all the cars are still there," said Natasha.
"What are we standing around here, damn it, we have to find Y / N." Bucky said tense and everyone agreed. 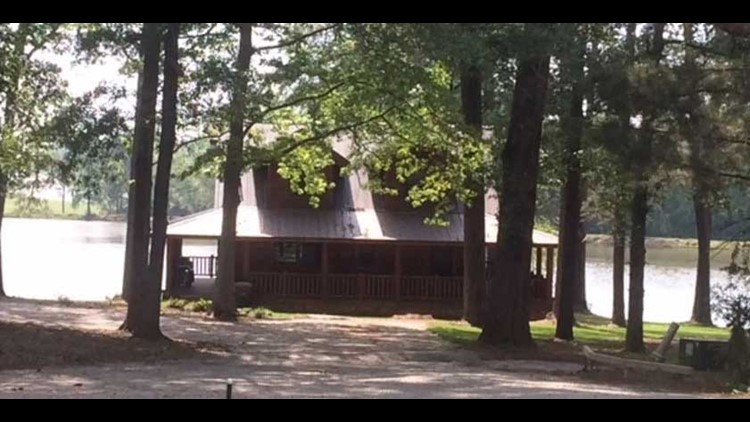 2 hours later they still had no trace of her. Bucky and Steve were both nervous. They both paced across the room while Tony checked his laptop for ways in which Y / N might have gone.
"What about the catering service?" Asked Tony's bride. She had imagined her wedding celebration differently, but now that Y / N was gone, everyone was worried about Y / N and the unborn baby. Tony looked at her.
“Fury has checked the company several times. In addition, they had no access to the house. ”Tony regretted that he hadn't installed FRIDAY inside the house. Only outside were cameras installed, which showed Y / N how she went into the house, but not how she left it. Tony looked for the recordings of the catering service, which first put the food in the tent and then -
"What is this man doing in the house?" Asked Natasha, who looked over his shoulder. They watched as the man came out of the house a short time later in a service car.
"Stop the video! I know the tattoo. "Said Bucky and looked at Steve.
"It's Hydra."

Chapter 43! How did we end here?! And again its Hydra!
There will be no fluff for at least 2 Chapters. Maybe more maybe less. I don´t know yet.

Also secound chapter for today, because you didn´t got that many chapters the last days!

LEave me some feedback!