Y / N dreamed of voices. Loki's voice was in her dreams, but Nat and Tony were also there. Sometimes she hears her other friends too. But there were also voices she didn´t knew and others of which she thought they would never again, even though she was still small at the time she heard them to remember this voices.
Most of all, however, it was Steve's voice. She was gentle and sometimes it seemed like he was reading something to her. She had tried to answer him and the others too, but she had no strength for it. She can sometimes hear parts of a conversation, but all of the voices sounded dull.
At some point the voices began to become clearer. That was the moment Y / N could laboriously open her eyes.

She was in her room. Not in the room in her apartment where she fell asleep, but in her bedroom in Avengers Tower. She tries to listen to herself, to check her body for pain, but there was nothing except a slight tug. She was about to sit up to check her wound when she realized someone was holding her hand. Y / N looked to the side and was delighted that Steve was clutching her hand tightly and his head was beside it. He was sleeping ... He looked so relaxed and young. She should be mad at him, actually. She was mad at him, but could she really be that mad at him? 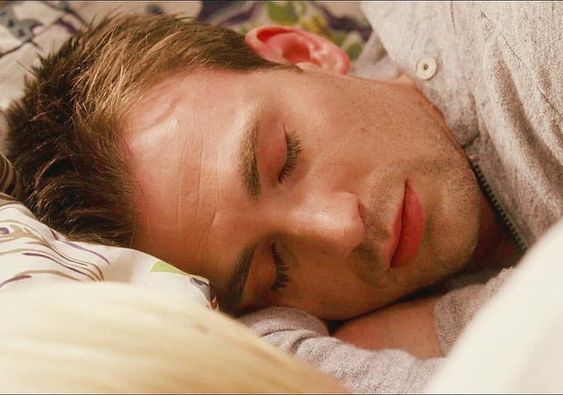 "He hasn't closed his eyes the last few days." Came from the door. Loki stood there and looked at her.
"If it were up to me, he wouldn't come that close to you anymore."
"Loki ..." she reprimanded him gently, but she knew that he just wanted to protect her.
"I know. I know. But I'm right. None of them deserves to be in your presence. They -"
"I know Loki and I won't forgive them so easily either ... He hurt me too much for that."
"How are you feeling, darling?" She shrugged.
"It actually works."
“Y / N / N, your wound was very badly infected. When they found you, your fever was already very high. "
“I got extra antibiotics when I noticed that the wound had become infected. I - I didn't mean that. "Tears ran down her cheeks and Steve moved beside her. He wrapped his arms around her waist and continued to sleep on her lap. Loki stroked her arm soothingly.
"I know that. But it was very stupid to run away from you. Especially a few hours after the operation and then without me. You know if you had just said one word I would have taken you away. I would have taken care of you and none of that should have been. I'm also a little proud of you, by the way. Neither Stark nor Rogers nor Romanoff could find you. ”Loki didn't say that he couldn't find her either.

"I've learned from the best!" She grinned and Loki stroked her tear-stained cheeks.
"I missed your smile, darling." He stood up.
"I'll let you sleep a little longer."
"Loki ... Before you go ... Can you maybe lay Steve down a little more comfortably? It doesn't hurt, but ... It would be more convenient for both of us. Otherwise he would get back pain. "She smiled gently. Loki rolled his eyes, but helped him to lie down differently before he left.
Y / N lay back with Steve's head on her lap. She gently run her hand through his hair.
“You're an idiot, Stevie. A big idiot. But I love you and you are my best friend. And should you do something like that again, I'll show you what I've learned from Nat. I - I don't know if I can ever completely forgive you for all of this ... You fucking hurt me. "She said softly, before drifting back to sleep.

Tony was standing in his lab and smiling. He had won the bet. But nobody had to know that yet.
"FRIDAY, delete any recording from the last 10 minutes from Y / N's room. But please send the backup copies to my private folder. "
"Of course Mr. Stark."
“Tony, you should have been up in bed by now. It's the middle of the night. ”Pepper's voice echoed through the laboratory. He smiled.
"I'll be up in a minute." A short time later she stood in front of him and looked into his face.
"Tony, I know you're worried about Y / N, but I don't think she'll run away again. I know it's hard for you, but she's not a little girl anymore. ”He sagged his head against her.
“I know that too ... It's just ... She's my little sister. And if I hadn't been so stupid, none of this would have happened. Sometimes I wonder if I didn't make the wrong decision back then ... "he muttered into her shoulder.

“Tony, you don't know where you and she would be now if she hadn't stayed with you. You did that, at that time it was the right war for you and her. There is nothing wrong with that. She has become a wonderful young woman with a lot of potential. You can be proud of yourself. ”She kissed him on the cheek.
“And now off to bed with you. Otherwise you'll fall asleep standing up. ”Pepper took his hand and pulled him to the elevator, where he was so tired that he almost fell asleep.

You know i already wrote this whole story on paper.
It was original planed for 19 chapters (+ 2 OS)
Now we are here on chapter 14... And on paper on chapter 7 .... This will be sooo much more chapters!
Next update will be later this day, i´ve already typed the next 2 chapters down.

Leave me please some feedback!