Zane thought he'd learned to expect anything when it came to conversations with Sidewinder. He was mistaken. 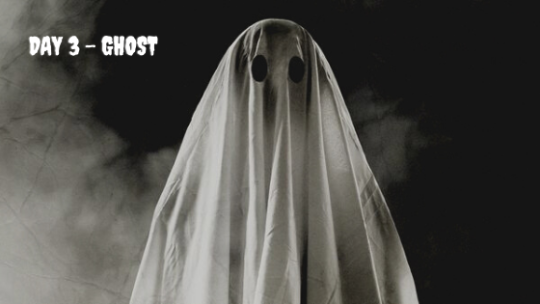 "Hey, Garrett! You ever seen one?"

His relationship with Owen still wasn't to the same level as the rest of Sidewinder but they'd been making progress for Ty's sake. Still, Zane didn't think he understood what was going on in Owen's head most of the time, compared with the rest of the team who he thought he'd figured out. This question only confirmed that suspicion. "Seen one of what?"

Zane might have chalked this up to Owen drinking but he'd only had one beer so it was unlikely he was in any way impaired. So what brought this on, he could only guess. "Can't say that I have. Do I even want to know why you're asking?" He didn't think that he did but either way, Zane knew he was about to find out.

"I saw one. Great granduncle or something like that."

Raising a brow, Zane didn't comment, simply took a very pointed sip of his tea and waited for more of an explanation.

It took Owen a moment to realize Zane wasn't going to comment. He glared briefly but continued on. "He was important out west. Stuck as a ghost. He told me."

Kelly, either taking pity on his brother in arms or enjoying watching him suffer chimed in. "Yeah, we were there. It was weird as fuck. Don't know what the hell that was all about but there was definitely something going on." He paused and thought for a moment, "Plus there's the ghost who gave Nick crabs."

Choking on his beer, Owen's head whipped around to look at Nick. "I'm going to need someone to explain that to me. My great grand uncle is one thing. He just messed with lights or whatever it is ghosts do. How the hell did one give you crabs, O?"

Ty laughed as he walked into the room and settled himself on the arm of Zane's chair. "I'd forgotten all about that. In Scotland, Nick and Doc found a hidden passage through the creepy old house where people kept dying. And Nick couldn't stop scratching himself afterward. So, clearly the ghost gave him crabs."

"That is NOT what happened!" Nick said and sat down to try and set the record straight.

Zane tuned them out, wrapping an arm around Ty and just enjoying the comforting chatter of the team around them. They didn't get together enough anymore, with Nick and Doc being off traveling the world, Digger in New Orleans, Owen in San Diego, and them in Baltimore. When they all got together, it was nice. Comfortable. Like being with family that you never asked to have but couldn't live without. He still didn't understand how he ended up with this life but listening to the men around him laugh, he couldn't have asked for anything better.

"So you didn't get crabs from the ghost?" Digger asked, sounding disappointed. "I mean, if you have to get them, that would be the way to do it if you ask me."

"But nobody did ask you. And I didn't get crabs. Not from a ghost or from anyone!"

"You admit there was a ghost though!"

"I admit no such thing!"

Zane couldn't help but laugh at that. The conversation was so ridiculous, but like everything else Sidewinder did, it sounded deadly serious (and did involve the dead so maybe it was).

Leaning over, Ty gave him a quick kiss. "Want to be ghosts with me after we die? We can haunt Nick and then he'll really have a ghost story to tell."

"But no crabs, right?" Zane asked, unable to stop laughing.

Ty shook his head. Taking a sip of his beer, he pondered it for one moment. "No, I think he'll need to find a way to give himself the crabs."

Nick sighed and tipped his head back to look up at the ceiling. "God knows why, but I do."