Jaskier is in love with Geralt. Geralt is not in love with Jaskier. Eventually, hanahaki sets in, a terrible disease that leaves Jaskier choking to death on buttercup petals.

Written for the What About The Bard? event over on Tumblr. This prompt was "Hanahaki" and I had to look it up because I didn't know what it was: "The Hanahaki Disease is an illness born from unrequited love, where the patient’s throat will fill up with flower, they will then proceed to throw, and cough up the petals, (sometimes even the flowers)."

The first time Jaskier coughed up a flower petal it was odd, but not an emergency. He thought, perhaps, that he’d inhaled it as they walked past the last meadow and he was only now noticing it. In any case, he looked at the little bit of yellow curiously, coughed a couple more times to make sure it didn’t have any friends, and continued on his way.

The second time it happened was definitely more strange. He was sitting in a tavern with Geralt and Eskel, whom they’d run into on the road, enjoying a tankard of surprisingly good ale, when a coughing fit came upon him—and when it was over with, on the table in front of him were a half dozen small yellow petals. Rather than concern anyone, he swept them to the floor and returned to the conversation with a smile, though in the back of his mind worry was beginning to grow.

He started feeling sick—congested, like he had a chest cold, though he had none of the symptoms. It was harder to breathe. His cough was persistent now, usually producing nothing but sometimes producing a handful of little flower petals, and other times, flecks of blood. Jaskier continued to hide the more troublesome symptoms from Geralt and, at the next large town they stopped in, went to see a healer, who listened to his breathing and prescribed him a tea made from some herbal concoction. It tasted terrible and, worse, didn’t help at all.

It was impossible to hide the cough from Geralt now, he was hacking away constantly, but the first time he coughed up flowers in front of him, well…

They were getting ready for bed at the inn they were staying in for the night, Jaskier stripping down and putting on his sleep-clothes, when a coughing fit hit him suddenly, harsh and violent. He coughed and coughed, his hand up over his mouth and when he was finally finished, gasping to catch his breath, his hand was full of bloody yellow flower petals.

The look on Geralt’s face when the Witcher snatched his hand to inspect the petals told him not only that he knew what Jaskier’s ailment was, but also that the prognosis wasn’t good.

A word Jaskier didn’t recognize in a language he didn’t know. Geralt explained that it had started off as a curse, centuries before, but had become contagious and eventually turned into a kind of disease, though a rare one. It struck those suffering from unrequited love, those who were deeply in love themselves but didn’t have that love returned. The flower petals were symbolic—they would be from the favorite flower of the person he loved.

Even when asked, Jaskier couldn’t tell Geralt it was him he was in love with. A secret love, hidden under the guise of friendship. A love he now knew for certain that Geralt didn’t return because it was killing him. He would eventually choke on the damnable flowers, suffocate on the petals and die.

Geralt was determined to find a cure. He dragged Jaskier all over the Continent, consulted with every healer and Sorcerer and Witch to no avail, all the while Jaskier was getting worse, his breathing labored and the flower petals coming thick and fast.

The day he coughed up a whole flower changed everything. Geralt recognized the buttercup immediately and reeled back—Jaskier crushed the flower in his fist and turned tired eyes on his friend, thinking back to the day Geralt had told him that buttercups were his favorite. They were hardy, they were prolific. You couldn’t keep them down. They were fighters, the little yellow flowers.

Now Geralt knew, and Jaskier was too exhausted to do anything but blink against tears.

Eventually, Geralt wrapped his mind around the fact that Jaskier was in love with him. But he blamed himself for Jaskier’s condition in the next breath. It was his fault Jaskier was sick. It was his fault, for not loving him the way he loved Geralt. Jaskier talked circles around the fact that none of it, in fact, was settled on Geralt’s shoulders. Neither of them could help how they felt.

Geralt kissed him, desperately, hoping it would help. It didn’t.

He offered to make love to him, but Jaskier declined; it wouldn’t be making love, it would be fucking, and that only because of his illness. He didn’t think he could handle Geralt touching him that way without meaning it. And it wouldn’t work anyway. Not if Geralt wasn’t in love with him.

Eventually, as all things do, they ended up back at the beginning, in the inn in Posada where they’d first met.

Jaskier was so tired, too tired to eat, too tired to drink, and besides, the flowers clogged his throat, threaten to choke him. Their room was sprinkled with bloodstained petals everywhere, but Jaskier just laid down on the bed after a while, his breath rattling in his chest and his eyes closed against the pain. Geralt joined him shortly, spooning up behind him and wrapping an arm around his waist, holding him close.

This was the end and they both knew it.

“I’m sorry.” Geralt whispered against the back of his neck, still blaming himself, “I’m so sorry.”

“Don’t,” Jaskier rasped, voice thick with petals and exhaustion. He took a shuddering breath, and finally, after so many years, said the words out loud; “I love you. And it’s… an honor. To die for you.” 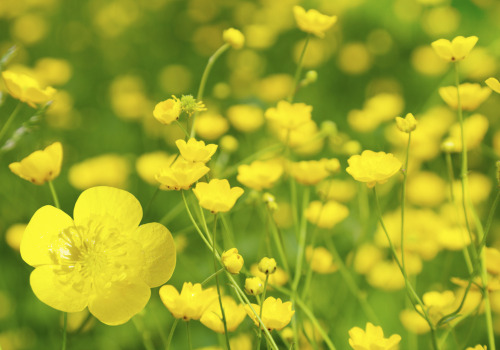 Come yell at me on tumblr! :D