I wrote this based on a sketch I've been working on during my statistics class. I'll try to link it.

Raya knocked on Namaari's bedroom door. She grew more nervous as she heard shuffling in the room; she quickly brought her hands over her chest, covering her breasts. Her rights leg behind the other gently rubbing up and down her left calve.

Namaari opened her bedroom door, finding herself speechless, seeing Raya and her choice of swimwear. It was a strapless teal swimsuit with a cut in the center, giving Maari a clear view of her muscular abdomen. The one-piece had a dark green embroidery within its flowers and waist belt. She looked gorgeous, but it was apparent she felt unsure about the outfit.

"My Ba gifted it to me..." Raya whimpered as she brought her right hand up to her face brushing away some of the loose hair falling on her face. She decided to put her hair in a full braid today, knowing she would be thankful for that later when she showered off the saltwater and sand.

Raya found her eyes glancing over Namaari's swimwear. She was wearing a matching sports bra and boxer briefs. The set was a white color with gold bands around her sternum and waist. Her sports bra also had mesh panning between her breasts, giving Raya a full view of her cleavage, which she was very thankful for!

"LOOK," Raya squealed as she turned around, showing Namaari how she tied her hat around her neck.

Namaari placed her hands on either side of Raya's shoulders, "You look different, but that doesn't mean it's a bad thing." She grins, "It's actually quite appealing, strangely."

Raya tilted her head to the right, confused and overwhelmed. "Appealing...Like you wanna borrow it?" She whispered

Namaari raised her eyebrows, entirely astonished by Raya's oblivion. She could drop the topic and allow Raya to continue to be oblivious to her affection or make it clear to Raya once and for all. She smiled before she leaned closer to Raya's right ear, whispering, "I actually think it will look better on my bathroom floor!'" She paused, hearing Raya gulp, satisfied; she continued, "Only if I'm the one who strips it off, though."

Raya whimpered; there was no way she could reinterpret this into something platonic. So she stood there in shock for a second before pulling away from Namaari and smirking, "What's a little tongue between friends, right?"

Namaari stepped back from the utter surprise; she just chuckled, "You're such an idiot." Maari is certain Raya hasn't fully processed her words, less her own: Probably in like ten minutes, Raya is going to spiral into embarrassment. For now, Namaari is taking what she can. "Let's go! Everyone must be waiting for us down by the beach."

Raya nodded, but her mind was entirely in her head, trying to grasp their previous conversation and what it intended. Namaari must have noticed because she smiled, leaning down pressing a gentle and quick kiss on her lips. "You're already in your head whats a little bit more," She said smugly.

Namaari pulled away from Raya, seeing pink began to appear on her cheeks. Raya looked back at her with pure confusion and affection, Maari only rolling her eyes as she began to walk down the hall. However, she could not hear Raya's steps following her, so she turned to find Raya hadn't moved. "Okay, you're allowed to dwell in your thoughts, but please get on my back so we can make it to the beach while the sun is still out," She stated as she walked back to Raya, turning her back to her.

Raya exhaled. "Okay, just be quiet...I need to think," She breathed out as she propelled herself onto Namaari's back.

Namaari effectively grabbing onto Raya's thighs, adjusting her for her own comfort before setting off to the beach.

Raya found herself staring at nothing in particular, her gaze upward as she felt her heart beating faster, entirely in awe of what just happened. 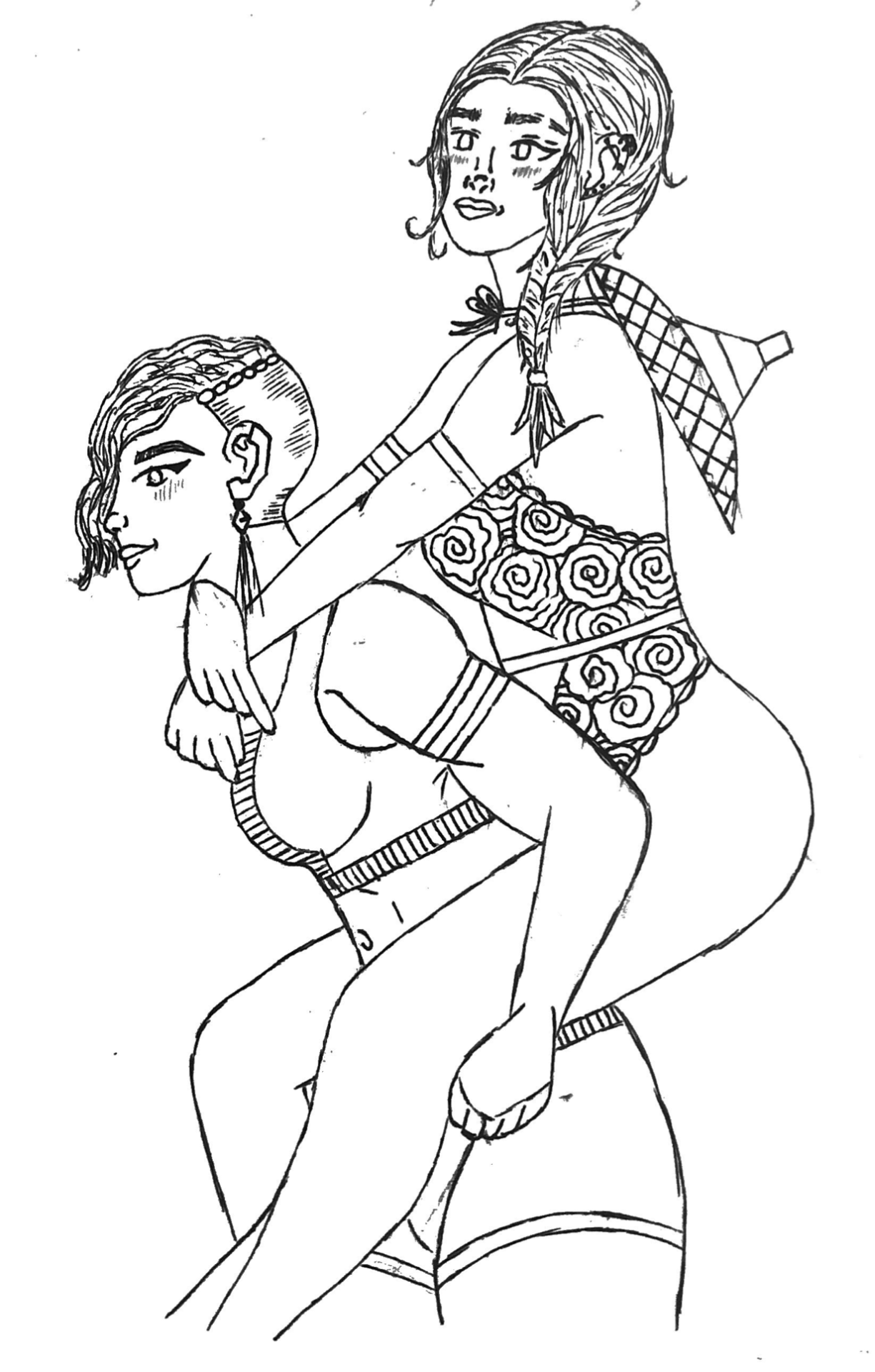