Tuor and Idril sailed away into the West. But how did that happen, and what came next?

Written for the Tolkien Reverse Summer Bang 2021, slide 27 Tuor and the Sea.

I have previously written a version of Tuor as a sealion skinchanger: this story is set in a slightly different universe where Tuor does not have such abilities.

Chapter 1: A Fairytale of Eriador 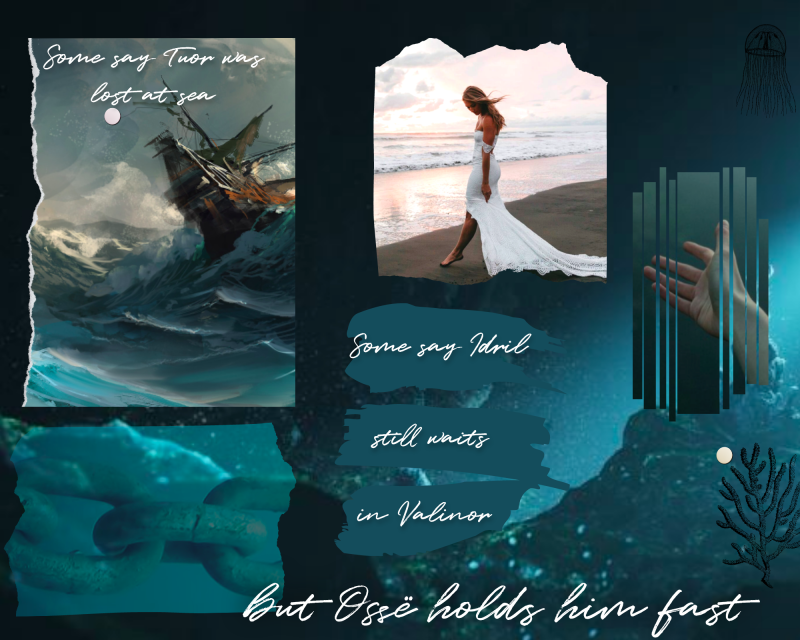 Once upon a time, in a kingdom far away, there lived an elven princess wise and fair.
Her name was Idril, and she was the only daughter of her father, the King.

One day Tuor the Man came there. His home had been conquered by Lorgan Orcfriend,
who had caught Tuor and made him into a slave. But Tuor escaped.

Now, the Sealord Ulmo knew that Lorgan wanted to make everyone in the whole world
into slaves, and so he found Tuor, and sent him to the High King, to warn him.

Tuor found a way to the secret city of the elves, and because he was so brave, princess
Idril fell in love with him. But the King was too proud to hear the warning he brought.

When the terrible enemy attacked the city of the elves, Tuor and the princess and their
little boy escaped through a magical tunnel that the princess made, and they went away
and lived in the Havens by the seashore.