This is a wee surprise chapter that I hadn’t planned on writing, but after the last one everyone was really eager to see Jamie’s reaction to Claire’s letter. So. Here it is. 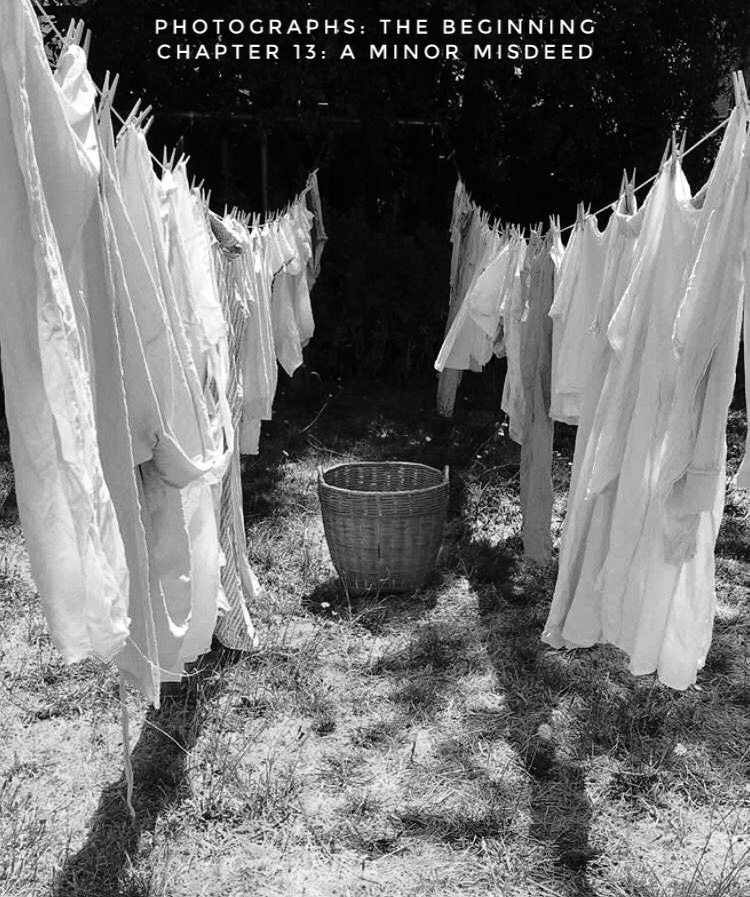 Jenny grabbed a couple of clothespins from the basket, handing them to her husband as she threw the wet bed sheet over the drying rack in the back room. It was far too cold to hang them outside, so the room off the pantry worked just fine. Trousers, shirts, and dresses lined the ceiling already, clipped to several strings of clothesline that had hung there since before Jenny was born. She could smell the scent of the soap unfurling as the sheet moved in the air. Ian quickly fastened it to the line with the clothespins, then they moved to the next item in the basket.

It was nearing noon, both of them hungry for lunch. Breakfast had been a number of hours ago, and chores had started before that. Ian had made his way to the sheep pen, checking to see how they’d gotten on in the night, if any animals were sick or injured. Jamie’d rushed out of the house before sunup to chop wood, and Jenny had gone to milk their remaining dairy cow.

Ian’s stomach rumbled, as he grabbed a clothespin from Jenny, his wife laughing at his large appetite.

“Leftovers, o’course. Once we get this basket emptied, we’ll go in and eat. Don’t know where Jamie got to. Suppose he’ll eat when he gets back.”

“He said something about going to the post office. He seemed quite certain that today was the day.”

Jenny shook her head. She felt sorry for her brother - he moped, obsessed over the post, shut himself in his room to write letters to Claire. At least he got his chores done, though, she thought.

“I wan’t you and Jamie to check up on May - she was none to happy while I was milkin’ her this morning. Perhaps she’s ill.”

“Don’t want to, but we might have to call on Doc Douglas to take a look at ‘er. We can’t afford to have her get ill. We rely a lot on the money from the milk I sell - you know that.”

Jenny threw out a bath towel, pink with fringe on either end. Throwing it over the line, she looked up, hearing the roar of an engine coming up the lane.

“There’s Jamie now, Ian. Come on, let’s get this done.” She moved more quickly as she watched from the window at the side of the house as Jamie pull his motorbike up next to their truck. His face was pink with cold, and she could make out a wide grin on his face.

“Oh - what’d I tell you - today was the day, wasn’t it?” Ian remarked, waving at Jamie, who flew into the house without a word to either of them.

“Eh, let him be, Jenny. Not everyday he gets to hear from her. Hope it’s steamy, though. Hard to wank to a dull letter.”

Ian earned himself a slap on the arm from Jenny, and he laughed as she shot him a stern look.

“I dinnae need to know that, Ian!” Jenny scoffed, picking up the now empty baskets and heading inside. “Come along. Let’s eat. You can check on May later.”

By Christ, Jamie’d nearly fallen over himself at the post office, gripping the letter with his named scrawled across the front in Claire’s neat handwriting. He’d stumbled his way back to his bike, then sped home, fighting the urge to stop on the side of the street to devour its contents.

Now, he was in his room, door shut tightly behind him. He’d read the letter three times already, and though the bit about the infected toe didn’t do much for him, he smiled each read through, imagining Claire, bent over a book, or in a classroom. Each time he got to the end, he ran his finger over her name, the small heart she’d drawn telling him all he needed to know.

At last, he put the letter aside, falling back onto his pillows in a dreamy huff. He closed his eyes and let the images flow freely. Claire - the last time he’d seen her - had been wearing the same dress she’d had on when they’d first met. The night in the boathouse came rushing back; Claire with her skirts up, chest heaving and cheeks pink. Jamie quickly sat up, opening the drawer of his beside table to pull out a wee box he kept tucked away in the back, away from prying eyes.

Lifting the lid, it was the first thing he saw: Claire, standing at the dance hall, heels hanging from her fingers. God, she was gorgeous, her red lips and wispy curls enough to make Jamie’s stomach clench, desire rising within him.

He’d not so much as kissed her since that first night, and as he bit his lip and thought about it, surely Christ wouldn’t judge him for a quick tug under the circumstances. Jamie sighed, his arousal now very evident. He quickly stood, going to the door to listen for anyone who may be making their way up to his room. All was quiet though, so he contentedly leaned himself up next to the bedpost, his skin tingling as he undid his trousers. He wasted no time, fisting his cock and stroking himself, the intense pleasure causing his knees to shake. He cupped his balls with his other hand, unable to help imagining it was Claire instead.

He didn’t last long, spilling his seed on the floor as he tried to catch his breath. Hearing footsteps coming up the stairs, the spell was broken, and he quickly fastened his trousers, then cleaned the floor until no trace of his misdeed was evident.

Christ, he thought - was it Spring yet?