As always, the image in the beginning is kind of a reference to what Wei Wuxian looks like. 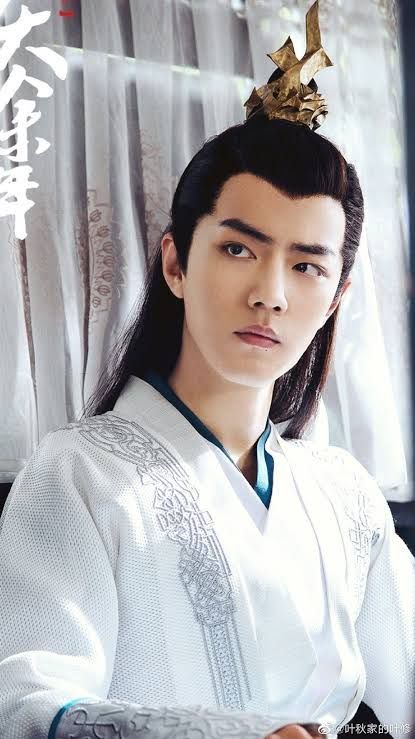 To say that Jin Chan's father was furious would have been a lie.

The man looked like a rabid dog once he finally decided to step foot on Cloud Recesses.

Wen Ke Xing left as soon as he was absolutely sure that his dumb child was in good hands, not before batting his eyelashes coquettishly at Hanguang Jun like some shy maiden. The only thing he earned for his troubles was a glare and a "shameless..." from Hanguang Jun, and a bonk to the head with Wei Wuxian's fan, but it had been fun.

A-Xu would be pissed and would probably smack him over this when he got home. But no matter, it had been quite fun to play there for a bit.

Now, Jin Wan, the unfortunate boy's father, was sat next to his bratty child in front of Lan Xichen.

"To what do we owe the honor of your visit?" He asked as cordially as possible. Jin Wan was an important man, so to speak, he had been Jin Guangyao's advisor and that made him believe he still held some kind of power. Jiang Wanyin had warned Zewu Jun to be wary of this man.

"I want to know why instead of punishing that little delinquent that assaulted my son, my poor child has been expelled. And by that degenerate Wei Wuxian! What power does that man have to expel my son?"

Zewu Jun was beginning to feel that soon, the headache he woke up with due to falling asleep on top of his reports the night before was going to become very annoying. He called for one of the disciples to bring 'Lan Ying' and Hanguang Jun.

"Lan Ying and Hanguang Jun will be able to better explain the situation."

"And who is this Lan Ying?"

Zewu Jun noted that in all this time, Jin Chan had not said a word. He sat primly next to his father, looking at the floor. His eye was turning blue and his scalp was red and bruised from where Lan Jingyi had pulled on his hair. He even had a bite mark on his right cheek.

Lan Jingyi was truly the most un-Lan Lan to ever be born in Cloud Recesses.

After a few minutes, the door to the meeting room opened and Jin Wan was ready to get up and demand an explanation from Hanguang Jun and Wei Wuxian, instead, however, he stood there, perplexed at the image before him.

Two elegantly dressed people in light blues and whites walked into the room. One was easy to recognize, as it was Hanguang Jun, but it was impossible that the beautiful and ethereal creature that held his arm was the fearsome Yiling Laozu.

Hanguang Jun guided his husband in, helping him sit down, and sat beside him. Jin Chan didn't even look up at them.

"Brother in law." Wei Wuxian greeted Zewu Jun, taking his husband's arm delicately once again. He then turned to Jin Wan and his son. "So you finally deign to show up for a meeting."

"Master Jin, we sent you a letter before so you would come to Cloud Recesses to speak to you about your son's situation. I suppose it's not as important to you until he gets expelled." Wei Wuxian replied.

"In any case, it does not matter anymore, your son caused several fights and he was punished. He did not learn his lesson so he was sent home."

"My son would not dare to start a fight!"

"Lan Jingyi was born here in Cloud Recesses and grew here, he has never started a fight himself." Hanguang Jun commented, not looking at Jin Wan, his husband's delicate hand resting on the crook of his elbow.

But he sure does know how to end them. Is what Zewu Jun wanted to say, but he kept it to himself.

"How can you assure that my son was not manipulated by this wicked Wei Wuxian to fight with others? This is obviously a ploy to disparage our family."

"Master Jin, I don't even know who you are, why would I want to disparage you? Why would I make Jin Chan be a bully to my own nephew? Admit your son is a miserly little child and move on."

"Master Jin Wan, your son attacked and tormented Jin Ling constantly, he is my sworn nephew, son to my beloved Shijie, forgive me for wanting to defend my relative from a petty little boy such as your son. I warned Jin Chan several times in many kind ways that it is forbidden to fight here and he didn't care, if he managed to try the patience of a Lan sect disciple that's nobody's fault but his own."

Wei Wuxian looked away, he was no longer addressing Jin Chan, a sign that he had said all that there was to say.

Jin Wan looked like he wanted to throttle Wei Wuxian.

"It is more than obvious that the Lan sect is not what it used to be, allowing a treacherous fox such as Wei Wuxian to teach the youth. It's better if my son is not here any longer, this corrupt sect does not deserve his talents."

"Now listen here!" Wei Wuxian stood abruptly, with his white and blue robes and his lotus flower silver headpiece, he looked like a vengeful spirit. "I will not allow you to come here and insult my family and my sect!"

Dark clouds of resentful energy surrounded Wei Wuxian for a moment, dark silhouettes of what seemed to be hundreds of angry spirits surrounded him.

"Did you hear what he said?" One of the shadows said.

"He insulted A-niang." Gasped another one.

"We should eat him." A soft, childish one suggested.

"Let's eat him!" Another cackled.

"A-niang, let us devour this man." One of the shadows gently tugged on Wei Wuxian's sleeve.

Zewu Jun did not move from his place, instead, he took a soft sip of his tea.

"Jin Wan, please take your son and leave the Cloud Recesses, unless you wish to anger my brother in law further." Lan Xichen suggested placidly.

Now that Hanguang Jun had taken Wei Wuxian's arm, he had calmed and now smiled kindly up at his husband, he no longer looked like an angry demon, instead he looked like a benevolent god.

Jin Wan tugged on his son's arm and they traipsed out of the room as quickly as they could.

"I have a lot of energy today, and that loafer Wen Ke Xing taught me a few tricks."

"I don't think Jin Wan will be coming back." Lan Xichen commented, leaning forward on the table to look at where he had been sitting. "I think he left a strange stain there on that cushion, we'll have to burn it.."

Wei Wuxian continued giggling and cackling until they went back to the jingshi. It was really fun to be him 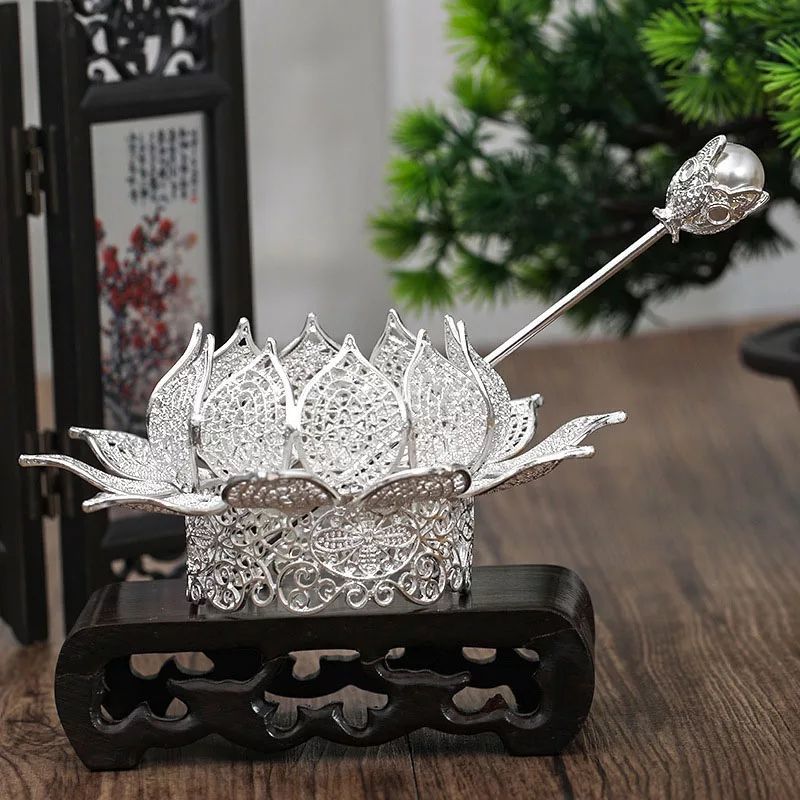