Gavreel really wants to get a pet, but Cairo doesn't want one yet. Guess who won in the end...

Please talk to me, lemme know what you think :) I like talking to people in comments <3

The sky outside had dimmed a bit and it started to drizzle outside. Cairo could smell that distinct earthy scent the ground emits when it starts to rain. He remembered that Gavreel was still out for his afternoon jog. He was finishing up some freelance work when Gav went out, which was almost an hour ago. Admittedly, the work was a bit of an excuse, because he didn't feel like it. Alas, even after all their years together, Gav's health nut lifestyle hadn't fully rubbed off on Cai. He would be the first to admit that exercise to him was still very much a chore, something he wouldn't consider doing, if it weren't for Gav. The only other reason he would allow himself to be coerced into it from time to time was that he derived secret pleasure from getting to be seen with and ogle his built boyfriend, glistening with sweat, a gorgeous picture of male vitality.

Cai shook off his wool-gathering as he started to worry. He was about to text Gav when he heard the front door open and close. He looked up from his phone screen, expecting Gav to call out to him. But he only heard faint shuffling in the main room. Growing suspicious, he stood up from his workstation and headed out to investigate.

“Gav? Baby? Where are you?” He asked while checking each room that he passed. He found Gav crouched low on the guest room’s bath, his back to the door. “How was your jog? What do you have there?”

“What have you done?” Cai sighed.

Before Gav could answer, Cai heard a faint, pitiful “meow” out of nowhere. Gav turned and stood up to reveal a tiny mangy kitten he’s been holding close to his chest. The kitten was a thin little orange tabby, with its fur dulled by mud and dirt. It had gunk on its eyes and ears. The poor pathetic thing was holding on for dear life on Gav's dri-fit shirt

“Gav! We talked about this!” Cairo half-expected and half-feared this day. Gav was definitely the type to bring home a stray.

He had been making noise about getting a pet for the past few months. It started with him randomly getting dragged to cat and dog cafés. After a while, Gav started browsing websites of nearby shelters. Cai should have nipped that in the bud early on. But he loved the look on Gav when he got soft over fluffy puppies and kittens.

Really, Cai should have known that it would escalate soon after. A couple of days later, apparently Gav had decided he wanted to get a dog. He reasoned that the dog could run with him in the afternoons since Cai didn't often go with him. He’d leave a flier or two on their fridge for adoption drives. He’d send Cai random cute pictures of puppies he found on Instagram.

It was when Gav made his Excel file with a list of nearby vetted shelters and a spreadsheet with categories of breed, energy level, care requirement, suitable lifestyles, that Cai had decided to put his foot down. They were both busy with work recently, and their schedules were sometimes unpredictable. A dog would require constant supervision, and training especially when it’s still newly moved in.

“I know! And I do understand your misgivings, but I couldn’t just leave him alone out there! It was starting to rain, and he was crying out from a dirty box on the streets! Someone must have abandoned him there! And a kitten is not as hard to take care of as a puppy!” Gav explained. He was getting agitated, his eyes starting to glisten. Is he about to cry?

Cai massaged his temples. He could feel a headache starting to form. “But it still wouldn't be easy. We don’t even know the first thing about taking care of a kitten. If we do decide to get a pet, we need to be sure that we take care of it the best we can, and not half-ass it.” He was exasperated, because he didn’t like getting caught unaware, but he also knew that inevitably Gav would win this one.
"Also, him?"

"Yeah, I just checked before you came in. Look, babe, I was gonna wait until you were ready to get a pet. But I had to make a quick decision, he would for sure die tonight if I left him alone there." Sure enough, Gav's eyes were getting moist now, so Cai hurried to reassure him.

"Fine, fine! We'll look it up online. I don't know if we should give it a bath first or what."

He patted Gav's shoulder and gave him a quick peck on the check to appease his boyfriend. "I'll go get my phone, why don't you put him in something warm, like a shoebox with an old towel or something?"

They both did a quick search on their phones and confirmed that a bath first was the way to go. Gav bathed the kitten with warm water, taking care to feel its body for any injuries. He softly dried the kitten then wrapped it in an old towel. Gav carried the kitten around the house, as they gathered their things to leave for the vet clinic. Cairo had called a vet clinic that would see them on short notice. It was already early evening and he hoped they'd still have enough time to get supplies at the big store.

Thankfully, the vet didn't diagnose anything more serious than a minor eye infection and fleas. Their kitten was malnourished, but with proper care and controlled feedings, they were assured that he would soon gain his weight.

By the time they got all the medicine and supplies they needed, it was already way past their dinner time. They got takeout on their way home because they were too tired and hungry to cook.

"Wow, all that for a tiny kitten," Cairo said once they were home. They were finally seated in the living room, the food laid out on the coffee table. The kitten was already sleeping in his new cat bed on a quiet corner. They started eating directly from the takeout boxes, too tired to take out the utensils and plates.

"I'm sorry I sprung this on you," Gav replied, worried that Cairo was regretting their decision to keep the kitten. Cai was quick to reassure him once more. "I know it was unexpected, but I'd like to think I would have probably done the same thing you did if I was the one who found him on the streets. So we're good, okay?"

Gav's answering smile was so sweetly relieved. "Thanks, baby."

Seeing Gav finally happy, a contrast from the stressed and sad Gav a couple hours ago, Cairo was sure he made the right decision to agree to the kitten.

"We still have to name him" Cai realized "Pepperoni? I like Pepperoni Pizza"

"No, I don't like to name him after something I eat."

"How about Weasley? He looks like a Weasley!" Cai chuckled at his own silly suggestion.

Gav didn't say anything, but his frown says it all.

"How about Oliver? After that cute Disney cat adaptation of Oliver Twist?"

"Yeah? That sounds cute! Oli for short?" Gav finally grinned. "We need to get him a tag with his name & our deets on it."

Shifting their routines here and there to accommodate their new kitten was not as big of an adjustment as Cairo expected. There were some minor mishaps, but they took them as lessons learned and moved on.

Oli the kitten slowly gained weight and confidence under their care. Little by little, he came out of his shell and showed his personality to them. He was affectionate and curious, that he often got himself into scrapes. He seemed to relish the attention that Cai and Gav showered on him.

To Gav's surprise, it was Cai who became the stage cat dad. He was the one who eventually sprung for a really expensive cat tower (to keep Oli from getting lazy and depressed, he said), and had it placed against their largest window in the main room. He took numerous photos of Oli and posted them on the cat's own social media account that Cai himself created. He would make short videos of Oli as if he was on an adventure. He got a kick out of writing captions as if he was Oli the kitten talking.

Soon enough, Oli's account got a pretty decent following, something Cai was extremely proud of, more than his own following in his live streams and social media. One time, Oli accidentally interrupted his livestream, his viewers went crazy on the comments and he got himself about 50 or so followers that day alone. Cai and Oli's followers steadily grew, encouraging Cai to make more content with Oli. Oli remained energetic and unbothered with the camera, carrying on with his antics. Gav could only look on fondly. 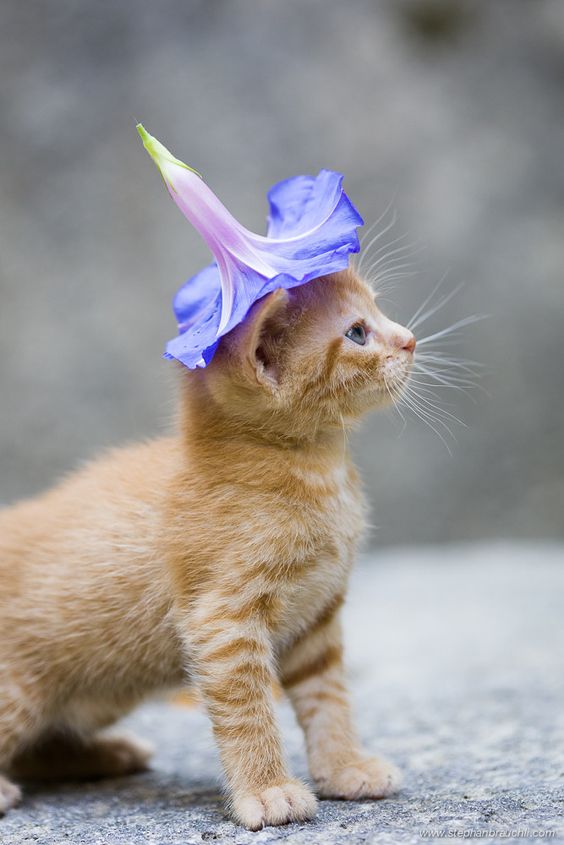