Maryellen gets an unexpected surprise at Davy's Bar Mitzvah.

Maryellen didn't have a chance to tell Davy anything about the new Tom Swift series. Even at school, he was practicing every minute or else fretting about whether he'd be able get through his Bar Mitzvah without incident.

It wasn't until she was standing in the reception hall, nibbling on a tiny plate of even tinier franks and wondering if this was supposed to be the meal Davy had mentioned in passing, that he finally found her.

"Did you like the service?" Davy asked her, after she'd offered him a frank.

"It was a bit confusing, and I didn't understand half of it," Maryellen answered a little too honestly. "But I think you did well. Your parents looked so proud of you. And I liked the English bits." She grinned at him. "Are you glad it's over?"

"It's not over yet. We still need to get through lunch. I sneaked away from my parents to make sure you were doing okay, but it's only a matter of time till they find me and make me talk to another distant relative I never met before." He brightened suddenly. "But we are sitting at the same table for lunch, with some of my cousins and a couple of other kids from school. I was able to get them to agree to that."

Maryellen was relieved too. She hadn't seen anyone she knew, but she might have missed them in the crowd.

"There he is, the Bar Mitzvah boy," a male voice came from behind Maryellen.

"Zayde, I didn't see you before so I wasn't sure you made it." Davy pushed past her to hug the man who'd spoken. "Zayde, Bubbe, this is my friend Maryellen. I've written you about her. Maryellen, this is my Grandpa Max and Grandma Lily and my cousin, Beckie. I'm not sure exactly how we're related so don't ask. They all work together out in Hollywood."

"We made it just as the service was starting, but they wanted to freshen up before the reception. First the plane had trouble and then the car we rented had a flat. One delay after another." Cousin Beckie finished this statement off with a dramatic dramatic gesture worthy of the silent movies.

A dramatic gesture that Maryellen recognized from the movie the week before. "Wait, you aren't...you can't be Rebecca Rubin?" she blurted out.

"She can be, when she's not being someone else," Grandpa Max said with a grin that turned into a grimace. "Davy, I think your parents want us. Beckie, I leave you in the hands of what seems to be a fan."

After they'd left, Maryellen said awkwardly, "Miss Rubin, I didn't mean..." she broke off. She didn't know what she didn't mean.

Cousin Beckie smiled. "Don't worry about it. And call me Cousin Beckie. We're practically family. I haven't had that enthusiastic a reception in a long time. I'm not exactly a household name these days, so I'm surprised you've even heard of me."

Maryellen told her about the movie that she'd seen just last week, and then tentatively asked, "Are you the Rebecca Rubin who's going to be in the new Tom Swift show?"

That got another grin. "Yes, I am. It's a good part and steady work and I've worked with Ruth Fielding Film Company before, so when the owner sent the script to my agent and said I was their first pick, I snapped it up."

Before Maryellen knew it, they were deep in conversation about the show. Not the plots, because Maryellen didn't want to know, but about the other actors in the show and the process of making a television show.

Cousin Beckie was excited about doing a science fiction show. "It's really not that less realistic than some of the melodramas I've acted in, and if it gets some boys and girls interested in science and technology, that's even better."

"Do you think that girls should be interested in science," Maryellen asked. "So many people tell me that I shouldn't be."

"And why not?" Cousin Beckie asked. So many people told me I shouldn't want to act, and look at me now. I might not have ever been one of the top names, but I've had a good career and more importantly, I've had fun. The production company I'm working with is run by a woman who was writing, acting and directing in the earliest days of movies. Now she's trying her hand at TV, and I'm glad to be a part of it. And as much as I'd love to continue this conversation, it looks like they're calling us to dinner."

Maryellen expected that to be the last of it, except for whatever tidbits she could wring out of Davy about the new Tom Swift show, but to her surprise, a couple of weeks later, she received a letter in the mail from Cousin Beckie, accompanied by a signed picture of the cast. The letter was surprisingly long and included all sorts of anecdotes of women Cousin Beckie knew who were breaking barriers with an invitation to keep in touch and let Cousin Beckie know how she got along in science. Maryellen resolved right then not to give in to society's expectations of who or what she could be. 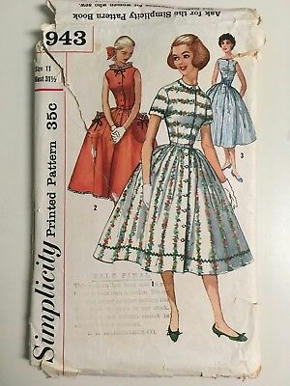 I think the timeline works for this. If not *handwave*.

Ruth Fielding is another old Stratemeyer series about an orphan who grows up and goes on to write, star, direct in films in the early days of the industry and eventually founds her own film company. It's personal headcanon of mine that Rebecca works with Ruth Fielding early in her careers and I'm afraid that slipped in. (There's nothing Jewish about the series, but if you like series books about the time period, a bunch of them are on Project Gutenberg.)