The Princess and the Knight: A Catradora fanfic

The Horde kingdom has been at war with the kingdom of Bright Moon for all of Princess Catrina's life. With her coronation coming up will she be able to take back her power from the castle sorceress and the army general...

Adora is the head knight of the army of Bright Moon. She serves Queen Angella and is best friends with Princess Glimmer and Archer Bow. One night she meets a mysterious girl in Whispering Woods that'll change her life forever... 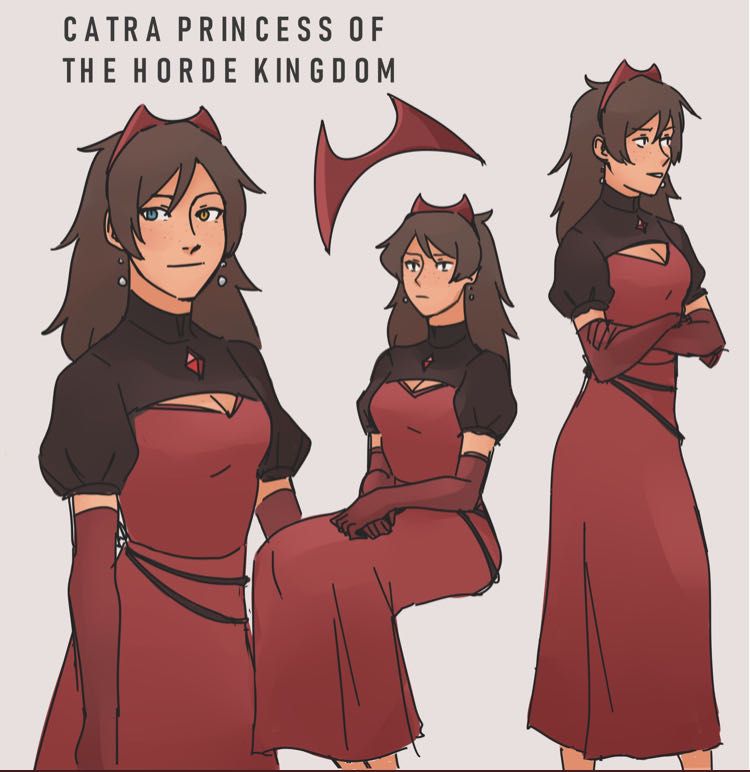 Princess Catrina Liliana Horde was born on October 28 1578. Her parents, King Reginald and Queen Liliana were so in love with her. She was perfect. She had her mother's skin and hair color and she had her dad's smile and thick hair texture. But most important she had both of their eyes; one blue like her father and one amber like her mother.

The kingdom rejoiced and threw a huge party for the baby princess. Everything was perfect...until it wasn't...

On Princess Catra's 1st birthday her mother, the queen became very ill. A prophet named Light Hope said she'd only have 1 month to live before the sickness took her.

The desperate king searched far and wide for a cure for his dying wife. He called all the best doctors, sorcerers, and wizards but none succeeded. Not even the great Light Spinner the most powerful sorceress in the land could cure Queen Liliana. A month passed and the Horde Kingdom said goodbye to their beloved queen.

The day the queen was buried it was revealed that she had been poisoned using the dark moon flower exclusively found in the Bright Moon kingdom. The devasted and grieving king ordered his army to attack Bright Moon to avenge his wife. Bright Moon defended their kingdom and then declared war on the Horde for attacking them.

Both kingdoms were broken after the lost of their kings. The people of Bright Moon and the Horde wanted to stop the fighting. With the King and Queen gone and the Princess being 2, General Hordak and castle sorceress, Light Spinner, took over the Horde kingdom. General Hordak continued fighting Bright Moon and formed alliances with the Crimson kingdom and the kingdom of Dryl. Queen Angella formed alliances with the Kingdom of Snows, Salineas and Plumeria. Etheria was divided because of the war and many smaller villages were destroyed over the years of fighting.

Light Spinner raised Princess Catra. She taught her how to be princess, what to wear, table manners etc. Catra put up with her nonsense but at night she would sneak out and play in the Whispering Woods away from the rules and fancy dresses. She befriended Princess Scorpia from the Crimson kingdom and Princess Entrapra from the kingdom of Dryl.

Princess Catra fell into a routine by the time she was 12. During the day she would have to listen to Light Spinner training her to be queen but at night she would meet up with her friends in the woods and play games until morning. Of course that meant Catra would fall asleep during classes and be woken up by Light Spinner's yelling.

Catra was happy with her little routine but what she didn't realize was how much her life was going to change when she turned 17....

A/N: I'm really excited about this story! I was totally inspired by @Byubiyubi (Twitter) amazing artwork! Plus I love Catradora 😻😻 so I just had to write this!!! This is a human AU but it will feature the characters from She-Ra Princesses of Power. Hope you guys enjoyed reading the first chapter!!