Beth and Benny, two different faces of the same coin: two different people with their own unresolved problems, and issues.
The first, after her victory in Moscow, have to face the consequence of her past choices, and with the pressure of the fame; while some shadows from her mother's past are returning to discombobulate her life even more.
The second, instead, have to deal with the fact that he's not anymore the Great Champion that he was and with a wound that has been tormenting him for the last ten years.
Two entities who seem unable to communicate with each other, yet one is indispensable to the other.
Will these two outstanding chess players finally being able to leave the past aside and work together in view of the World Championship qualifiers? 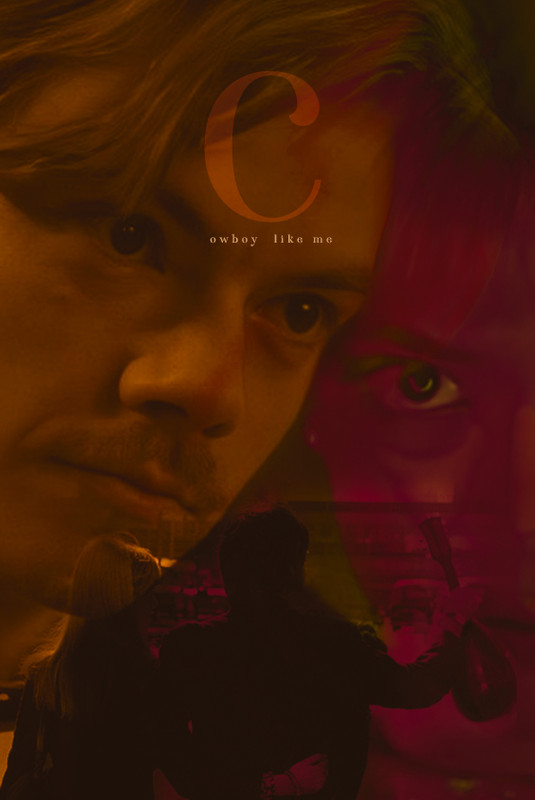 my playlist for my beth x benny fanfic

Hi! This is Chiara, I’m really happy that you chose to click on my fanfic and join me in this journey together!
This prologue is the foundation stone of something of more big, a story - a creature - that has grown on me and that brought me here.
The first spark that created all this was lit after weeks of fangirling over the most fantastic and complicated ship that I ever experienced and and with the passing of days this little spark became a burning fire that didn’t let me sleep fro days: The original idea of this project was to write a longer version of a normal one-shot, but more the time passed, more the story took a different direction, expanding , stratifying with new ideas and ideas that I could not ignore.

The main point of this almost second season is to tell, not only the point of view of Beth and how she's going to deal with her traumas but also finally know the childhood of Benny and how is affecting him till now.
This story will attempt to talk about a lot of things, not only love and smut (even if I know that this is one of the reasons why you clicked this title (^///^) ), but even some other serious stuffs! In this fic I will use some dirty words, but not to many.

Through this fic I will quote and even insert some song’s lyric: they are all on the playlist that I linked on the description.

This journey will be very long and complex for me to complete, so I need your support and love to go on!
Please don’t be shy and comment you’re thoughts below! ༼ つ ◕_◕ ༽つ 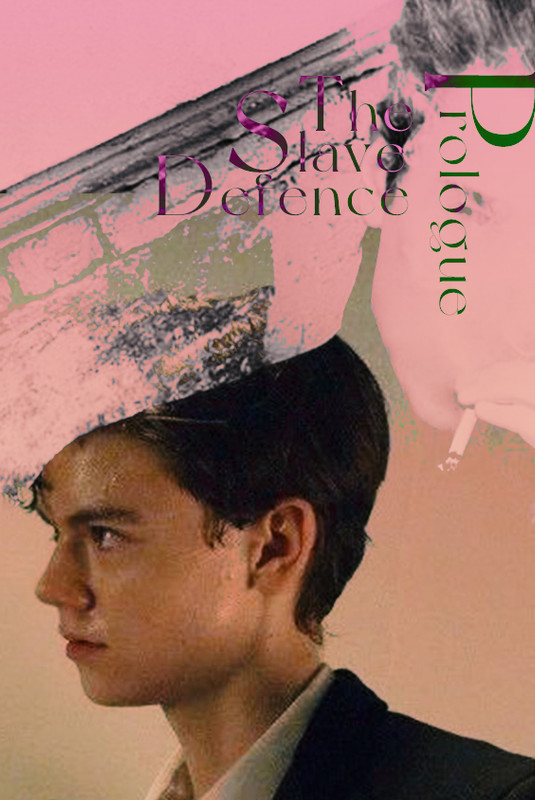 Among My Souvenirs Connie Francis 0:00

End of The Interzonal Tournament

We still hold each other in our hands

pearls from the bottom of the sea

and in the autumn days we take each other

“I’ve never seen such shitty weather!” whispered the young boy, annoyed, while staring at the parking area of the Kempinski Palace Hotel - where he stayed for all the duration of the Tournament - from his taxi’s window.

In the meantime that he was doing that, an irritating slovenian light pop-song started to come from the car’s dashboards; thus filling the heavy and embarrassing silence that was floating in the air since the moment that he set foot in there.

The catchy melody reminded him - somehow - those gingles in the Bel Air’s commercials, where happy-smiling people smoke cigarettes under the shining sun, while contemplating the horizon: a thought that made him grin bitterly even more.

At the moment there wasn’t space for something like a summer paradise for him.

The city that he was about to leave - Portorož - was nowadays a decadent city, not yet recovered from the poverty caused by the Great War and trapped by the memory of wealth, by now passed: it was located on the Gulf of Trieste - along the Adriatic Sea - and it was famous in the past for its spas, its little casinò ( that he wasn’t able to visit) and a decaying Art Nouveau Style Hotel built during the austro-hungarian kingdom’s era.

The only sign of modernity there were the fancy new tourist houses built on the beachside to encourage tourism and try to tempt their neighbourhoods - the Croatians and the Italians - to pass their summer vacations there.

All insignificant things for someone who - like him - that had the misfortune to visit the city when the summer season was completely over: the long withe seafront - as the City Center - that in the warm months, was teeming with flushed and smiling tourists, now was empty and lonely; the only thing that the young boys was able to observe for the entire duration of his permanence there, was the wet and depressing array of palms in front of the Hotel’s entrance.

“Benjamin, Kochanie[2] , I know that you’re really disappointed by this Tournament, and I’m very aware of how much it was important for you...But I’m sure that you’re gonna have other thousands of opportunities for redeem yourself: it’s not gonna be the end of the world”, said the young woman in her mid-thirties sitting next to him in the passenger seat, looking at him with a mix of compassion and displeasure in her big and warm blue eyes.

As if she was looking at a poor kitten that she had just surprised to fall from a three that it just tried to climb, and that now she is attempting to cheer up by kissing its wounds.

“Mom” started the teenager pulling the woman's hand away from his hair, which she was trying to stroke as a sign of affection; “you know that I don’t want to be called like that…”.

She knew that he hated that name, and more importantly he hated to be commiserated: he wasn’t some kind of poor kitten who failed to reach a fucking bought; he was Benny Watts.

He was the youngest US chess Champion of the history: the one who was able to earn the right to participate to the Nationals just three months after had gained the title of International Master at age of sixteen, after had beat up all those old mummies that always looked at him, with their mockery faces, from top to bottom; as if he was some kind of joke came there just to entertain them and not a real player. For all those years Benny’s main goal was to prove at the Federation - but most importantly to his father - that he deserved his pedestal and that for him chess wasn’t just a hobby: it was his life, his purpose, his dream.

Benny wanted to see in the old man’s eyes the awareness that, no matter how much he insulted him, he would always be a winner compared to his father.

But, like a house of cards blown away by the wind, all these expectations had been crushed in a few minutes: in his mind it was like an immense wall of reinforced concrete had been put in front of him; and no matter how hard he tried and tried, the wall remained intact and motionless. That was the horrible sensation that he felt for the past fourteen days when Vasilj Borgov - one of the strongest Soviet players in the world and new USSR Champion - had beat him effortlessly for four-times consecutively in less than twenty moves; stopping, in this way - for just a handful of cents - his way to the Candidates’ Tournament, and the World Title.

Like if he was crushing an ant with the tip of his shoes.

In the right moment that he realized that, a massive sensation of impotence pervaded the young boy and for the first time in his life, Benny Watts felt powerless in front of the chess board.

The only thing in the world that he knew he was good at; the centre of his days and in which he spent all his energies, suddenly had been taken away by someone else: he wasn’t in control of it anymore.

Just the memory of his dark eyes, cold like the Siberian ice and emotionless like a statue, that were looking at him as if he was a lion ready to tear him apart - made him nauseous: Benny needed to leave that fucking place as quick as possible.

“If you don’t feel well and are tired, you can lean on my shoulder and rest a bit...” said his mother looking at him, as if she could read his thoughts; “ When we’ll arrive at the airport I will wake you, ok?”.

The young boy remained silent for a moment, as if he was still reluctant if accept his mother’s invite, but at the touch of her hand on his head a strange tiredness fell suddenly on him; and for a moment, he felt again a frail five-year-old boy, embraced at his mother’s back, while trying to sleep on the Brooklyn subway, while he and his sister were coming back home from his mother’s workplace - the Soviet Consulate in Manhattan - to their apartment in Greenpoint, where they lived.

As soon that memory crossed his mind, the car - now finally ready to go - left the Hotel and Benny - who was still staring at it - gave one last glance at the Kempinski Palace’s facade ; and before he could close his eyes, the young chess player promised to himself that someday - even if he didn’t know when - he would return. He swore that he would never feel that type of impotence ever again; that one day he would beat Vasilj Borgov - and the entire USSR Team - in the same way he did with him.

The young US Champion from Brooklyn wanted to carve that image in his head forever, he decided, while the space around him started to become darker and bluerrier: the only sound that he could hear was the pop-song of before.

In the middle of dreamy flowers,

my Portorož bathes in the sun.

side notes
1 Sonce Sije na Portorož by Jozica Svete originally came out in 1963, but it fitted so much that I decided to anticipate its release date. [▲ ]