A Fanart of Alice and Lewis from the 1985 film "Dreamchild".

My mom died 6 years ago today. In memory of her being an artist and of childhood, I decided to finish the artwork I started of Alice and Lewis a few days ago.

That film is one about looking back on childhood and its shades of black, white and gray. It felt appropriate today.

My mom was an artist as was her mother before her too. Infact, I remember this one time when I was about 11 and drawing at the dining room table my mom brought my grandfather in to peek around the door at me. They were both smiling, one of the only times I can remember them happy and getting along. Turns out my grandmother used to put her tongue out when she was drawing which was what I was doing.

I did the same thing today too and thought of my mom and my grandmom. I hope they were both peeking at me now too. :D <3 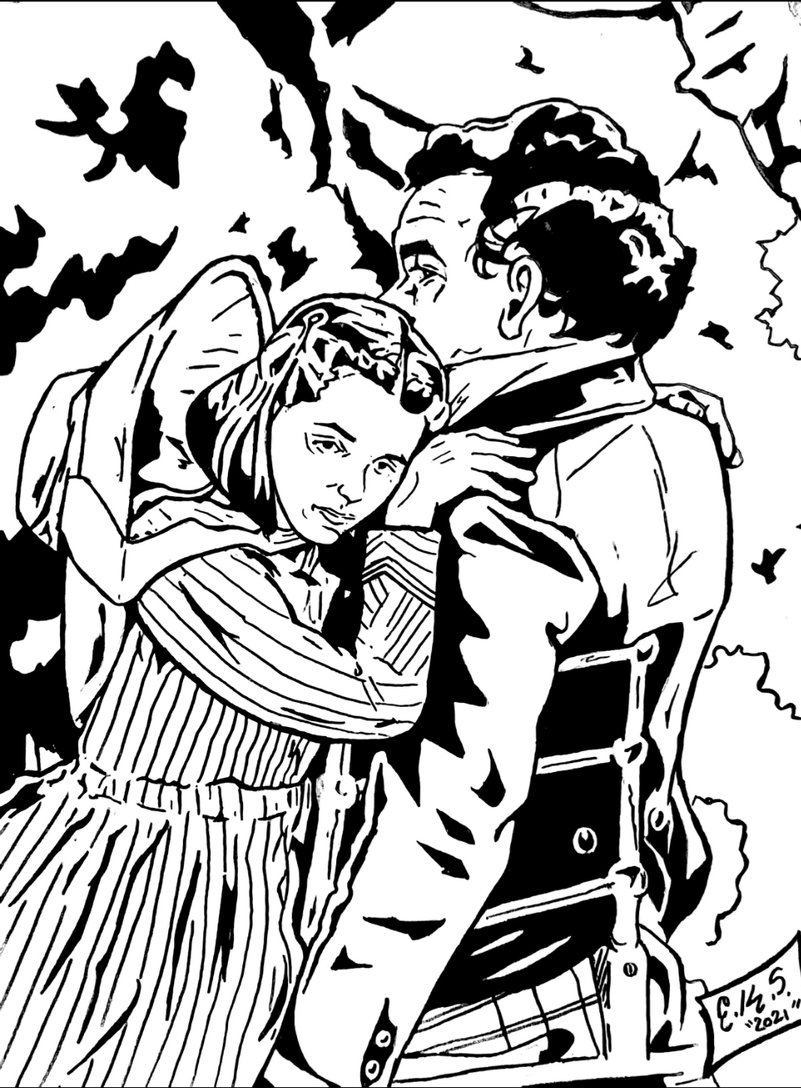 "Dreamchild" is one of my favorite films.

I always tried to watch it with my mom and older sister when I was younger but the Wonderland creatures frightened me too much to make it all the way. When my sister was at school once, and I was at home, I tried to watch it again. I made it up to the boat scene and was enjoying it but after lunch never put it back on.

Maybe it was for the best anyway. I doubt I would have truly understood it.

It is not a children's movie for the fact that you can only really look ahead at that age. The film needs the viewer to be able to look back from the passage of years too.

"Dreamchild is about failed love- that of a stuttering middle-aged man for a little girl who laughs at him, and of an old woman for a suitor who's been dead for years."

That Lewis' love for Alice remains pure throughout the film can probably be attributed to the screenwriter, Dennis Potter's own traumatic experience with childhood sexual abuse. As another reviewer says, Carroll in the film is never shown reciprocating her embrace. He will not allow himself to hold her back; he cannot hurt his Alice by giving in to even that.

It is a beautiful film. I'd go on about it more but I don't want to spoil it for those whom have not seen it. :D <3