Feast your eyes upon the juiciest celebrity gossip magazine this side of the Mississippi. Come take a look at our warped, mentally ill version of Buzzfeed as if you are a group of tweens gathered around a dead fox in the woods.

Chaos broke out at Wendy Williams’ funeral early last week when her sister-in-law’s niece’s husband accidentally let it slip that she had been secretly moved to a secure pyramid beyond the Antarctic ice wall. “Wendy always gave the shittiest foot massages,” he reportedly said. “I bet she’s rubbing even more feet in that decadent prison of crystalline ice beyond the limits of G-d’s warm Earth. And I-” On this somber note, Williams’ family descended into bloody fistfighting after the shock of her true location was revealed. A witness on the scene said “it was more passionate and bloody than the time I found a deer placenta in the woods and lit it on fire.”

So, what do we know about these “ice pyramids?” Experts say that the earth is flat like a dog-chewed frisbee, and the only thing that keeps the water dripping off is a massive wall of ice that encircles the “planet.” On top of this wall of ice are pyramids reserved for celebs that grant them eternal life if they agreed to be exiled from humanity! Unfortunately, knowledge of these palaces is suppressed by the government to prevent the masses from traveling beyond the earth and discovering those the elite want you to think are dead, thus opening your third eye to connect with Ra.

A reporter from Die Yeazt (our Yiddish branch) ventured to the ice wall in order to take a peek at Miss Williams’ glamorous new Manse. Our correspondent says Williams is happily married to Calvin Coolidge although she’s being a #feministgirlboss and not taking his last name (allegedly she also objects to his Secretary of Agriculture pick, William M. Jardine). A party at the Coolidge/Williams house included dearly departed celebs like Evil Presley, James Dean, and Prince Phillip. (AN: ROFL I totally ship Elvis and Prince Philip. ^_^ my royal gay babiez…) 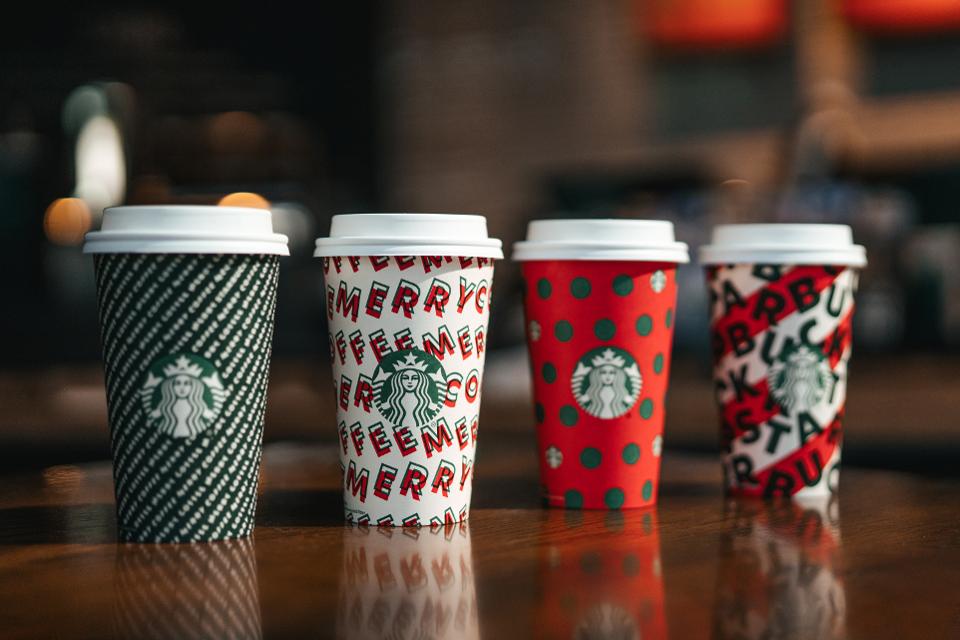 Order two shots of espresso to go. Take it walking to you to the cistern behind the local psych ward. Wonder if anyone actually escaped there or if it was just a story. Reminisce on your time in an institution on the West Coast after your stress-induced psychotic break following your graduation from college. Pour the drink on the ground and kick a little dirt over it. Cry a bit. It’s alright. Look how much better you’ve gotten, kid. Ach, though, to be born on this dying Earth! What a cruel farce.

Print out a Buzzfeed list of Starbucks secret menu items. Hand it to your barista and wordlessly point to the one you want. See the annoyance turn to pain in their eyes. Soak up the misery for sustenance then disappear in a puff of smoke.

Ask for a vanilla latte with two pumps strawberry and extra whip. Put a little cinnamon on at the end!

Order a PSL. While it’s being made, proposition homosexual intercourse with your barista. Go directly to jail.

Bring your own bottle of pickled black olives and a banana from home. Order a java chip frappuccino with 16 or 17 pumps butterscotch. Request that your barista put your olives and banana in the blender. When they refuse, ask if instead they can instead put a couple raw whole eggs in there. When they refuse that as well, theatrically pull a raw egg out of your mouth and hand it to them while it’s still warm and slimy. Have a guy with a beard who’s way too ready to drag you out remove you from the store. Head towards the local Dunkin and get hit by a bus on your way. Do not return when the Messiah comes.

Although the world right now might be different in a bad way, this year’s VMA looks shocked us in a good way! Check out our favorite celeb looks from the red carpet.

This Year’s Top 10 List of The Most Desirable (And Single!) Minecraft Entities

The block-based simulator game of Minecraft took the world by storm when renowned content creator Felix Schelburg launched his Youtube playthrough series of the game in the summer of 2019. If you’ve seen any of it, I promise the experience of reading this article will be eight times more annoying.

The qualities that we here at the Yeast find ourselves looking for in a partner as we grow older have changed over the years. We’re looking for someone more mature, more dependable; someone with the dogged perseverance and rugged charm of a hard-working Minecart with Furnace in it. Sure, it takes a little lump of coal to really get chuggin’ along, but who’s judging? Maybe some people take a little hard lump of black substance to get going. Doesn’t sound too distant from the black tar heroin our family doctor prescribed my little Braelyn, or so my wife tells me. I wish I knew why she had to take it as a suppository though.

When you move up close to one of these big guys you can see the outline of their massive tits in the texture, and that’s impressive. I also like a partner with no joints in their arms.

All of the villagers are acceptable choices in partners, as they are the minecraft equivalent to humans. Something about that toga is so alluring though… So flirty… so coy… It’s a shame they’re wearing something underneath it, I say.

Lilly really likes the color purple and she selected her list based on how humanoid the entity was but I really feel like the Ender Dragon should have come first because I use a water-based lube and I’m not into genital torture.

When it cries it sounds like a baby and that’s really off-putting, but I am intrigued by the tentacles.

Truth be told I included this one because I’ve always felt that the silhouette of this particular mob has always been distinctly phallic. There are no other real redeeming factors to a creeper, at least as a sexual partner. I guess if you were really into size you’d be into this idk.

I feel like there would be no identifiable hole

We all know about Jim Carrey. We all think about him every night before we fall asleep. But have we decided if he is ugly or normal? Today I will be investigating.

Here Jim is ugly and looks like the Jersey Devil.

Here he is normal, and has a dog!

Here he is super hot - but you probably didn’t notice that Jim is wearing makeup in this image! So I cannot attribute this to his natural beauty.