He is tired and she is his rest. 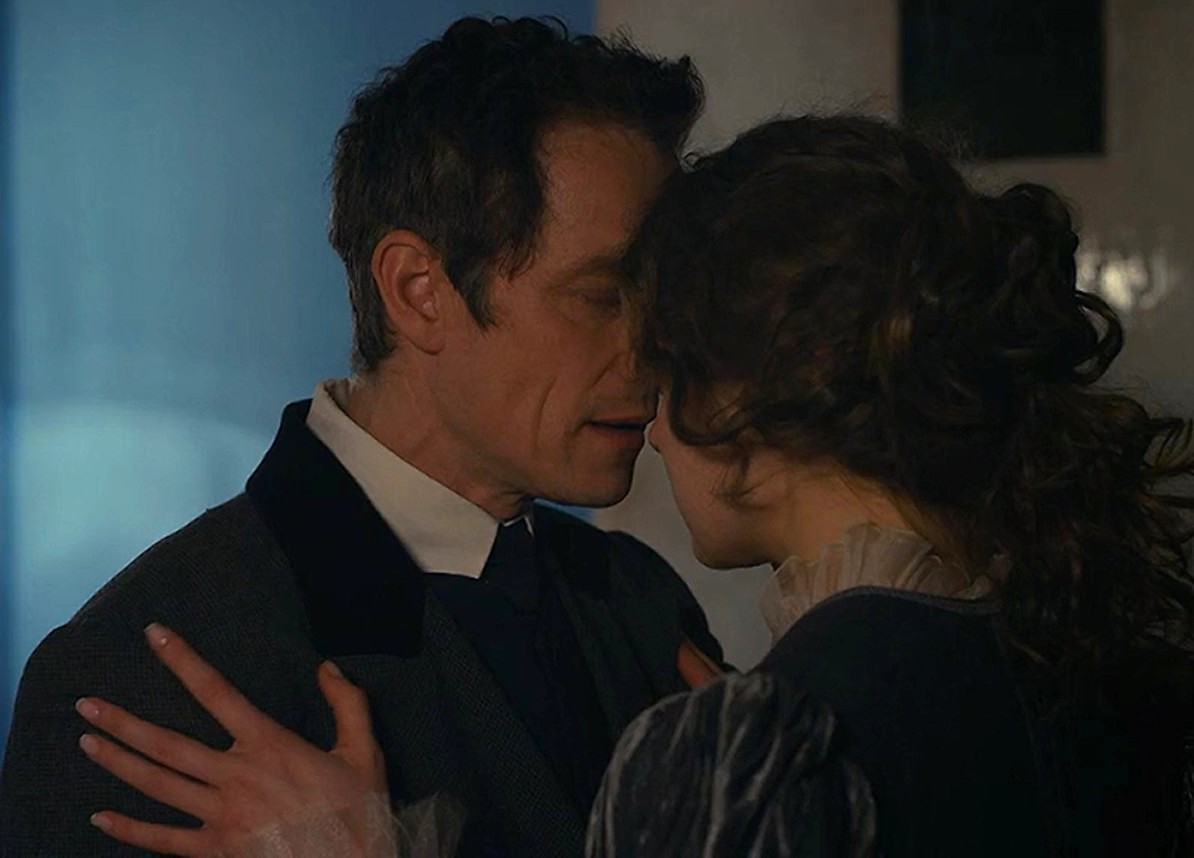 He doesn’t exactly hear the words, only feels their vibration and vaguely guesses the meaning.

He is tired and she is his rest and he needs her.

The words drown in the roaring of blood in his ears as her arms encircle him, as his own arms claim her hungrily and his grateful lips press to her slender fingers. Drunk on the heady glow of her body that he felt close so many times but never quite as close, he slowly opens his eyes to meet the froth of the frills covering her heaving bosom. Even if he had any strength or desire left to resist, he is done and gone the moment he catches her heavy-lidded gaze. She is his and she is waiting, and he is rising, sliding up along her trembling form. Like two magnets with opposing poles, their mouths find each other. He devours her taste, wanting more and more, and she seems to be trying to keep up, to demand her share, but he is tired and she is his rest, and oh, his need is so much greater. His fingers, no longer satisfied with the smoothness of fabric, challenged by her hands splayed across the lapels of his coat, cup her jaw, desperate to take all of her in, and let the pin, already loose in her wavy locks, out of its silky prison. How many times he failed to stop them before they reached for a stray curl coiled at her temple, how many times he wanted to bury them in this luscious cascade... She whimpers as his lips trace her jawline and burn a trail of kisses down her neck to the delicate collarbones. She gasps when he scoops her up easily as if she were light as a feather, his mouth never leaving its place of worship, and she shudders when he lays her down on the bed, and he too shudders under her earnest, trusting gaze. She is his and she is waiting for him to become hers. Cursing fashion that requires one’s skin to be hidden away under so many layers of fabric held together by so many buttons and clasps, he gets rid of one item of clothing after another and helps her do the same in a feverish rush. No power in the world would dare to tear them apart that he wouldn’t smash with his bare hands now, but he can’t leave it to chance. Closer, closer still, until not a molecule of air lies between them. If he were a sentimental man, he would cry at this unbearable sweet aching sensation swelling in his heart, instead of kissing her tears away. He moans, hit by a sudden burst of pleasure when he feels her hands stroke his back, her breasts rub against his chest, her thighs press into his. Skin to skin, closer, closer still. If he were a better man, he would pull away to ask if she truly wants this, instead of losing himself in the tangled wildness, wilderness of love and lust. But he is so tired and she is his rest. He buries his fingers in her hair and breathes in the salty fragrance in the crook of her neck, and bites his lip to stifle another moan, and sinks into the welcoming heat.

He is what he is and he is hers.

in case this hasn't reached you yet and you're going insane waiting for the second season to get English subtitles, you can download mine here:
https://drive.google.com/drive/folders/13mhdlnphRbZIA8YKL8N14njn9PSmvZSl

klove and lisakeleher as well as 5 guests left kudos on this work!