A Long and Irritating Friendship

Albus Dumbledore had met some strange and fascinating individuals in his long life, but he had never expected to discover that some of them would turn out to be the very same person. This entity appeared in his life over and over again: to help him out of scrapes, to give him strange but useful advice, to bring him on a new adventure. And sometimes, it seemed that he turned up purely for the purpose of making a nuisance of himself. Years passed before Albus finally learned his true name—a name that, like most magical children, he had heard many times before.

What happened afterwards, though, was not anything that Albus would ever have imagined.

(Companion to "A Brief Re-emergence from the Shadows," but can be read independently.)

Hello again, everyone! I am, apparently, back from my hiatus (as I am choosing to retroactively call it) earlier than expected. If you’ve commented on one of my stories since I’ve been gone, thank you for your support, and I’ll try to reply to as many as I can in the next few days—as you might imagine, they’ve begun to pile up in my absence. If you haven’t seen me here before, welcome to the story! There are several others available if you want more of the same. If you’re a returning reader, welcome back, and I look forward to catching up with you in the comments! I hope all of you enjoy the new story.

This will be about twenty-five chapters long, because brevity escapes me, and it’s a little different from the others in format (but not in style). As the summary implies, this story will be more centered on Merlin and Dumbledore than the others, though the regular Harry Potter cast will become more involved later on. The chapters are often a bit shorter (particularly the first one), but vary pretty widely in length. Finally, a disclaimer: we’re going to be passing through a lot of time very quickly, and historical accuracy is going to be tenuous because I am not, in fact, a two hundred-year-old Englishman and can’t reliably replicate the speaking style. So, I’m doing my best here, but if you happen to see any heinous mistakes, anachronisms, or Americanisms (deepest apologies), do feel free to let me know, as always.

That should about cover it. Please excuse the long note. Oh yeah, and happy new year to anyone who uses the Gregorian calendar! To everyone else, happy ordinary Sunday! 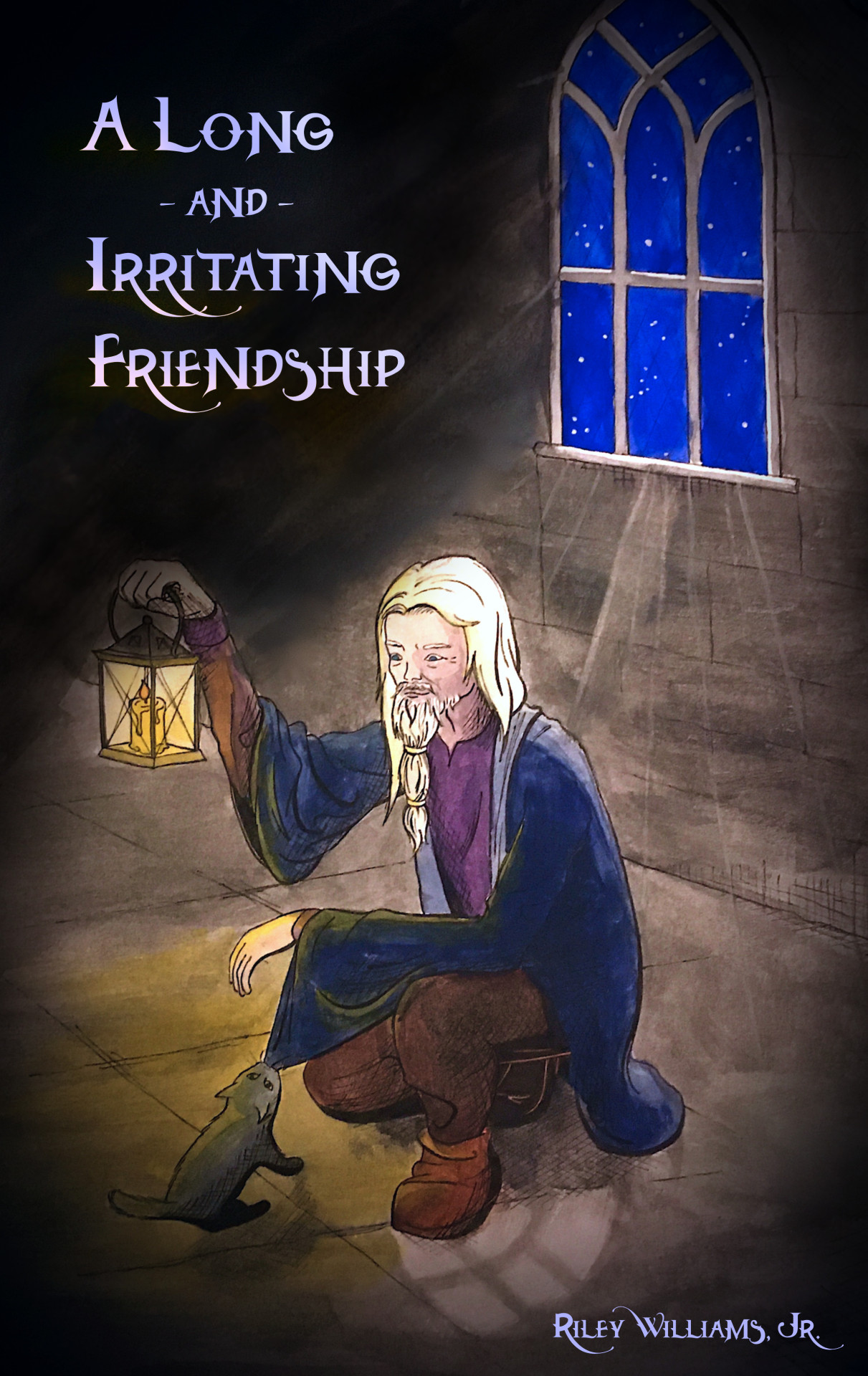 Godric’s Hollow was, almost certainly, the worst place in the world. It was boring, and isolated, and cold. There were no other children his age in the village: no one to talk to at all, in fact, apart from the strange woman down the road who spent her days holed up in her little house reading, and her nights out in the garden digging or brewing potions. Technically, though, he wasn’t allowed to talk to her. He wasn’t allowed to talk to anyone, or leave the house, or make any loud sounds, just in case it set off his little sister.

Albus kicked a pebble and it clacked down the stone path. Just because he was the oldest, that didn’t mean he couldn’t take a bit of a walk, did it? He’d taken care of his many chores. He had his coat on and everything. He trudged down the path, shoes crunching pleasantly on the rocks, idly humming to himself as he mused.

Albus looked up: she was out in the garden today, for some reason. He didn’t question it, merely happy to have someone to talk to other than Abe, who was only six, and a nuisance besides.

“Morning, Miss Bagshot,” he said politely, walking up to her garden fence.

She was sitting at a small table in the garden, drinking tea and wearing a shawl over her dress, but Albus quickly became more interested in the stranger sitting across from her. She was most likely slightly younger than Miss Bagshot, but was dressed in old-fashioned and somewhat worn clothing; her dark curls, too, were slightly messy, but most striking were her prominent cheekbones and bright blue, wide-set eyes.

She and Miss Bagshot stood up to greet him. “I haven’t seen you in a while,” said the latter. “How have you been?”

“Oh, quite well, Miss Bagshot,” he answered with a smile.

“I’m glad,” she said earnestly. “Albus, this is my friend Marlène Eldore; she’s visiting from Paris.”

“And you must be young master Dumbledore,” said Marlène with a slight accent, leaning down to shake his hand. She was unusually tall, he noticed, and her wide, genuine smile set him at ease despite himself.

“It’s a pleasure to meet you, young man,” she said with a grin. “I bet you can do magic already, can’t you?”

Albus met her eyes sharply; they twinkled with golden sparks in the morning light, and he got the unsettling impression that she was staring straight into his soul.

“Just a feeling, I suppose,” she replied, still smiling in that soft way he had seen on his mother’s face once or twice. “I knew a boy much like you, once.”

Before he could stop himself, Albus asked, “Why are you sad?”

But she didn’t react as if she were offended; instead, she gently responded, “What makes you ask that?”

Albus scuffed his shoe in the dirt for a moment, but was feeling brave enough to answer honestly. “Only people who are sad smile so easily.”

As if to prove his point, she beamed at him again. “Not sad,” she said. “More… wistful.”

“What does that mean?”

She considered. “Well, I suppose it’s a happy kind of sad.”

“Would you like to come in for a cup of tea, perhaps?” Miss Bagshot asked him, probably finding his questions strange.

“No thank you, miss,” he answered quickly. “I was just stopping by to say hello. But thank you for introducing me to your friend.”

“Good day, then,” she said, tucking a few stray locks behind one slightly protuberant ear. “Perhaps we shall meet again one day.”

Albus thought privately that this sounded less like an idle courtesy and more like a premonition of some kind, but perhaps she was just a bit odd that way.

In either case, he merely said, “I certainly hope so, miss,” before turning back to continue down the lane.

He noticed absently that it had been true; he did hope to meet her again. She was the most interesting thing he had seen since his arrival in Godric’s Hollow.