I may write more later, I may not. I don't know yet.

Btw, in case, you haven't heard: Loki is adopted.

Kudos and comments are welcome. Enjoy. 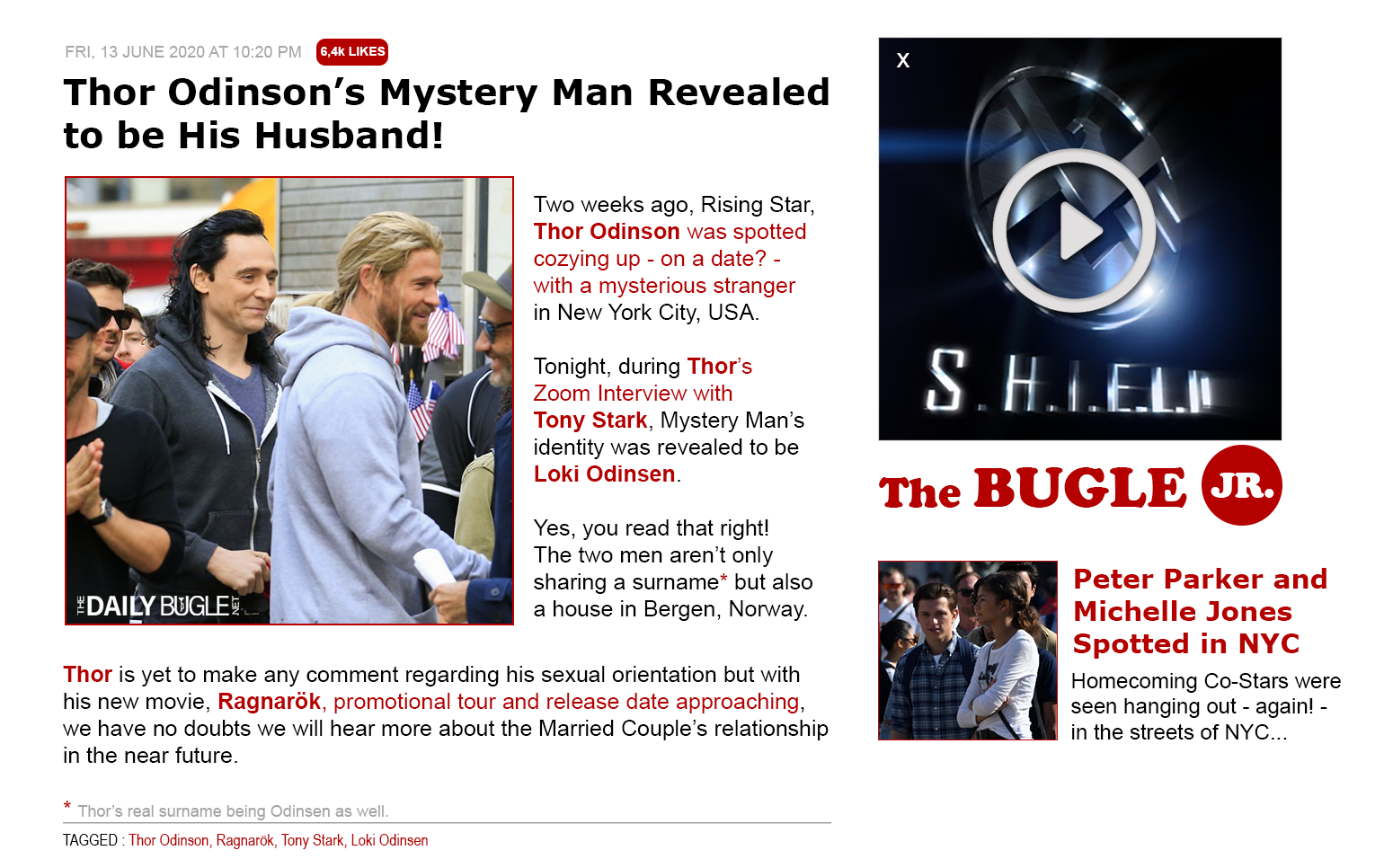 Someone had finally checked their phone.

Loki sighed. He had hoped to finish his skincare routine before Thor found out about his - because it was definitely Thor’s - blunder. However, if his brother’s hollering was anything to go by, he wasn’t that lucky.

It didn’t take long for him to hear Thor stomping up the stairs and down the hallway to Loki’s ensuite bathroom.

A lesser man may have cowered under the actor’s murderous gaze, he merely raised an elegant eyebrow in mock inquiry.

“What did I do?”, Loki repeated, already annoyed. “I think you meant to ask what did you do because this is all your doing.”

Loki held up his smartphone in his brother’s face. A clip from Thor’s previous night interview with Tony Stark began to play. It showed Thor sat in their shared office as he talked over Zoom with the famous talk-show host :

“(...) I’m excited to -”, the Thor-on-screen was saying as Loki appeared in the background.

“Don’t mind me.”, he mumbled, obviously looking for something on the bookshelf.

“Eh! Is that our ‘Mystery Man’ from New-York?”, Stark asked and Loki turned around to look at him on Thor’s computer.

Stark laughed and Loki rolled his eyes, moving on.

“We’ve known each other far too long for that.”, Thor added, smiling like a mad man. “We bought this house together actually…”

He kept talking but Loki paused the video.

Present Thor gaped, red-faced, as he realized what he had done and Loki pocketed his phone to resume his routine.

It was going to be one hell of a day.