Even Miracles Take a Little Time

Doctor Claire Beauchamp has long since given up on love when she meets Prince Charming at the hospital.

Dani on twitter asked for something Disney related and since I was rewatching 'A Princess for Christmas' this is all I could come up with. Title is a quote from Cinderella. 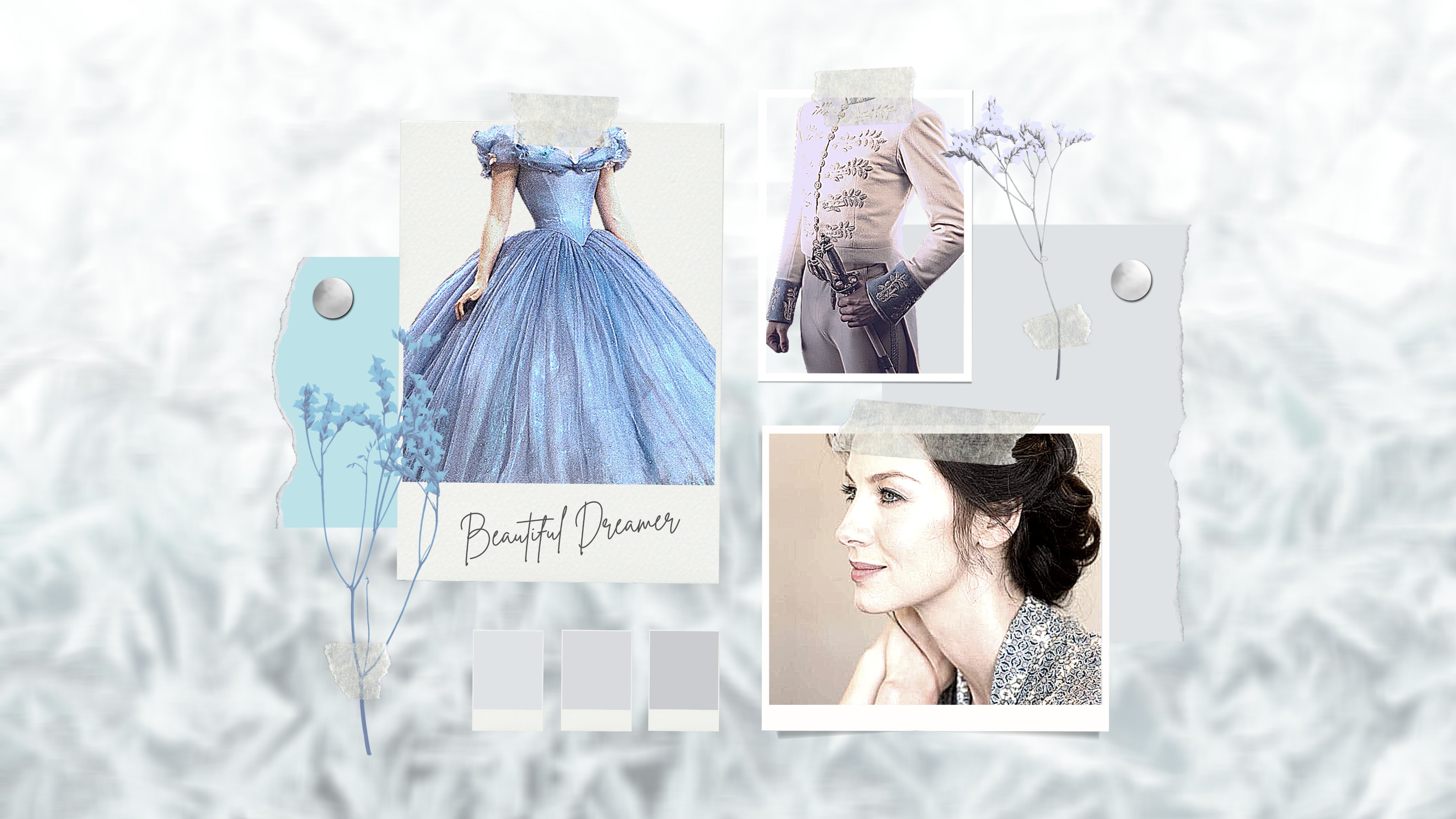 When the hospital asks for staff to volunteer their free time and dress-up to entertain the children in the week leading up to Christmas, Claire doesn't think twice before raising her hand. They often hired a Santa to make rounds through the children’s wards, but in recent years they’ve had superheroes and princesses as well.

The night of December 20th finds her trading her scrubs for something a little more dressy— a shimmering blue gown and a fake tiara nestled in her birds-nest curls. Geillis had presented her with the replica of Cinderella's ball gown after her shift had ended, and wrangled her into the dress despite her protests that she really looked nothing like the fair-haired princess.

"The bairns willna care if yer hair isna the right colour. They're canny wee things and will recognise their favourite Doctor anyway."

Geillis had been right.

The children oohed and aahed when she entered the room, those who were well enough to be up and about immediately clinging to her skirts and telling her she looked beautiful. The faint blush that adorns her cheeks at the compliments is genuine.

Newly divorced after a long separation, she hasn't exactly been drowning in attention from prospective dates.

She ignores that rather sad detail of her life and focuses her attention on the children, who are all absolutely delighted at their magical evening. After reading to one particularly persistent lass, Geillis flounces over to her side and elbows her, leaning in with a wicked grin.

Claire scoffs, wondering if her friend is taking the piss once more, but looks up anyway, barely managing to contain a gasp when she sees him.

Tall and broad with hair like fire and a jawline that surely can't exist in reality, Prince Charming is indeed looking her way. Brilliant blue eyes and a gorgeous smile that has butterflies dancing in the pit of her belly. He, who sure enough keeps sneaking glances in her direction, even as he entertains a small group of children with a story of knights and fair maidens.

Claire finds herself listening intently, smiling back each time their gazes meet until she's interrupted by a none-too-gentle jab in her side.

"Weel, Cinderella may have had till midnight but this party wraps up in ten minutes, so ye should go on over and talk tae yer prince."

Quickly returning to reality, she shakes her head.

"Thank you Geillis but… you're not really my Fairy Godmother, you know," she murmurs, looking down at the floor and then quickly making her rounds to say goodnight to the children.

They're reluctant for her to go, though Prince Charming has for more admirers, and she can hear them begging him to stay.

"I'd love tae be here with ye bairns all night, but I must accompany my princess and see that she doesna lose her wee glass slipper."

Feeling her face flush once more as a dozen children turn towards her, she gives them an awkward little wave and goes to stand by the doorway, unwilling to ruin their night by breaking the illusion. Not two minutes later she's joined by her prince, who gives her a gentle smile before ushering her from the room.

Swallowing nervously, she glances up at him and finds he is watching her with the same expression as earlier— a curious mix of bewilderment, wonder and admiration.

"I'm sorry if I made ye uncomfortable, lass. It's just that ye walked in the room and I felt like the wind was knocked right out o' me. Ye're a vision, an astonishing beauty."

Her cheeks are burning now.

"I'm flattered, but the hospital has a no-fraternisation policy," she stammers, quickly reciting the very outdated rules and regulations that absolutely no one abides by.

To her surprise he laughs, stepping in front of her with a smile, far softer than before.

"Now who said anythin' about fraternising?"

At a loss for words, she takes a step back to try and buy herself a moment to think and trips over the hem of her dress, only caught from toppling over by a strong arm around her waist, one that quickly retreats when she's steady on her feet once more.

She sees the change in his demeanour, the way his epaulettes sag with the slump of his shoulders, the poorly concealed disappointment in his stunning blue eyes, and she finds herself calling out to him before he can make his retreat.

"You have me at a disadvantage, lad. I don't even know your name," she tells him, trying to mask the nerves in her own voice. It's been so bloody long since she's been in a situation like this, and she doesn't quite know what to do with herself.

"Fraser?" she echoes, questioning, willing the cogs in her head to turn a little faster. She'd seen the name appearing on charts, the operating room schedule and signed on get well cards for various staff members in the past few months. He's one of her many, many, colleagues and she doesn't even recognise him.

"Dinna fash lass. I've no' been here verra long and we dinna share a speciality. I ken ye've been havin' a rough time o' it lately, I canna blame ye for not knowin' who I am."

There's no pity in his eyes, only understanding, but she still feels the embarrassment running rampant. Not a soul working in the hospital was blind to the incident from July when her then-husband brought his pregnant mistress in for a prenatal check-up and announced to the world that their marriage had failed because she couldn't give him a child.

She shrugs, willing herself to not react to the memory and tries to focus on the present, on the very charming man in front of her. There's just something about him that has her at ease, has her wanting to trust again and allow him nearer.

Taking a leap of faith, she holds her hand out to him.

"We have three hours before my coach turns back into a pumpkin," she says and he smiles at her, in the way that makes her feel as though she's the first ray of sun after days of cloud and rain.

When the clock strikes midnight, he bids her goodbye at her front door, her number saved to his phone and her lipstick smeared over his lips.

They're married the following June and a year after that, in the same hospital where it all began, Claire has a very important question for the woman who had given her a shove in the right direction.

Sitting up in bed, Jamie beside her and the most precious bundle of flailing limbs and displeased squeals in her arms, she turns to her old friend with a smile.

"We'd be honoured if you'd be her godmother."

She's quickly banished from the room when her shout of excitement sets the baby off, but Faith does indeed grow up under the watchful eye of her very own Fairy Godmother.

The author takes responsibility for any and all mistakes you may find.

Thank you so much for reading! If you have a spare moment, please let me know what you think!

Wishing you all happy holidays :)