He sees her from the bar.
His grip on his whisky could crack the glass.
Claire.
Then he sees her hand.
The hand that touched him like no other.
The hand whose touch he cannot forget.
Now touching, holding, another.

A sequel to Tempo.
Hope you enjoy it. 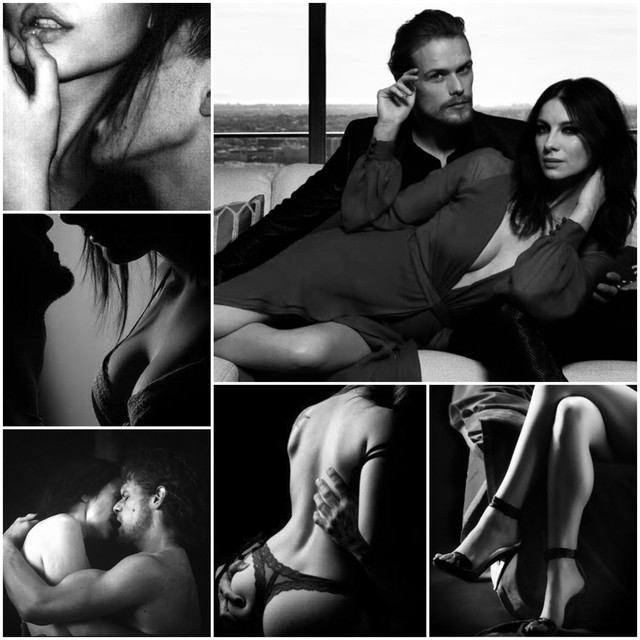 He is standing by the bar.

He’s been here week after week.

Her touch, her kiss.

He cannot forget, does not want to forget.

The moment they touched.

Their bodies colliding, fusing, becoming one.

He will give up tonight.

Can’t take anymore of this torture.

She has not been back.

Not since that night.

She is with her new man.

This one is nice.

She cannot help but compare.

His touch, his kiss.

Forever etched onto her soul.

She still feels him inside her.

Still wants him inside her.

His card lays beneath her pillow.

Although she never called.

Too ashamed of her desire.

Too scared by what it was.

What it could be.

He sees her from the bar.

His grip on his whisky could crack the glass.

Then he sees her hand.

The hand whose touch he cannot forget.

She releases the other hand.

She’s not that kind of girl, she is with another.

She needs a man, wants a man.

Jamie is a man.

He moves towards her. She moves away.

The boy is unaware.

She moves to the corner. She tries to hide.

But she is all he sees.

He wets his lips, watches, waits.

The kid goes to the bar.

She is alone, wanting, waiting.

She turns away, then back, unable to resist.

She loses him in the crowd.

Then, feels something move beside her.

She doesn’t even look.

Her body knows him, can sense him.

Now side by side.

He takes her hand, he touches her face.

It’s magnetic, one touch and they are gone.

She leads him away.

They weave in and out, through the throng of dancing bodies.

She finds a spot, It's dark, private, secret.

From his touch, from her thoughts, from her memories.

She aches to have him inside.

He pulls her up against him.

He knows she can feel it, and he likes it.

She feels him against her body.

But she cannot deny what this is.

She wants him, it hurts, she craves relief.

She kisses his lips, so soft, plump, delicious.

Her hands on his thick ass, squeezing, kneading.

He pulls away, their eye’s lock, they cannot look away.

The music surges through them.

Their bodies move together.

Thrusting, grinding, melting into one.

All he can feel is her.

His hands find that ass, the one he dreams about.

He squeezes it, wants to bite it.

He remembers how it tasted, how it felt inside his mouth

He needs to know, he’s scared to know.

She doesn’t reply, just pulls him back to her lips.

He needs to know.

She doesn’t reply, just rubs herself against him.

He wants her. She wants him.

Again, she takes his hand.

She leads him outside.

He's taking off her clothes.

She’s laying on the bed.

He cannot believe his eyes.

More beauty in one woman, than he’s seen in his entire life.

She calls him to the bed.

She’s taking off his clothes.

She cannot believe he’s real, he must be carved from stone.

He licks her toes and feet, he travels up her legs.

She tastes just as he remembered.

She’s biting on her lip, the sensation just too much.

And she loves it.

He reaches her dripping wet pussy.

He stops, he hovers, he teases with this tongue.

She would laugh if she could, but she cannot.

She moans instead, desperate for him to connect to her flesh.

He moves up, he takes her breast in his mouth.

He sucks, he licks, he bites.

She arches her back, she grips the sheets.

He reaches her neck.His tongue traces her perfect jawline.

He devours her mouth with his.

She grabs him, she begs him, unable to wait any longer.

“I want you inside me”

He spreads her legs.

He is in awe of the beauty that lays before him.

Her legs are wrapped around his waist, he pulls them over his shoulders.

He thrusts, and thrusts, he is lost.

She moans. She screams.

They cannot believe it. How can this be real?

His fingers on her clit, his cock is pounding her pussy.

She cannot hold on, she calls his name.

He rams inside her, helpless, fucking harder and harder, over and over.

She feels him pulse.

She feels him shake, his body as stiff as his cock.

She screams again, she calls his name.

He wants to hold on, desperate to stay inside.

He collapses in a heap, he lays upon her breast.

They lay as one, him still inside.

Once able to move.

He rolls to his side, absorbing the beauty beside him.

He kisses her nose, her cheek, her chin, her lips.

It shudders through her body. Still shaking, still wanting.

She nods, she smiles.

“I don’t know what this is, but I never want to leave.”