What has to be done would provide Uzuki Yashiro the perfect promotion opportunity.

He just really doesn't want to be the one to shoot the dog.

It's the same thing in the end at this point.

For once in his life, Koki Kariya is very, very grateful that Uzuki Yashiro is the one who’s writing the usual investigation postmortem, and not him.

For one, he knows just how badly Uzuki wants the career advancement, and this--if anything--will definitely give it to her.  Probably will earn her a shot at Officer-hood, might even get her on the Iron Bitch’s good side (which would be a rarity).

The other reason being...well, yesterday he had made the distinctly uncomfortable discovery someone whom he’d considered a friend in past, and who’d been a rising star...had become just a bit of a rabid dog, and he doesn't want to be the one to pull the trigger.

He’s sure Uzuki’s going to be screaming at him for the next week on how she was made to pull out a small library to document things, but...it’s better for her.

Better that she have the opportunity.

Better that she’s the one that shoots the dog.

Because Koki Kariya doesn’t know if he has it in him to shoot the dog.

On day 4 of the second week of the most recent Game, an unknown sigil was found in Udagawa (see Figure 1 for snapshot) associated with an outbreak of Taboo Noise; this report is a postmortem analysis of this event and the sigil.

The sigil in question was subsequently determined to be a Taboo Noise Refinery Sigil, which was apparently not activated at the time (and which was subsequently deactivated as noted below).  We are noting symbolism and analysis of this Sigil as a means to identify and prioritize for deactivation, due to the profound risk that Taboo poses.  This is the first event of its type in over twenty years in the UG, and (per my research) the largest known event of its type so far documented. 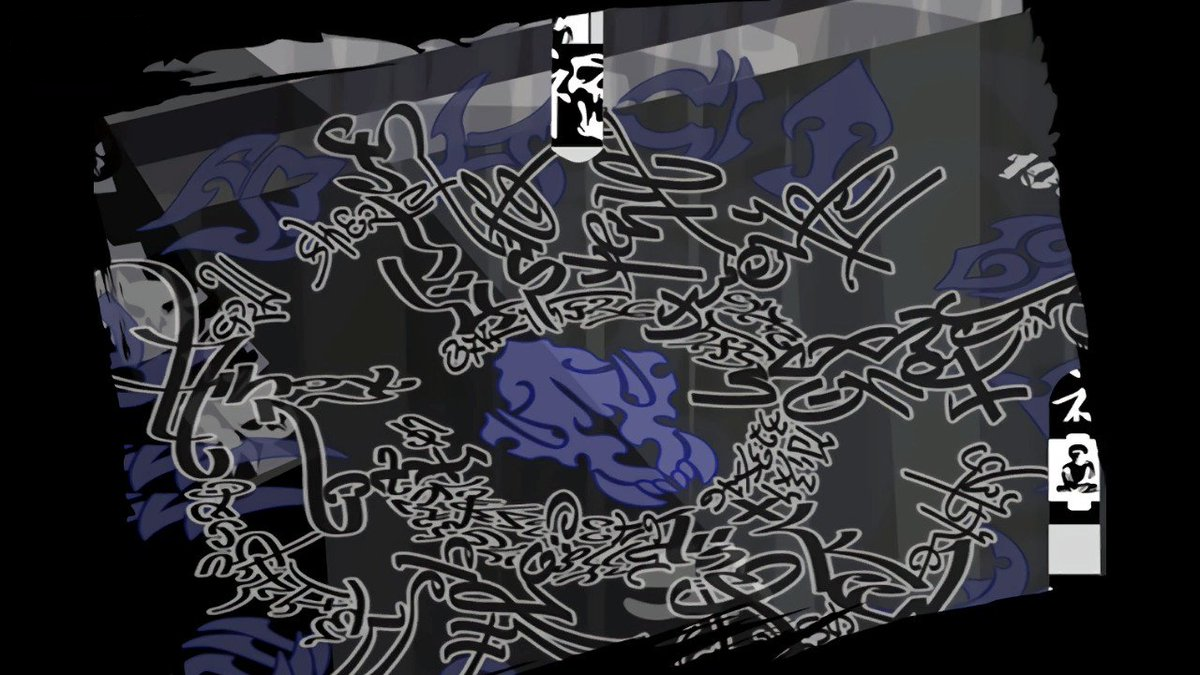 Figure 1.  Taboo Noise Refinery Sigil observed in Udagawa near Cyco Records, subsequently deactivated.  A full shot is not included and wards are placed on the picture to avoid inadvertent activation.

Symbolic language in the sigil that is unique is as follows:

Kariya sees a lot of potential in Uzuki.  She’s hungry.  He likes her as a partner; yes, sometimes she’s a little quick to jump the gun and go into action, but she really does care about the job, and he knows a lot of the frustrations she’s dealing with over the Long Game and over the Games in general are the necessary periods of sitting around and doing nothing.

At least when she’s an Officer she’s not going to have so much of that, but it’s best now to get her used to the sorts of paperwork she’ll have to file on meetings and quotas and the occasional frank weirdness.

She’s got an eye for detail.  He’s taught her well.

Maybe a bit too well.

There is some particularly interesting number symbolism as well:

Koki Kariya really doesn’t want to be the one to shoot the dog.

It’s much better if Uzuki does it.  It’ll be good material for her career advancement.

He tries to not think about how literally a week ago he’d defended the Grim Heaper to Uzuki’s face, letting her know that yes, Minamimoto was a pain to deal with, but he was an artist above all, and art was not something to be rushed.

He never imagined the kid who'd become a legend in his own right (to the point he had urban legends around him) and had risen like a rocket in rank would be dabbling in this kind of art, though.

Extensive symbolism relating to the number pi is included within:

He’s doing this for Uzuki, he reminds himself.

He knows all too well the threat of Taboo.  The only other time he’s ever had to file a Shoot The Dog Report was with a dumb kid who’d tried to dabble in calling up Taboo--to see what was different about it--close to a quarter century ago, when he’d first joined the Harriers himself.

Not terribly longer in the job than Uzuki has been, really.

By the time they found the kid, he’d been savaged by the grizzlies he’d managed to call up from the nether and it’d taken the better part of three days to clear out the angry Noise infestation.

He never wants to see another fucking Wall of Grizzly again if he can help it.

He hopes that Uzuki doesn’t notice a few details he saw in the sigil.

He hopes when they catch Minamimoto that...they’re certainly not going to let him remain an Officer, he won’t even be allowed to live after this...but maybe after he’s Erased, maybe the Powers That Be will take pity on him, and he’ll end up some cat Noise or whatever where he might know something of joy without all that shit he had in his head all the time…

There are a few other aspects of the sigil for which the purpose is not yet known:

Unfortunately, examination of the symbol also leads us to a direct suspect—one Sho Minamimoto, presently a Reaper Officer, and whom would technically have been GM in charge of the Game during Week 2:

Figure 2.  Colour-reversed image of the apparent “tag” of the sigil.  “M. Sho” appears in Romaji (noted in blue), with surrounding drawings meant to give an impression of a lion cub’s ears and tail (noted in red); these, too, are drawn to resemble mathematical constants and set theory symbols (noted in green).

HQ has been contacted on an emergency basis and has sent assistance for deactivation of the sigil, but the grave threat of Taboo—and in fact an apparently very advanced and in part successful attempt to summon Taboo—cannot be understated, especially in a case where a Reaper Officer may be involved.

We are grateful to HQ for their assistance in this matter, including pointing out some of the more unusual references in this report.

It’ll be good for her.  He just wishes she hadn’t noticed THAT particular detail.

(Yes, he admits to himself, yes, we both saw him draw the bedamned thing.  He still doesn't want to admit that to himself.)

He doesn’t want to be the one to put down someone he considered a friend (as much as Sho Minamimoto even considered anyone a friend).

He knows Minamimoto has gone rabid, and Taboo cannot be allowed to propagate in the UG under any circumstances or Bad Things happen.

He just doesn’t want to be the one to pull the fucking trigger to shoot the dog.

Better to have Uzuki do it.  She’s hungry.  She wants the promotion.

Koki Kariya sends the approval to send the postmortem report on the sigil to HQ via text message.

And then spends the next five minutes softly cursing to himself as it all hits like a train:

Goddamnit.  Goddamnit it all to fucking hell.  Just…

And in a bathroom stall in a godforsaken part of the Udagawa backstreets, Koki Kariya weeps to himself and mourns for the dog he knows has to be put down.

He’s gonna miss the weird modern art Minamimoto tried to explain to him.

The weird maths obsessions which he hated at first but which had grown on Kariya after a while when he realized this was an odd sort of artistic flair.

The unusual ways Minamimoto tended to handle things, starting from the first time Kariya had seen him.

He never dreamed he’d be sending the kid to Erasure, though.

This fic is not, in fact, solely an excuse to post what amounts to a reverse-engineering of the Taboo Noise Refinery Sigil.

(It is totally an excuse for me to do Exactly That.)

That said, though...it's also very much an excuse for me to write more Kariya and digging into his head (which is easier for me than digging into Uzuki Yashiro's head) and pouring out what must have been his own feels on the situation. I can only imagine he was conflicted--I mean, he's actually defending Sho and his Modern Art Masterpieces canonically earlier in the game, and defending the Lack Of Things For Reapers To Do...and then day 4, they...well..."oh hi, the guy I just defended? Is making literal Taboo Noise Refinery Sigils and making incantations with pi and oh fuck I've been around long enough to know exactly what that means, and what that implies, and not just because of the sudden plague of Eurobeat Boomers in the UG". And he wants well for Uzuki, too, so...yeah.

Also a chance for me to write a bit (in an extremely angsty way) on his feelings for her. (They're genuinely a fun couple even if I am not ripping out Kariya's heart with a spoon; one reason I love playing with them in the (much, much happier) "Learning Curve" continuity :3 If only TWEWY had a convention like a number of other fandoms for cute ship names, I'd have dubbed this ReaperRocketShipping long ago.)

And yes, pretty much all the stuff I note in the fic? Is, actually, in there. (I may have spent entirely too much time looking at details of the sigil in the interest of Professional Fanfiction Research, particularly the version posted on the ARTNIA floor in November 2018 during an art expo to celebrate Final Remix's release (image courtesy Famitsu; to my knowledge this may be the best available image of the sigil that exists) and some artists' notes and concept art of the sigil from the (all too thin in new content and next to unobtanium) TWEWY artbook distributed with the special Final Remix bundle.  I am pretty sure if damnation exists, I've earned it at this rate. >:3)

Oh yes, we are bringing the Tabooty on the next one. There will be content and trigger warnings and deservedly so.