The age of exploration has dawned upon the world of Arcadia but not all is well. The skies have darkened as Valua’s war engines expand outwards. Cannons roar and flags of conquest flutter in the wind. In spite of this, brave adventurers set sail across the vast skies in search of untold treasure. And where there is treasure, there will be Air Pirates.

This is the story of two rogues and the mysterious girl they meet on their adventures.

Chapter 1: Filling In The Map

Filling In The Map 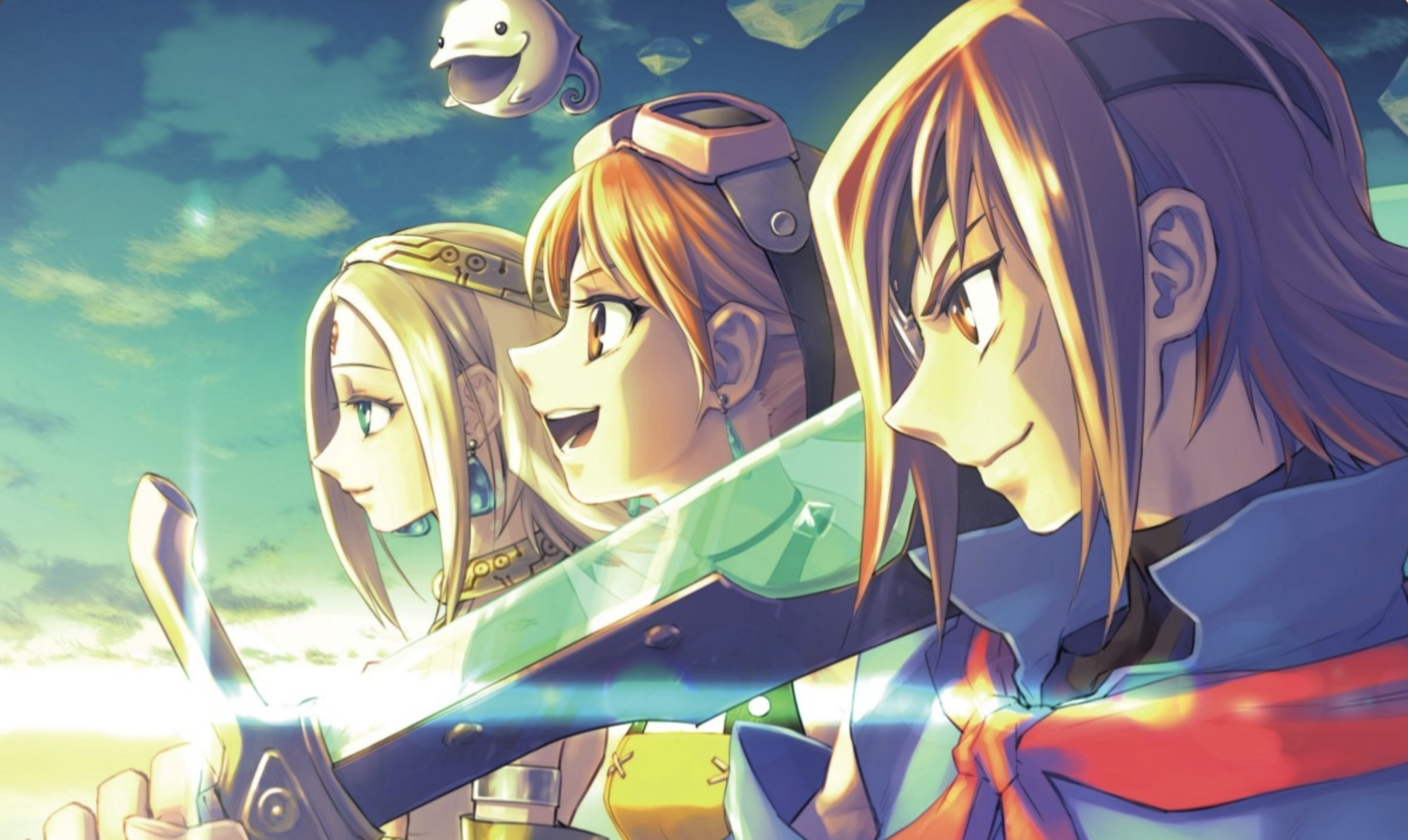 I was eleven years old when I first played Skies of Arcadia. It was a bright and powerful story that instilled valuable lessons into my heart. Be audacious, seek out new experiences, question authority, and always respect the world around you. When I first finished the game and the credits rolled, I rushed up from my basement haunt, eyes tear-filled, and made a vain attempt to explain to my mother that I had experienced something special. Eleven year olds not having much world experience, I am sure this sounded absurd. Yet good art speaks beyond our ages and pours itself directly into our souls. I hadn’t traveled the world like Vyse but I still somehow felt like a globe-trotter. I grew alongside him. I was enraptured; drawn into a sense of adventure and excitement that I’ve rarely felt again. An ember sparked in me which has never dulled. Whatever weariness the world has etched into me in the passing decades evaporates whenever I see a picture of Vyse or hear the light swirling strings of the game’s title screen.

I have searched all my life for a word that captures the swelling in my heart during those moments. Of those at my disposal, I’ve settled for wonder. That’s what I feel even if the word feels insufficient for the deeper truth in my heart. Skies of Arcadia made me wonder and made wonder as essential to my being as oxygen. Without it, I would not be the person I am today.

In the decades since that first playthrough, I’ve revisited Arcadia many times as a fan and as a journalist. I’ve had the privilege of speaking to the game’s creators and thanking them personally for their effect on my life. I’ve consumed manga, light-novels, musical remixes and audio-dramas. I have analyzed and assessed, often professionally, how the game works. Skies of Arcadia is many things, and fans have been fortunate enough to see the story exist in a variety of formats that bring the world to life in different ways. Arcadia is a world with many points of contact.

We’re long beyond any hope of SEGA offering an official novelization, and while there've been plenty of Fan Fiction attempts it seems that many were left incomplete. I believe new works and variations are running right now and I hope they reach the finish line. It’s with a cocky grin and some presumption that I’ve decided to make my own attempt as well. I admit I'm terrified of the project but there’s been a yearning in my heart for years, a desire to return to this world in a more comprehensive fashion. This is one of many ongoing projects that I hope will assuage my nostalgia.

There are some novelization attempts that I am familiar with such as the incomplete “Eternal Arcadia” by Pegasus Knight. It seems some vocabulary from that work (chiefly some names) have become vaguely accepted in many others works via community acclamation. For instance, calling the Mid Ocean region ‘Meridia’ which I think started there. I will sometimes use those terms though quite rarely. I know there is another novelization happening at the moment: "Between Three Rogues" by Eric Lawson. Though as I understand it, that project is meant as a very particular take on the story with more explicit romantic expansions. I want to do something closer to the former. There's probably other attempts and successes that I'm missing; many people have set out to write their own version of this tale. More than anything else what I wish to inherit most from "Eternal Arcadia" and the other attempts I’ve seen over the years is a commitment to expanding Arcadia beyond what is present in the games. I imagine there will inevitably be similarities among all of these novelizations. I want to avoid that as much as possible even if all these works are based on the same script and basic story.

We’re all working from the same map; I want to fill it in more.

My intention is a faithful recreation of the source material's main story with additional scenes, perspective changes, and moments for other characters to shine. The scope of these expansions will grow as I am able to move out of the story's early chapters. You may have noticed that I've listed Vyse, Aika, and Fina as the main relationship pairing. That's the plan along with some side pairings and I'm excited for it but this isn't really a romance-focused work. It’s unclear to me how much Legends material I will incorporate into this work. I enjoy Legends but it seems to me that featuring too much of that content could affect pacing. It’s my job as a writer to figure that out even as I juggle crewmember stories, world-building, and additional scenes. We’ll see how that goes. Be aware I do have some very serious professional obligations that will invariably affect my ability to update rapidly but also please know that I do intend to write a full and complete work.

I want to leave some warmth on the page. A piece of the ember that was sparked in my heart years ago. These characters are dear to me and they are presumably also dear to you if you are reading this. I hope to capture why that might be and draw you into a world where heroes are real and good always prevails. A world where you are free to wonder once again.