A collection of connected vignettes with the Tea/Seto ship at its center in honor of Azureshipping Week 2020!!!!

It's been a long time since I've been to a slumber party just as its been a long time since I've been a teen or twenty-something. Still, here is my offering for Azureshipping week! First up: GAME NIGHT in which Tea has just returned to Domino after a long absence and is enjoying a night of girl bonding, junk food, alcohol, card games and a rousing discussion about the sexual proclivities of the many men she has become acquainted with. 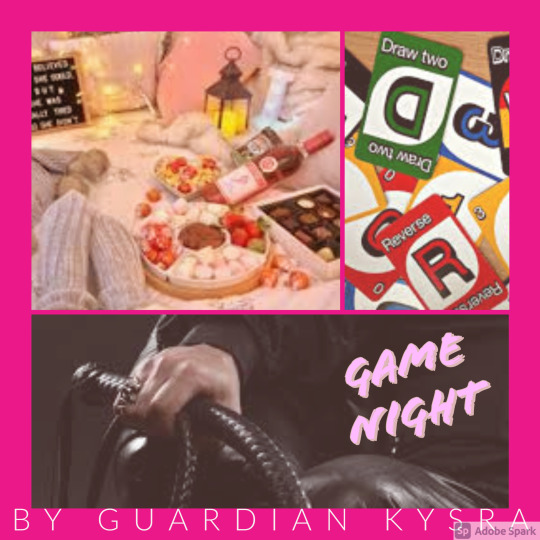 “I bet Yugi’s a bottom.”  Mai says around the lollipop in her mouth while shuffling the cards.   It’s three in the morning, and they are all red-eyed and shit-faced.   Somehow catching up in Téa’s new apartment had become a movie night which had then evolved into an adult slumber party for five which was now a strange drunken game night, complete with betting, drinking, and sex talk.  Currently, they are discussing whether the men they know are dominant or submissive in the bedroom, starting with casual acquaintances like Weevil and Ryuzaki, now moving into more well-known friends and enemies.

(Téa is still queasy from conjecture about Pegasus.)

Rebecca giggles from her spot sprawled across the floor on her back as she reaches over her head for her cards.   “Nah.   Yugi’s a top.   Lot’s of pent up rage in that little body of his.”

Serenity spews the gulp of wine she had just imbibed.   “You and Yugi?”   Téa doesn’t blame Serenity for being shocked.   Rebecca is only just eighteen, narrowly achieving the age of consent.

Mai finishes dealing as Rebecca makes googly eyes at her hand.  “Honey, I’ve been after that man since forever, and I let him damn well know it.   Finally got him to crack on my birthday.”   She waggles her eyebrows, a strange sight as she’s gazing at them upside down.  “I had bruises for days.”

They are playing UNO (Téa doesn’t think they have the brain power for anything more complex, honestly) and the current card is a blue 6.   She turns her head a little sideways.   Maybe a 9.   She squints . . . Nope.   An 8.

“Joey could use some pointers from Short Stuff, then.   I’m so tired of having to do all the work all the time.”  Mai pointedly chomps down on the lolli with her molars, a loud crack sounding from her teeth.

“Oh, don’t be a prude.”  Rebecca twiddles her fingers at the older woman before throwing down a red 8.  “We all knew Joey was a bottom.   He totally has the hips and ass for it.  ACK!”  Two pillows – one from Serenity and one from Téa – hit her in the face.

Running at hand over her pony tail, Serenity throws down a red 2 before offering.   “I think Duke’s a top.”

Téa laughs uncontrollably at that one because it’s true, and she will never ever divulge how she knows.  “Tristan’s a bottom.”   She presses a green 2 down atop the discard pile.  “Found out after graduation firsthand.”   It had been both their first times.    Tristan had brought her home after the commencement party.   They had been drunk; she doesn’t remember much except that she had felt cared for and enjoyed herself.

This sends Mai and Rebecca into hysterics while Serenity blushes deep red and covers her mouth, scandalized.

Mai sends a green skip card to the pile as Rebecca glares at her.  “What about Mokuba, Serenity?   Top or bottom?”

Rebecca snickers.   “That’s right . . . You weren’t here while Red here was the subject of an intense and thorough wooing by the youngest Kaiba.”

Perusing her hand, Serenity sticks her tongue out at the bespectacled blonde.  “You make it sound so . . . “

“Interesting.”  Téa arranges herself on her cushions, shifting to her stomach and propping her head up on one hand.  “Tell me about all about it.”

Mai snorts.   “There’s nothing to tell.   Mokuba is possibly even hotter than his dickhead older brother.   He ended up in the restaurant where Serenity works, chatted her up –”

“Then,” Rebecca breaks in as Serenity becomes more and more visibly mortified, “he starts sending her these little notes at work – nothing trashy just things like ‘I enjoyed talking to you the other day’ or ‘Hope you’re having a good time at work.’   Real sweet like.  He starts dropping in all the time by himself and with corporate big wigs, always asks for her specifically to wait on him then gives her these huge tips and –"

Mai picks up the story again, “One day he writes his phone number on the bill.   Serenity held onto it for a good – what?”   Here she looks at the girl in question.  “A few weeks?”

Serenity sets down her cards and buries her face in her hands.  “A month.”

“Right, a month.”  Mai shakes her head.  “Anyway, after a month, he asks her if she’s lost his number and tells her if she wants him to stop bothering her he will.”

“I told him he wasn’t bothering me,”  Serenity’s voice is muffled by her hands.  “That I just wasn’t sure what he wanted exactly.   He looked sort of put out then said he would try to be more obvious.”

Rebecca chimes in, “That’s when he pulled out the Big Guns:   flowers, chocolates, VIP passes to all sorts of sold out events he somehow knew she’d be interested in.   She finally called him to thank him and let him know that she really didn’t need all of these gifts.”

“I told him if he had wanted to date me, all he had to do was ask me out.”   Serenity’s hands are now in her lap, a high blush painting her cheeks, her eyes glassy but sparkling.   “So he did.”

Mai throws all of her cards in the air, watching them flutter to the floor.  “Still doesn’t answer the question:   bottom or top?”

Rebecca wiggles on the floor.  “I’m betting top, and he likes to tie her up.”

Mai clucks her tongue.   “I’m going to take your bet Becky.   I say he’s a bottom and he likes to be spanked.”

This has Rebecca scrambling unsteadily to her knees, laughing.   “OH MY GOD!   Are you serious?”

Still choking on laughter, Rebecca wonders.   “So . . . do you think the older Kaiba has similar kinks?   Think he’s a top?”

Téa snorts.   “That control freak probably requires a full physical and signed NDA before even thinking of letting anyone near his white dragon.”  She sucks contemplatively on the mouth of her beer.  “Also, he probably has a sex dungeon in the basement.”

Pulling a pillow to cushion her head, Mai swings one arm, spreading the mess of empty bottles, half-full bowls, UNO cards, and betting chips.   “You’ve been watching too much Fifty Shades of Grey, girl.”  A pause then,  “I finally convinced Joey to let me have Kaiba as my free pass.”   A heavy sigh, “I bet he’s a top.   There’s no other reason for him to retain that much upper body strength.”

“Couldn’t possibly be because he has time on his hands and maybe enjoys fitness.”

Mai and Rebecca shoot her near identical looks of pity.   “Oh sweetie,” Mai coos, “it’s been years since you’ve seen him.”

It’s true.   Téa had spent the last five years in the United States, studying dance for four years and enjoying one year as a principal dancer in the New York Ballet Company.   Unfortunately, a leg injury and two surgeries later had left her financially drained, physically exhausted, and without a job.   She had recently moved back to Domino after securing a teaching job at the same dance studio she had attended as a kid.

Serenity murmurs sleepily.   “Seto isn’t bad.   He can actually be quite sweet.”

Rebecca is less diplomatic.  “I would climb that man like a tree if I didn’t have Yugi’s dick to look forward to.”

Even Mai licks her lips.   “I can’t tell you how many times I’ve had to sit across from him during board meetings while imagining him fucking me into the table so hard it breaks.”

Téa chortles, weakly throwing a handful of cards at her older friend.   “Does Joey know about your illicit fantasies for your boss?”

A visibly groggy Rebecca pulls one of the many blankets nesting their little indoor camp over her legs and hmms as she gets comfortable.   “Didn’t you have a thing for him back in the day, Téa?”

“Mmmmmhhhhmmmm.”   Mai curls up on the floor, obviously ready to doze.  “I was there, girlie.   ‘Appreciation’ is an understatement.”

Téa swats at Mai’s hair which had settled over her face.   “Whatever.   It wasn’t anything serious.   Just a rebound after Yami pass on.   No big deal.”

Mai’s whispery snores are a counterpoint to Serenity’s louder ones, and Rebecca’s mouth goes slack as she falls into slumber.   Téa sighs tiredly before rising, her body aching from alcohol and hours of lying on the floor, and moves to shut off the lamp.

She’ll clean up the mess later.  After a few hours sleep.