1993: For a dozen years, there had been nothing to see, nothing to touch, nothing to remind him of the life that had once been his.

Submitted as a mod exhibition piece to the 2014 R/S Games. 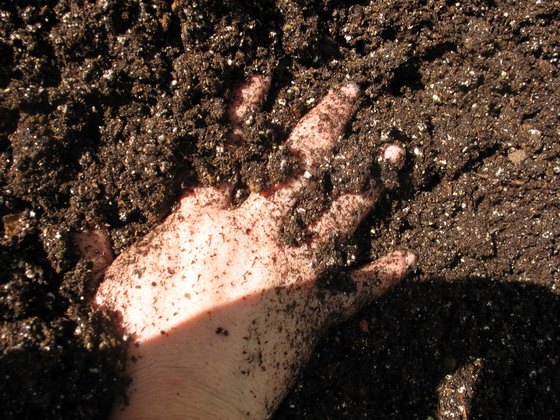 The dawn sunlight woke him, streaming down through the gaps in the leaves to warm his fur, and he opened his eyes to a world coloured in shades of grey. He was used to the grey. Man or dog, it was the only colour to be seen inside the walls of Azkaban. The only colour Sirius Black had seen in a dozen years.

This was not Azkaban. He lay on a patch of summer grass under tall trees, leaves fluttering in the morning breeze. Birds called to one another from the branches. Birds. Birds never sang from the walls of Azkaban. They liked the Dementors no more than any other living creature did. Sirius had almost forgotten what they sounded like.

Where was he? Had he died? Was this some blessed afterlife -- a reward for his long years of suffering? No, it could not be. He did not deserve it, for one thing.

The previous day came back to him in a chaotic tumble of memory. The frantic dash through the gates. The plunge into icy water. The desperate churning of his legs as he swam. The taste of salt water in his mouth, choking him. The round rocks under his paws as he struggled, exhausted, onto the shore.

Free. He was free. The thought shuddered through him, delicious and terrifying. What now?

He rose and shook himself, undercoat still soggy with sea water from his swim. His legs were stiff, but exercise would loosen them. He trotted a few paces, then broke into a run. Air rushed past his ears and ruffled his thick, matted fur. It felt good. It reminded him of midnight runs and chasing sticks in the park. The cramped confines of his cell had afforded room for no more than restless pacing.

He slowed when he reached the road, wondering which way to turn. The paved two-lane track was unmarked by any signpost as far as he could see in either direction. He had no idea where he was, and no way to get anywhere else, other than his four paws.

The dog raised his nose and sniffed the air. He had been hoping for some scent of nearby food to help him decide, but it was a different scent that came to him on the wind. It called to him, and his feet were moving before he even remembered what it was, or why it drew him.

It was the smell of damp, freshly-turned earth.

Standing at the edge of a farmer's field, the dog put his head down and buried his snout in the plowed soil, breathing deep. The scent was rich, exciting, redolent with the potential for new life. It tickled his nose, making him sneeze. He remembered the forest by night, the ground churned up by hooves and heavy paws, running free in the darkness. Flopping onto his side, he rolled in it, joyously rubbing the scent into his fur.

But he could not touch it. The pads of his paws were so thick with callouses that he could feel nothing through them. And he must feel it. He knew that much.

Glancing around to make sure no one was near, he changed.

The sudden shock of colour made him reel back. The bright green of the trees and the grass. The deep blue of the sky. The small sparks of yellow and purple wildflowers dotting the roadside. The rich dark brown of the earth. Then everything blurred together and he bowed his head, chest squeezing tight. Had the world always been so full of colour?

His fingers dug, claw-like, into the earth, warm and gritty and damp. The first thing he had touched in years that was not cold stone or rough linen or iron bars or the cheap crockery on which his food was served. It felt wonderful.

Sirius lay in the dirt, his body loose and formless, face turned towards the sun. A soft breeze ruffled his hair. He thought that if he stayed there long enough, eventually he would crumble into the soil without a trace. There were worse endings he could think of.

He turned his head and opened his eyes to see his hand, half buried in the earth. But it was not his own hand he saw. It was Remus's.

Herbology class. The rich, warm scent of the greenhouse rising up around him. Remus's hand digging into the dirt as they prepared to plant their latest project.

"You always do that," Sirius teased. "I might get jealous."

Remus grinned sheepishly. "I like the way it feels."

Sirius rubbed the dirt between his fingers and remembered. It was so strange to be able to remember without fear of calling the Dementors down upon him. Sirius had spent so much time shying away from his memories that he had forgotten what it felt like. But now he could not stop the flood.

Remus, talking about planting a garden someday, if they ever lived anywhere other than their small flat in the city. Remus, coming home from helping Lily with her garden, black dirt under his nails and a peaceful, contented smile on his face. Remus, smelling of earth and green, growing things where Sirius kissed him ....

Sirius's eyes blurred again as tears coursed down his cheeks. "Remus," he whispered, throat tight with sorrow for all the lost years and moments that should have been spent with the man he loved.

Had he ever done it? Had Remus ever got his garden? Did he still bury his hands in the dirt like this? Did it give him any peace? Sirius hoped so. He hoped that Remus was still alive, and that whatever life he had afforded him some joy.

Someday, when Sirius had completed his mission, he would go looking for Remus and tell him what had really happened. And then maybe they could see about beginning to mend things between them.

Gravel crunched in the distance and Sirius's head jerked up. Voices on the road, coming nearer. His lips drew back in an instinctive snarl, even though he was man-shaped. Rolling on to hands and knees, he changed, shook himself, and fled.