Letting Go (but also the furthest from it)

He knows he should give it back. But there's something making him hesitate. 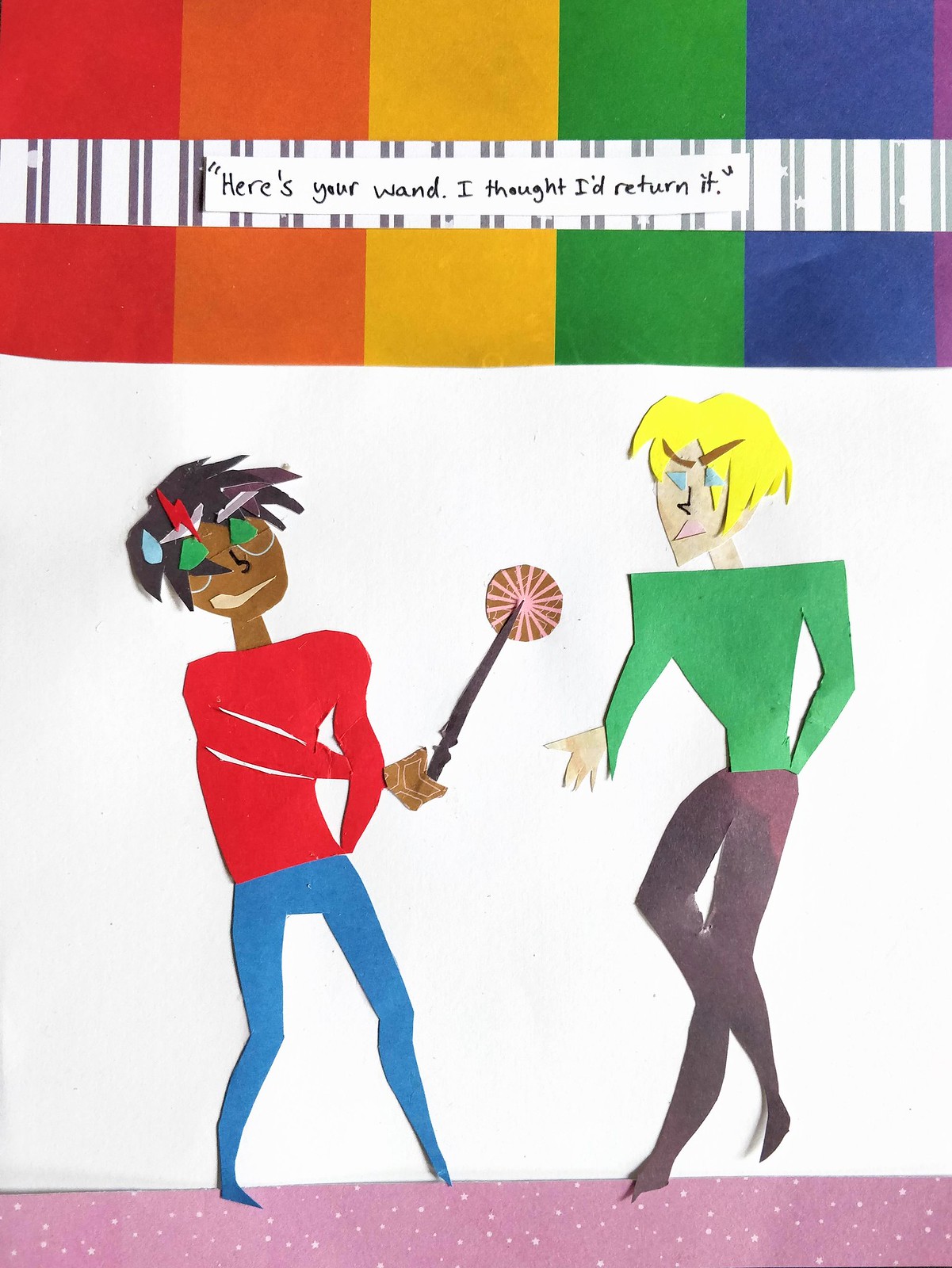 Despite Harry’s instinctive reservations, it was time to return the wand.

He’d been holding onto it too long already—longer than was strictly necessary—and the implications of that plagued him when his thoughts drifted away from war.

Which was rare, but did occasionally happen.

What was the purpose of such hesitation? He asked himself daily, thumb skimming over the smooth, hawthorn handle. Its magic bubbled, soft and quiet, under his touch.

He felt no lingering resentment for Malfoy—not in the way he once had, that is—but in spite of that, he acknowledged that his feelings were not nothing, either. There was something there, something twisting beneath the surface of his mind whenever it migrated to shock-grey eyes and a sharp, accusing jaw.

He wanted to feel nothing. What was there proved far more frightening.

Harry paused a moment in the shadows, watching the blond’s natural swagger. It had lost some of its pride over the course of the past year, but a part of him was relieved that it hadn’t dissipated entirely. He hadn’t come here to feel pity.

“Potter.” His voice was resigned, like he’d somehow seen this coming. Reprising an old role.

“Malfoy.” He’d already said that, hadn’t he? The name just felt good in his mouth. Weighty, familiar. “I have something of yours.”

“Here’s your wand. I thought I’d return it.”