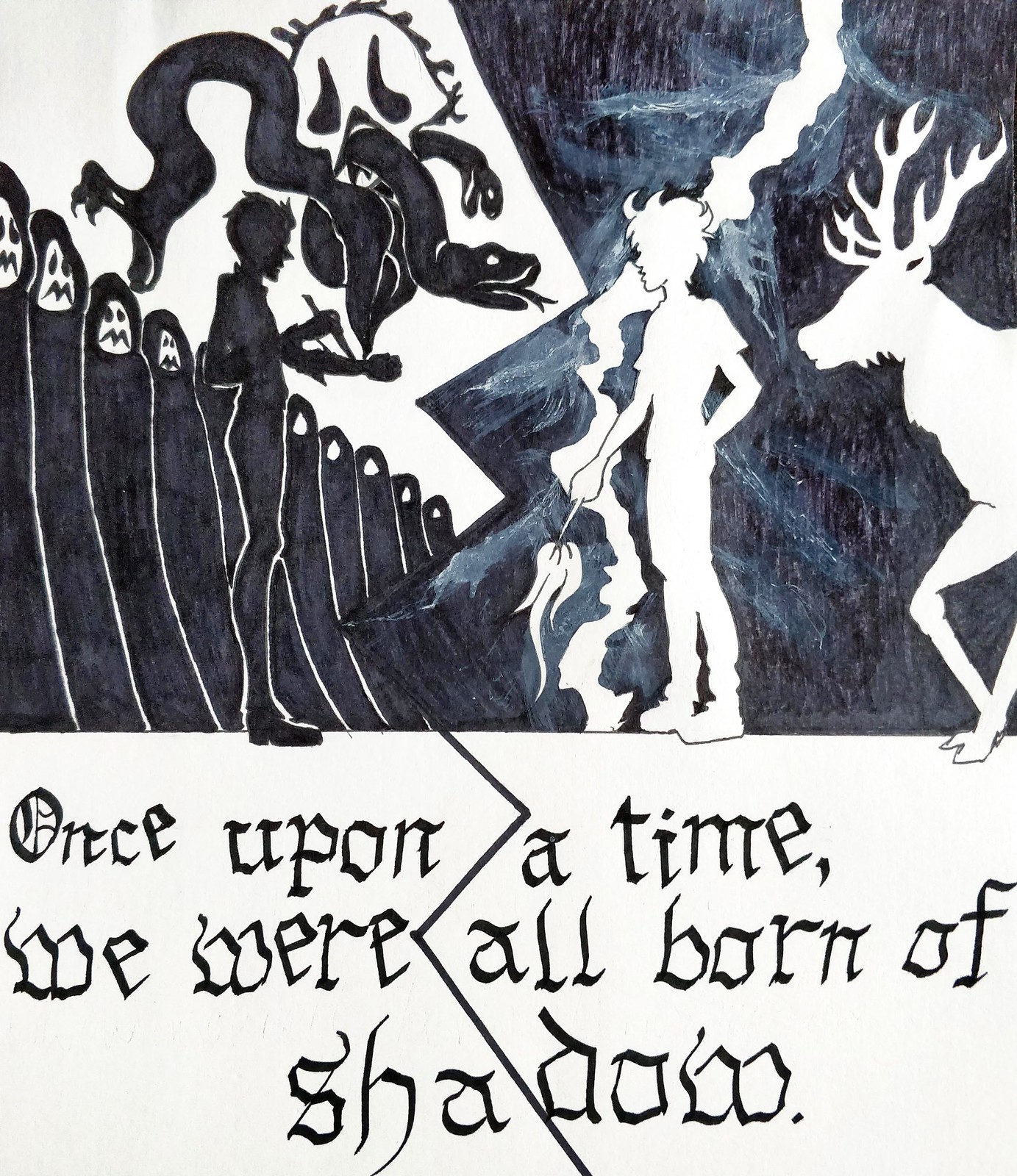 A classic reversal – a tale both tired and old.

Once upon a time, there were two boys, not dissimilar in dignity,
destined to meet and cast curses from across every room.
Their cards were played, their fates were sealed;
by their crusades, they were consumed.
Once upon a time, the boys were mirrors of long-lost affinity.

Once upon a time, we were born of shadows’ symmetry.

Hey folx! My partner (private_eyes) did the sound design for this - so he's who you should thank for making my voice sound Not Terrible (and adding those fun/eerie vibes). I was so flattered by everyone's comments on my drabble and drawble this month, so I hope this adds to the experience!