The Hawk and the Wolf

Two brothers, cursed for loving one another a little too closely, wander as knights errant, together yet forever apart. Their luck turns when Dean encounters a young thief, Garth, running from Winchester Cathedral with a stolen book. They have just one chance to meet the conditions for the spell to be lifted; will they win their hearts’ desire or be doomed to live out the rest of their lives under a cruel enchantment?

Captivating art by Kelios. Please visit her LJ to leave feedback! Her beautiful images sang to me and brought this story to life.

Loosely based on the film Ladyhawke (1985) with Matthew Broderick, Rutger Hauer & Michelle Pfeiffer.
Also strongly influenced by Arthurian legend, Robin Hood and Brother Cadfael, my principal sources of historic fantasy growing up. As historically accurate as I could make it, with some notable exceptions to the British monarchy and the premise that magic, and monsters, are real. I tried to strike a balance between readable and Chaucerian English, so it is a little flowery in places. I gave Azazel his actor’s name - tweaked for the time period - because he isn’t an actual demon, so the name would have been anachronistic, but he is in all other respects himself.

All my thanks to my amazing beta, thanks_tacos, who is one in a million and helped me through this epic in so many ways; to the talented Kelios for working with me without complaint as my medieval setting required extra touches; and to the lovely mod bluefire986 on LJ for their patience and support as I battled to get this done! Couldn't have achieved it without any of you. <3 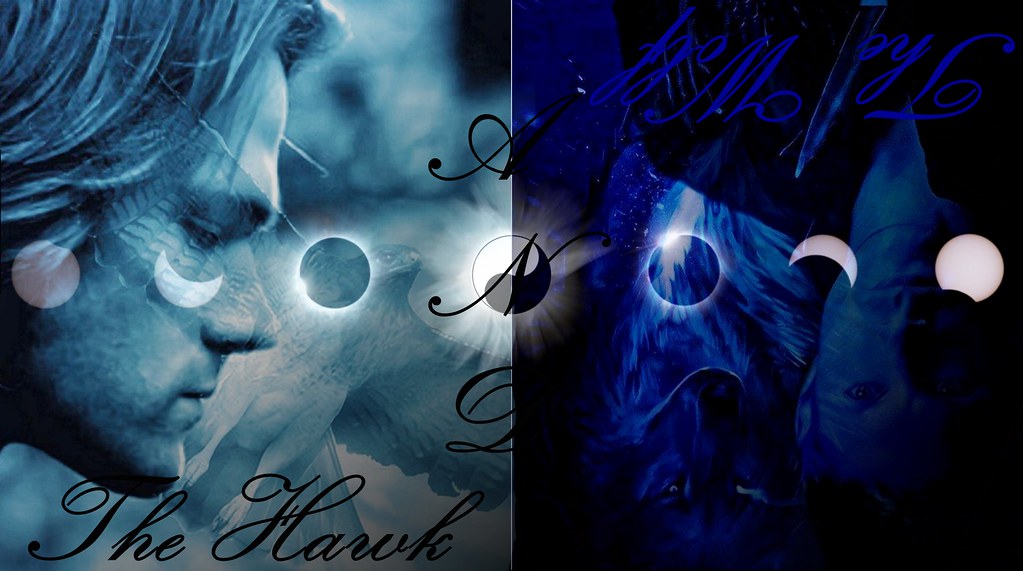 Dean sat cross legged in a wooded clearing, sharpening his sword and appreciating the warm spring sunshine that poured through the new leaves like a benediction straight from Heaven. Baby grazed nearby, snuffling and champing the young grass in horsey content. From far above came a high, keening mew and he looked up, squinting into the brightness of a cloudless sky. The hawk hovered, an arrowed speck against the blue, intent on some infinitesimal movement down among the grass stems. A mouse, perhaps, disturbed by Baby’s foraging; or even a beetle. Its eyes were a hundred times keener than his own, he knew from long companionship, though he’d never given much thought to falconry, before…

Another spring, long years gone by, from a childhood as innocent and carefree as it could be in a family ravaged by a mother’s loss. He is running through the castle courtyard with his little brother, laughing, playing tag; leaping over and through the bustle of workmen, good natured curses ringing in their ears as their boyish exuberance threatens to topple hay bales, a stack of earthenware, trestles of newly cast tools and horseshoes. They race for the postern gate, burst out of the castle and spring like fawns into the surrounding forest. They are truants of the classroom, should be studying right now with Pastor Jim; Latin, dry and dusty as the tomes he eternally peruses, like a kindly, wizened troll peering through his half-moon spectacles and tutting gently at their antics. Dean has no time for Latin when the sun is shining and the green woods beckon. He wants to run and play and hunt; he has promised to teach Sam how to shoot a bow and Sam, usually their tutor’s darling, is stricken with the same itchy zeal to be out of doors, away from the cool confines of the castle library, to go a-Maying with the older brother whom he worships; an errant knight and his eager squire.

It is a glorious afternoon, golden-green and illicit, imprinting indelibly on Dean’s tender young mind as one of the defining moments of youth. They stay out well into the dusky evening, sampling the forest’s delights, enwrapped in each other’s company. There is nothing new in that, but out here, truly alone together, away from the well meant bustle and scolding and scheduling of attendant adults, he tastes the true freedom of getting to be oneself like a stolen sip of one of their father’s fine foreign wines. Being himself, but not by himself; no loner by nature, Dean would always crave company, but is perfectly content to find it in Sammy, the treasured younger sibling he nurtures and protects as fiercely as a mother lion her cub.

Green and gold played through his memory now as the sun beamed upon his bare head, recalling the thrill of childishly daring exploits in a young world full of promise: happier times, cherished moments of time spent with the person he loved - loves - best in all the world. Time past, and impossible to recapture or reproduce. Sorrow arced across the memories like the slash of lightning, as reminiscence led with fateful inevitability to his current situation: lonely and alone, cut off from his brother as surely as though all the lands of the Crusades stood between them.

A cry pierced his introspection as keenly as the stab of that lightning’s strike, its wild loneliness echoing the sudden melancholy of his mood. Harsh and thin yet roughly musical, like the drone of a split reed pipe, it summoned him back to the here-and-now as surely as a call to arms. He looked up again, shading his eyes from the light, as the hawk dropped out of the blue like a thunderbolt, plunging with deadly accuracy towards the clearing and its spotted meal.

The soft thump of talons encircling their prey like a trap springing closed; the whuff of feathers as the great wings arched up and outwards, countering the sudden descent; the shrill squeal, cut short, as some small creature met with death among the less than concealing thicket of grass blades. The hawk turned its head to look at him, fierce eyes blank and golden as the sun, and it opened its beak to scream at him; in victory, or in warning, because he was too close?

Dean laughed, and sat back on his haunches to watch the bird.

“Don’t yell at me,” he chided fondly. “I don’t want your mouse, or whatever it is you’ve caught. Times will be pretty rough, before I have to depend on you for my dinner. Personally, I’m looking forward to the last of that veal pie and the wedge of cheese you think you’ve hidden so cleverly. Don’t worry though, I’ll leave you enough; one mouse probably won’t see you through the night, will it, little hawk?”

The bird turned away as though it could understand him, or was satisfied that he posed no threat to its new-caught meal. Dean continued to watch as the bright, curved beak slashed and stabbed between its feet, ripping up scarlet ribbons of flesh from the hapless rodent, gulping them down with unthinking, animal satisfaction in its kill.

He refused to name the bird; kept shut and locked the treacherous door that opened on the terrible, tragic countenance of truth. The hawk was his companion now, so be it; no point in dwelling on what might have been, on what had been so cruelly taken. To think of it in any terms that brought to mind that lost companion of his boyhood was to welcome grief back into his heart, as much a self-disservice as it would be to stick the blade of his knife into his own throat.

This was his life now: the roaming vagrancy of the lone hunter, no company but his horse and his hawk, combing the countryside for work that would put food in his belly even as it salvaged some small scrap of comfort, slaking the merest edge of his thirst for vengeance.

For vengeance was what drove Dean now, in this new life of hand to mouth existence, a hired blade, scourge of the monsters that lurked in the forest depths and preyed on the ragged outskirts of civilisation. Vengeance, not upon the creatures he hunted, but upon the one who had taken his brother; taken Sammy, and left him with this sword-swift, razor-winged beast as loyal and dumb as his horse.

Whether it would deliver back his brother or forever seal the curse, Dean neither knew nor cared; revenge was the bright thread of his days, pulling him on like a lodestone, the only emotion left to stir his battered heart. There was a special arrow in his quiver, fletched with the hawk’s feathers and marked with the name of its intended quarry, and that name he did not refuse to utter, savouring the rasping syllables as they rolled upon his tongue like the ripe flesh being gobbled up into the hawk’s eager beak.