Draco thinks back on his relationship with Harry and how they came to be the way they are. 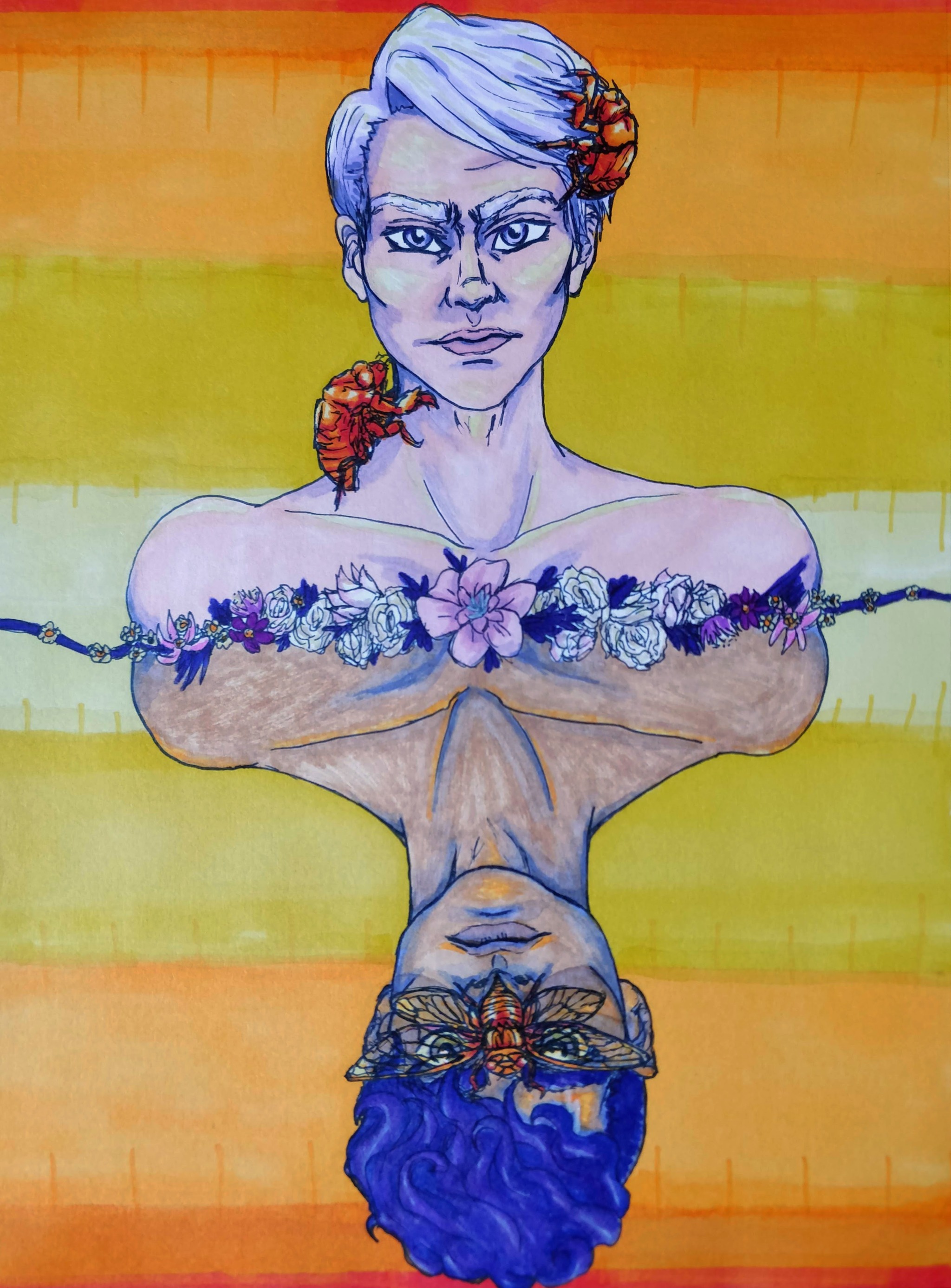 Draco in the dead of summer
throws dozy legs over his favorite bough
and curls content against the sun-warmed oak.

He sighs and waits—for Harry, his unrepentant
wanderer who fights a perennial war with punctuality—
but the heat lulls him from his mischief, plans falling to

deep thoughts and morbidity, the way these things always go.
What does it mean, he thinks, for a Death-bringer to die?
Cicadas scream sharp and perpetual under hot yellow skies,

valkyries to unsuspecting populations. What does it mean
to live buried in the dark for seventeen long years, emerging
as an adult only to rattle out your fear—of dying; of such a swift,

inevitable end? Roots pinched, a candle hissing out.
Draco is done playing the Death-bringer.
He sheds the weighty shell of it like a coat

traded for summer tees, and the air feels electric
and relieving on his skin. Auror Harry, however,
still lives in that chaotic, liminal zone. He treads carefully

to the precipice of Death, then paces back unflinchingly.
His wand sings spells into the air like a cicada’s dire
warning—promising harm in calm, impersonal reassurance.

Draco does not envy Harry his job, but he acknowledges
their vital difference: how some songs are meant to fly,
while others tuck privately in the elbow of summer trees.

This was for the monthly drabble/drawble challenge on the Drarry discord, and I had a lot of fun with it! The restriction for the drawing was "only sunset colors," and the drabble had to be exactly 216 words.