Since the declassification of the Stargate Program, there have been several books published about its most unique mission: Atlantis. While On Gate Travel, by Dr Rodney KcKay, is by some considered the ultimate book on the Stargate Program (at over 600 pages it is certainly long enough) there is far more to Atlantis than could possibly be said in one book by one person. We would like to bring the following books to your attention.

I wanted to ask people on tumblr 'if your character wrote a memoir, what would its title be?' and before I knew it I was off and running. 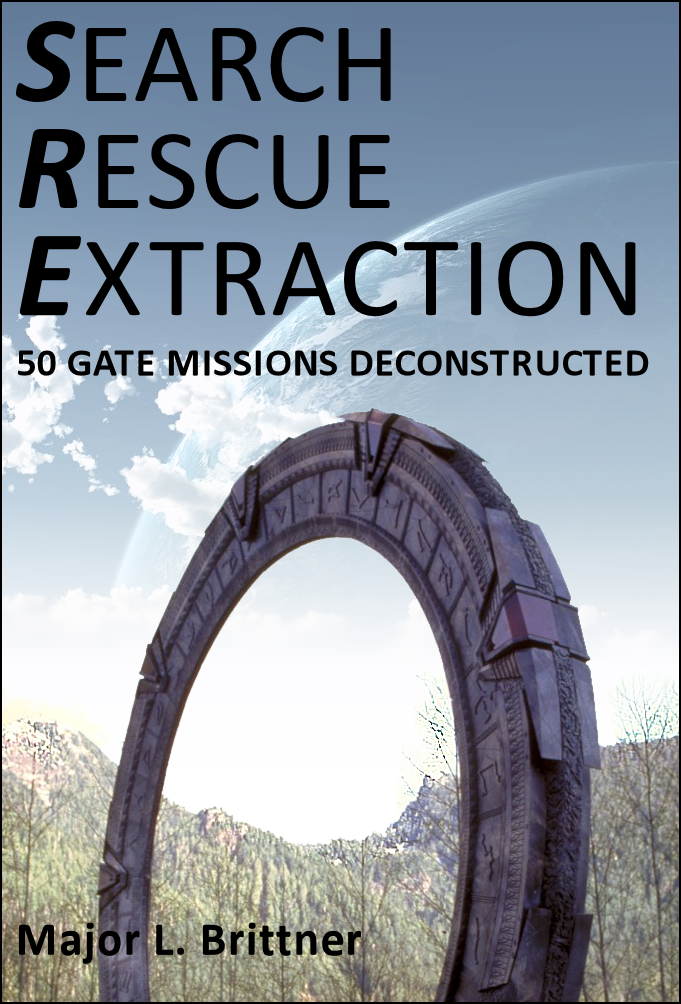 The most intimidating book on the list, this thick tome analyses 50 Search, Rescue & Extraction missions executed by Atlantis Recon 4.

Written during a period of medical leave, S.R.E. was originally a document intended for the training of current and future Stargate mission personnel. When the Stargate Program and the Atlantis Expedition were declassified, it was given a more extensive glossary, poured into book form and published, but it makes no pretense at entertainment.

For those willing to tackle its dry going, there is much to be learned about the military’s formerly most secret expedition. Brittner methodically deconstructs SRE missions executed under her command; information acquisition, planning, strategy and execution of the rescue, after-action report including injuries and casualties, and a far-hindsight evaluation written at the time of compilation. She details soberly what went right, what went wrong, and which lessons can be learned from each mission. We have no doubt that some details were redacted, but it is still an impressively frank document.

For the military personnel it was originally intended for – the foreword details it is still required reading to be qualified for off-world missions – this is a book to help prepare for the perils of stepping through the Stargate. For civilians such as us, it is mostly a highly detailed, sobering testament to the literally unimaginable danger faced by the people who travel among the stars.

Our regret about S.R.E. is about what it didn’t contain. We wish Major Brittner had spent a few more words on the personal side of her role in the missions. As the only female Combat Rescue Officer in the US military – her position was long contested, and for years technically not legal on Earth. It is said that her position, and those of a handful of other female expedition members, were a factor both in the slow declassification of the Atlantis expedition, and the opening of combat positions to women on Earth. We would be most interested in an account of the blazing of that particular trail.