2011: Seven years after the events of Highland Fling, things are going well for Remus and Sirius.

Hover over Scottish words for translation.

"I'm verra sorry," the proprietor of the jewelers shop told the young couple leaning over the counter, "but we'll be closing in just a wee while. Why do you no sleep on it, and come back later this week, aye? Once you've made up your minds which set you like best. You can find both styles on our website."

The two men looked mildly disappointed, but since they seemed no closer to reaching a final decision than they were when they entered the shop almost an hour before, the shopkeeper felt no compunction about sending them on their way. They would be back. It was their third such visit this month.

The couple departed, and the proprietor stepped out onto the street for a moment to take in a little of the warm evening air and enjoy the pleasant day's-end bustle of Princes Street. It had been a good day. Customers to the shop had been few, but these days, Wolf Stone Jewelers did most of its business online. Everything except for the selection of the stones, which was the shopkeeper's area of expertise, and the design of the jewelry itself, which was all done in-house by the shop's master jeweler. Their Celtic and Pictish designs had proved wildly popular, and they were known throughout Scotland for their speciality: engagement and wedding rings for same-sex couples.

Stepping back inside, the shopkeeper locked the doors behind him and rung down the security gates over the windows. He checked the receipts and internet orders for the day, filing the paperwork away neatly, and giving the display cases a final polish. Before setting the alarm system, he ducked into the jeweler's workroom at the back of the shop. The jeweler was still bent over his work table, as he had been for hours, oblivious to anything beyond his art.

"Sirius? Will you be finished soon? It's past time we were off home."

The jeweler looked up, stretching his stiff neck from side to side, and grinning. "I'm just finishing something up, love. Come and tell me what you think?"

Curious to see the latest design, Remus leaned over the work counter. Sirius stood and stepped behind him, out of the light, placing the gleaming golden circlet gently in Remus's outstretched palm. He wrapped his arms around Remus's waist, resting his chin on his shoulder as Remus held the ring up to the light for a better look.

It was a wide, gold band with a perfect miniature of the Ardross Wolf etched into the smooth surface, tiny diamonds adding glitter to the eye and the center of each curling flourish.

"It's verra bonnie," said Remus softly. "This is some o' your best work."

"I was thinking of it as an engagement ring, maybe," Sirius suggested. "Do you think someone might want it for that?"

Remus nodded, eyes still fixed on the ring. "Aye, anyone could see it's something special."

He felt Sirius's chest expand against his back as he took a deep breath. "What if I gave it to you?"

"I love you, Remus." Sirius pressed a kiss against the back of his neck. "I want to spend the rest of my life with you. Will you marry me?"

Remus's eyes squeezed shut and his fingers curled convulsively around the ring. He pressed them to his mouth, unable to speak.

He could hear the sudden note of worry in Sirius's voice, and he turned in his arms, embracing the other man tightly, face pressed to his shoulder to hide the sudden and unexpected tears.

Sirius released the breath he had been holding. "Oh, good. James and Lily both said you'd say yes. It would have been a little awkward if you hadn't. They're throwing a 'congratulations on your engagement' dinner for us tonight. Let's finish closing up and go tell them the good news, shall we?"

Remus laughed, wiping his eyes. "What have I done to deserve such a ridiculous boyfriend?"

"That's ridiculous fiancé now," Sirius corrected, taking his hand and sliding the ring over a thick, red knuckle to rest at the base of his finger. It fit perfectly. "You know you love me." 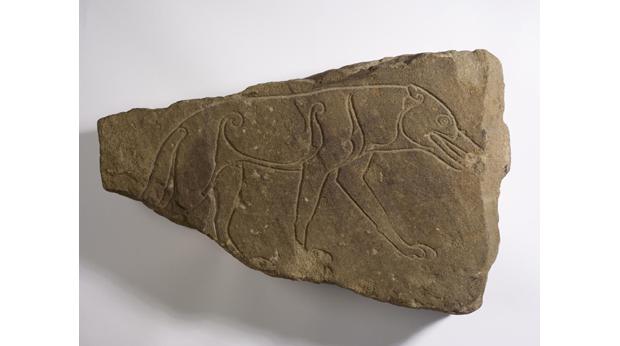