I decided to go with a lot of angst for your fics, as per your request. Fiamma is mentioned in this, but the focus is Miss G, so I hope you enjoy. 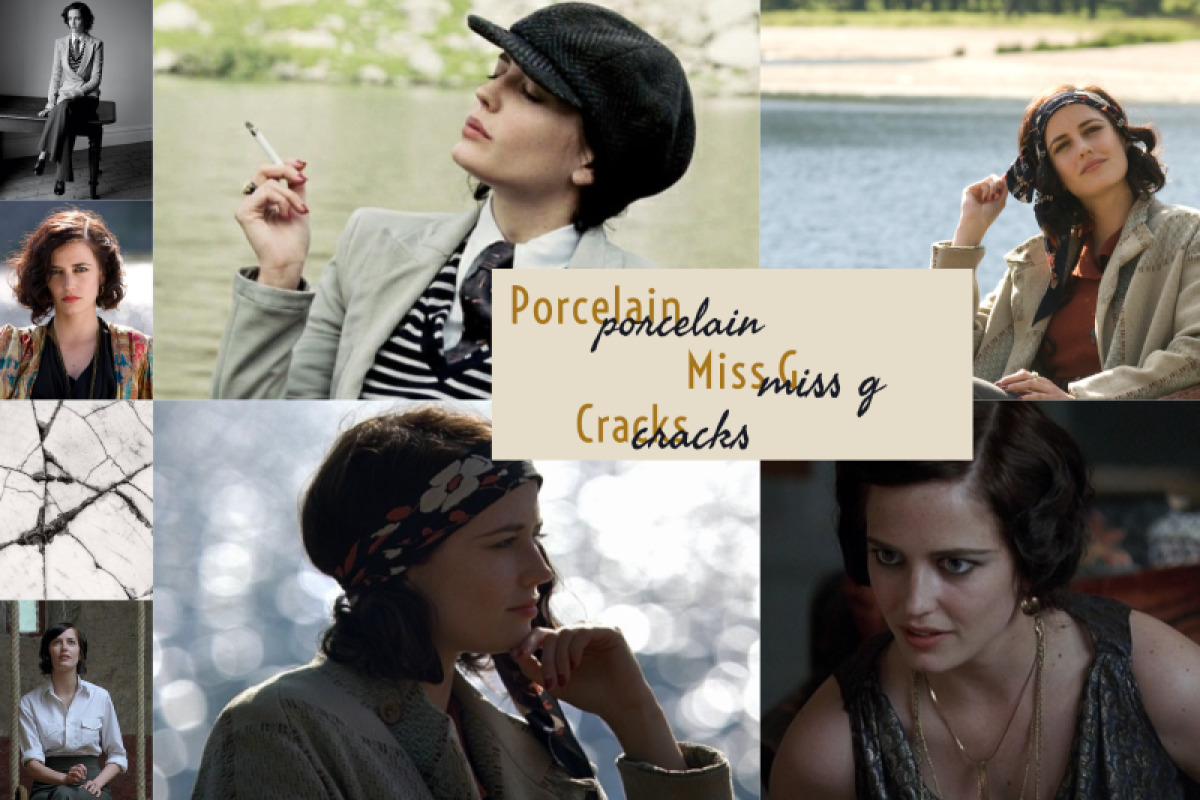 She was a chubby, grabby girl; needy and greedy for everything, never full.

And then – when she had gotten used to the acceptance she felt in his presence, eagerly awaiting the next time she could see him, counting down the days until he’d visit his uncle again and come seek her out in the gardens, sit on the swing set with her, talk to her like she was an adult, like she was special – he gave her a porcelain doll. A beautiful, delicate thing.

She should have known then. People never gave her things unless they wanted something in return. For her to be quiet, to leave them alone, to do as she was told. Gratitude was never enough to repay them.

His touch was lighter than her father’s, and his words had none of the censure of her mother’s, and for a beautiful, sprawling moment, he had her fooled, had her believe that he was interested in what she had to say, that he could see the emptiness inside of her and meant to fill it with good things, give her a beautiful doll to remember him by when he couldn’t provide comfort in person.

She was so eager for his attention, his approval, she didn’t so much as suspect the wolf that hid under his warm embrace, inside the whisper of his lips on her hair, beneath the soothing sound of his voice.

When he did what he did – what he, she was sure of it now, had always meant to do –, she had nowhere to go, no-one to go to, but she endured.

She had always been an avid reader, had filled herself up to the brim with stories, and all those tales turned out to serve her well. She imagined him as a spy or a general and herself as Mata Hari. Imagined herself as seductress and him as her prey.

For a while, it worked. Until it didn’t.

At first her parents approved of her changed demeanor, the disappearance of undue exuberance, the melting away of chubby cheeks that had always spoken to her lack of restraint, but when they could no longer ignore the cuts on her skin or the way she kept pulling out the hairs at the nape of her neck, when the cracks in her voice widened into chasms she could no longer fill with words that made sense, their newfound approval turned into a different kind of shame.

They send her away to St. Mathilda’s, where teachers would educate and discipline her. Where she wasn’t an embarrassment. Where they would form her and mold her and reshape her into the likeness of a lady.

Later, much later, she realized the error in her first strategy, the one thing she had gotten wrong: it wasn’t the stories that were the problem, it was her approach to them. She had only played out the tales in her head, but she hadn’t fully committed to them, hadn’t made them real. She herself hadn’t changed, hadn’t become a spy or seductress or vamp.

So she refashioned herself after the beautiful, exquisite doll he had once given her. Dying her hair black, using her allowance for bleaching tonics and expensive lipstick from France.

White as snow, red as blood, black as ebony.

She made the stories from all those books her own, altered them just enough to create the picture of sophistication and audacity she wanted to be so desperately. She lied to her parents about additional expenses and bought wonderful, extravagant clothes. She turned her face into a canvas, and when she returned to St. Mathilda’s as a teacher, she projected the most fabulous, adventurous movies onto it for her girls.

Those girls who admired her, who hung on her every word, whose belief, whose faith in her and her stories turned them into history, into reality, whose shining eyes assured her she had finally become a beautiful, porcelain-skinned object of adoration.

And then, there’s Fiamma, who looks more like her own doll than she ever will. Whose stories don’t have to be made real because they are. Whose talent and beauty and self-assuredness unearth her own primal hungers, her insufficiencies.

She wants, wants, wants, with the greed and excess of a neglected child. Wants to be Fiamma’s mentor or her equal or her friend. But Fiamma sees right through to her pitiful, fearful heart, to her unworthiness.

The more she tries to impress, persuade, and seduce, the more Fiamma resists. Forcefully, viciously. In ways she herself never did. In ways that threaten to expose her, make her girls question her. And that just won’t do.

So she takes matters into her own hands. Makes Fiamma hers when she’s vulnerable, pliable, and when that doesn’t work, she makes her go away.

Forges her girls into weapons to smash that delicate, strong, ruthless thing.

Maybe, just maybe, she thinks, taking the doll out of the satin box it has lived in for so long, smashing this effigy can make her whole again.

Both hands cling to the doll, squeezing its unyielding, cold body beneath its velveteen dress. Arms are raised high above her head.

A body hits the ground and shatters. It might be her own.