Bakugou has the strong suspicion Deku is trying to seduce him. Tension continues to build until, during a party, Bakugou... explodes.

♥ Thanks as always to my Deary who corrected and translated the text and to the very wonderful kitaclysmic who helped us with the correction of the English text. Kit, wherever you are, I'm sorry for what happened to you. I'd be happy to hear from you someday.

♠ Thanks from the bottom of my heart to Zel, who was so wonderful to undertake this crazy task with me, creating the illustrations that you will find by reading the one shot.

♣ As I wrote in the tag, I think this fic is the farthest thing from the truth universe of My Hero Academia that can be found, I'm also a bit 'behind in reading the manga and generally abhor spoilers unless are required, so read it safely.

Throughout his life, Bakugou had been forced many times to admit to his mistakes. The first few times he'd been hurtful, it was almost a personal affront that he’d been forced to swallow by bowing his head and promising himself that he would improve as a person and as a hero so as not to commit any new ones.
But at that moment, at that precise moment, Bakugou knew that he was not mistaken, that there was no mistake to reproach, there was only a firm feeling of awareness running through his veins.
He was not wrong: Deku was hitting on him.
It all started a few weeks earlier when, by a fortuitous and strange joke of fate, they found themselves collaborating during a particularly complicated rescue mission.
After graduating from the U.A. each of them had gradually taken different paths, following their own vocations and dreams.
Every now and then he happened to meet his former classmates at various agency meetings, though short and sporadic, or simply around the streets of the city. He knew thanks to Kirishima's insistence that many of them still kept in touch, organizing dinners or outings to which he was initially invited through his friend and promptly refused. After a while, Kirishima himself had simply stopped asking him out. He was fine with it.
Then, the day of that damn joint mission arrived and things slowly begun to fall.
When he saw Deku enter his agency's premises he barely recognized him.
A couple of years had passed since they graduated and since then, he couldn't help but sit still and contemplate him for as long as it took the other person to get closer.
Deku had become big. Here was no other way to describe him. He was no longer the weak child who trotted behind him when they were children, nor the fragile boy who could not control his quirk without breaking a few bones. He had grown up both in height and in size and, as a grown up, became a mountain. Bakugou could see every muscle moving, stretching and flexing under his classic hero outfit, which hasn’t much changed over the years.
«Kacchan!»
Deku's cheerful and barely hoarse voice snatched him from the contemplation of that marble body, lifting his gaze to meet the big, smiling eyes of the other. He was in a hurry to take the last steps that divided them, clearly eager to reach him. 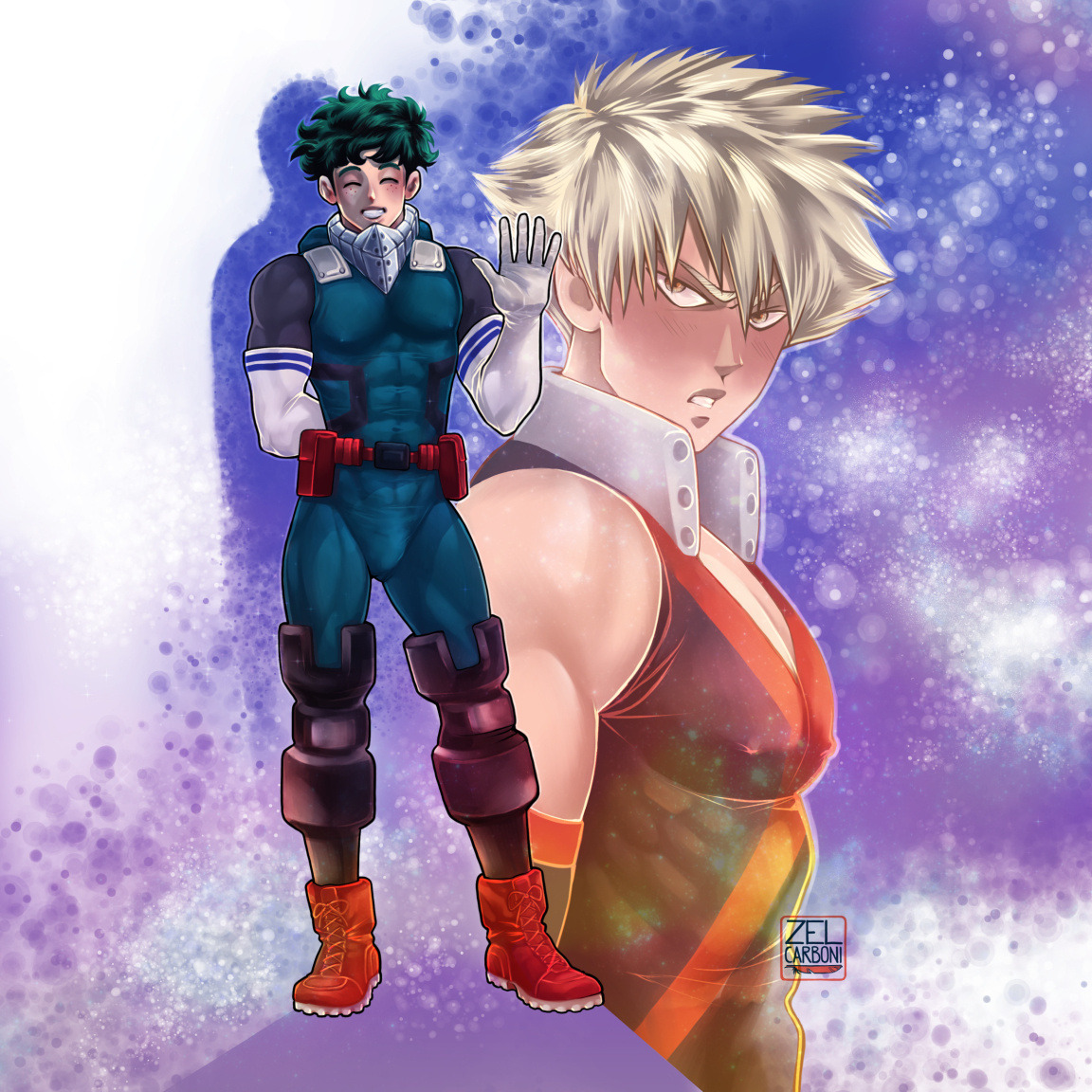 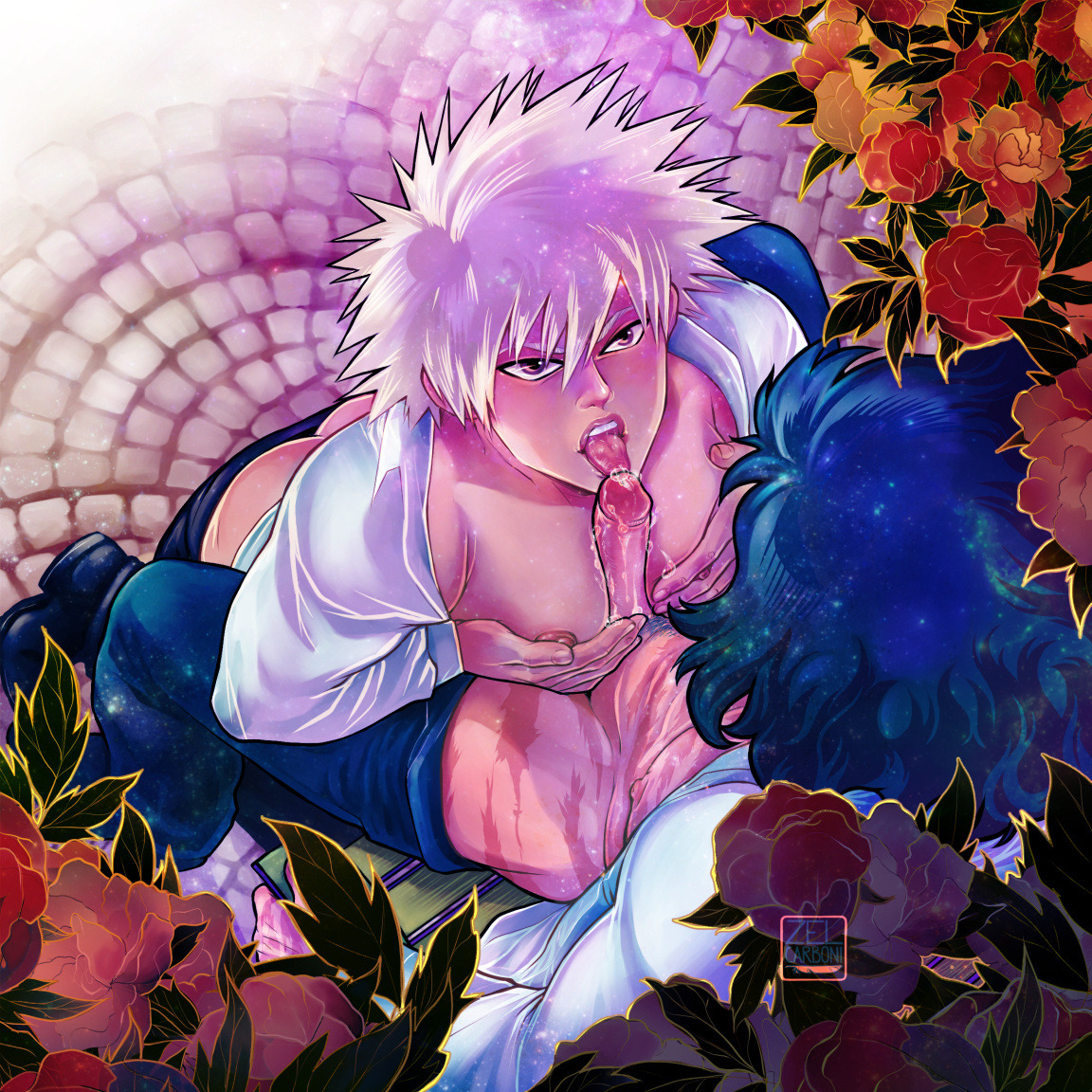 Izuku lulled Kacchan's sleeping body for a few more minutes before the cell-phone in his jacket pocket buzzed. He stretched out his hand, careful not to wake Kacchan as he read Shoto's message.
How did it go?
He smiled cunningly, taking a quick look at the neck of the boy who was resting quietly on his chest.
Perfectly.
Several seconds later, a new message arrived.
But did he he figure out the truth?
Izuku grinned.
Almost, but I managed to dissuade him.
The friend's answer didn't take long to come.
You're wicked.
Izuku locked the phone and put it back in his pocket. Beaming, he clutched Kacchan closer to himself.
It took him so long to get to this point, to make Bakugou understand what his real feelings were. But now at least no one could possibly take him away.

I really hope you liked this fic of mine, if you are interested, there is a second one shot that I published almost a year ago to promote the project for which I had originally written "Suspects".
By now, the project has been over for some time and therefore, together with my beloved Zel, we decided it was time to publish "Suspects" as well. The two stories can also be read individually, the other is a sort of sequel "some time after" these events.