Cent Dix Pour Cent gets a pic of jacks at the QC pride parade and shenanigans ensue. Five years post Until The Whistle. 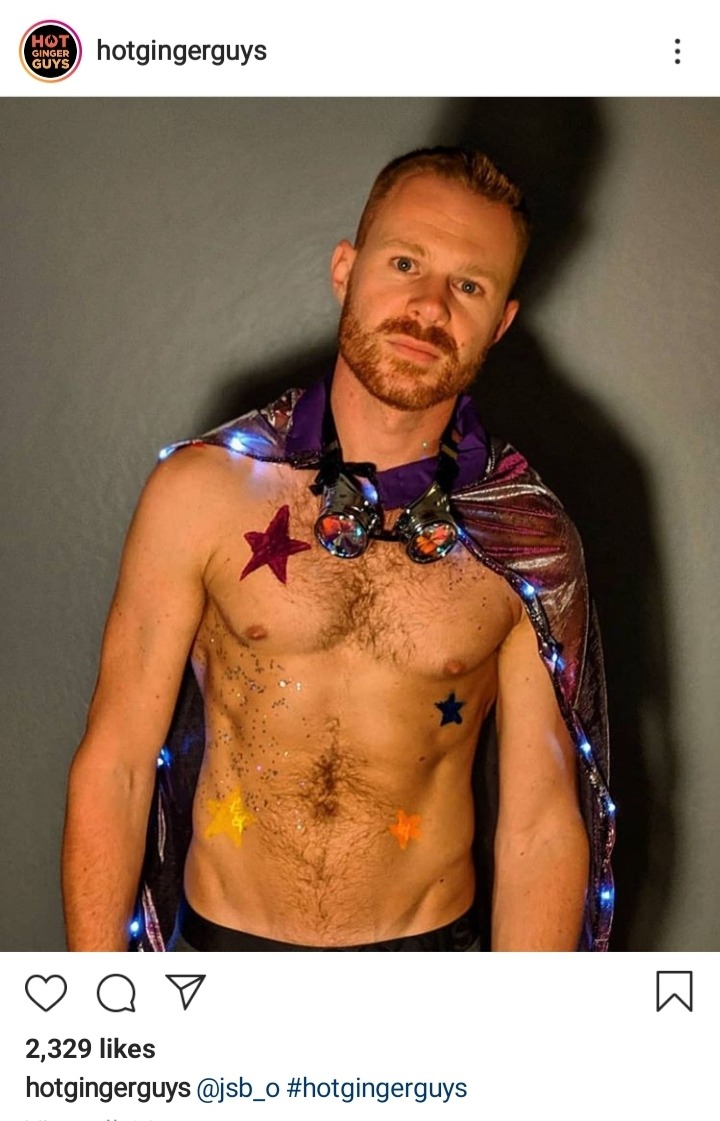 Yesterday, Oliver Jackson (#42, C, Nordiques) was spotted at Quebec City's small but mighty pride parade, decked out in full regalia to support the LGBTQ+ community, including glitter, stickers, a cape, and eyeliner.

Where was his husband, Nordiques winger Luc Chantal?

Jackson was with famously gay football star Devandre Keita (32, click here to read about his infamous refusal to sign with the Redskins because of their name) and his husband, Elijah Keita (38), a nanotechnology researcher at Yale. Also present was writer Honoré Leblanc, who identified himself as Jackson's high school boyfriend and mentioned he flew in from New York City for the event.

But where was Luc Chantal? He was not there while his husband was dancing with other men or waving a rainbow-striped Nordiques flag. The Nordiques didn't make the playoffs this year, some say specifically because Chantal was injured with a mysterious lower body injury, and they also didn't have a float or any team members walking in the parade this year for the first time since Jackson and Chantal came out so publicly under the Stanley Cup five years ago.

More importantly, what does this mean for the fact that Jackson has stated more than once that he's gay -- while Chantal often corrects people to make sure they know he's bisexual.

We have so many questions about what's going on, but we won't get any answers since the Chantal-Jackson household fled to New Brunswick early this morning -- perhaps for couples counseling in Jackson's native English? Only time will tell.

5:06 pm: edited to correct the name of Devandre Keita

5:00 pm
Name: Luc Chantal
Email: chantalpr@teixeira.com
Comment: what the fuck is this post? I was on the phone with Ghislaine last night about my MCL surgery and the playoffs. What the fuck is happening here? Ghislaine: call me or Ava immediately.

5:05 pm
Name: tabarnak d'ignorance
Email: fuck@you.com
Comment: Elijah works in a nanotechnology lab studying microchips that can control cytokine storms at Yale, fuck all the way off for implying he's some kind of sex slave

5:10 pm
Name: are you kidding
Email: cafecafe@cafe.com
Comment: honoré is A WRITER with A FELLOWSHIP and the word twink doesn't even apply, he's practically as tall as jacks….

5:14 pm
Name: women athletes are a real thing
Email: jeff@mavericks.com lol
Comment: Crash had won two gold medals for the USA Olympics surfing team and was the first woman ever to surf Mavericks. I will list her whole fucking resume.

"Chants, Ghislaine from CDPC called and left a message?" Jacks crawls into bed with Luc and Mako, careful not to jostle either of them. Luc's new MCL is…. not ready for jostling, and Mako is…. well, it's hard.

"I left her some messages on the blog," Luc says sleepily, the good drugs doing their work. "They posted a picture of you."

"What picture exactly?" asks Jacks."Because in her voicemail she says she fired a writer and left me a pretty effusive apology."

"I don't wanna talk about it," whines Luc. He tries to turn closer to Jacks and gasps in pain.

"Shh, shh," Jacks says, and carefully fits himself around Luc. "I'm here, Chants, I got you. Did you finish the gummies? They'll kick in soon. You can get there."

"Everyone is tucked up tight for the night, Papa." Jacks kisses his neck gently. "Let me tell you a story to distract you."

"Nothing in space," promises Jacks. "So, a long time ago, in a hole in the ground, there lived a hobbit…"

My laptop is broken and it turns out you can't tag shit on ao3 in Mobile, which is fucking bullshit. I totally forgot what I was going to put there because I'm distracted by not being able to tag. This timeline is pretty canon compliant. I woke up at five am and this just happened. This is the first fic I've ever written on my phone. Thanks as ever to the hot ginger guys insta and mother fucking badass Superstar Kat.