I have edited out a dead link to one of my recs, so there are only nine fics here instead of ten.

Manifesto has spoilers for the entire series. 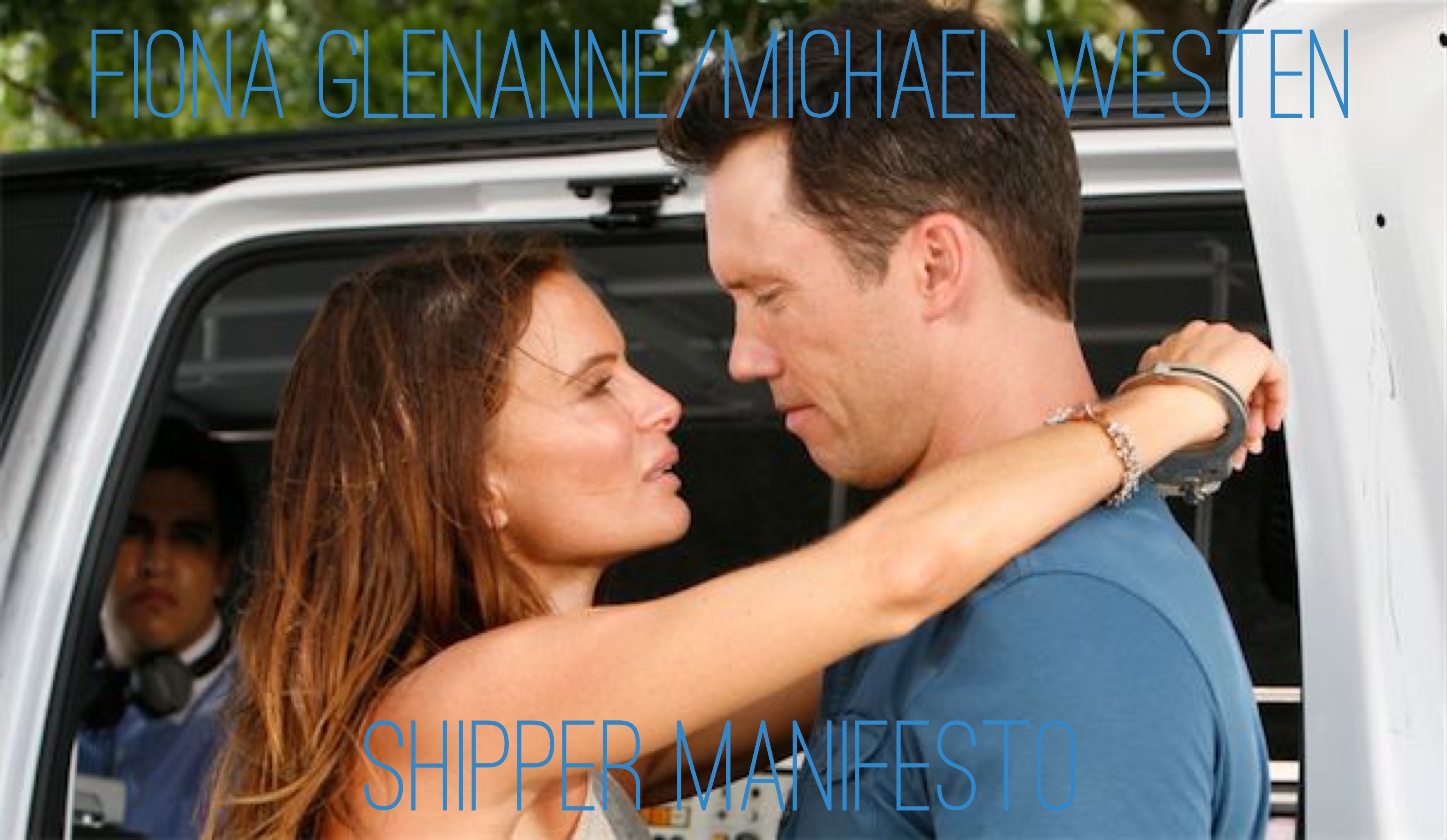 Burn Notice was an American television show that aired in the US between 2007-13. The show deals with a spy, Michael Westen, trying to get back into the CIA, while helping out people who couldn't go to the police to fix their problems along the way to make a living. Michael puts together a team that helps him with things he needs help with. The team includes Sam Axe, retired Navy SEAL Commander, and later, Jesse Porter, burned (by Michael!) counterintelligence agent. And sometimes Michael's mother, Madeline, helps him out. And, of course, there's Michael's explosives expert and on-again, off-again girlfriend, Fiona Glenanne. (Also, she's a gun-crazy weapons dealer, which is convienent if you need guns. And she even takes on bounty hunting jobs, too! She's kind of like a jack of all trades.)

For most of Michael's life, all he knows is discomfort and pain. He grows up in an abusive household in Miami, forced to do things for the father who would beat him. He takes the first chance he can to escape his situation by joining the Army. After becoming a Ranger and then joining the CIA, Michael feels like he's found something he loves: being a field agent.

That is, until he meets Fiona while working undercover in Ireland. At the time, she was a volunteer for the Irish Republican Army. While tricking her into being his asset, they both learned they have a few things in common, like guns and making things explode. The two get along well until Michael's forced to leave Ireland because his cover's blown. He thinks he'll never see Fiona again.

Years later, Michael is burned, forced to return and stay in Miami. Fiona, who has already left the IRA and is in the States hiding out from enemies of hers, flies to Miami; she was listed as his emergency contact while the two were in Ireland. But she's not only there to help Michael out. She wants to rekindle their relationship.

Fiona stays in Miami to help Michael out in figuring who burned him, and later to stop the people who burned him from doing more damage. Michael tries to keep his distance from Fiona. He knows his line of work causes problems in their relationship, and he would prefer not to hurt her. But he cares too much for Fiona to keep his distance from her from too long. Several times during the show's run, he saves Fiona from certain death, like the time he kept her from drowning while escaping a man who wanted her auctioned off into slavery (it's a long story) or the time she almost died from smoke inhalation (it's another long story). Oh, and they have sex. A lot.

Fiona keeps trying to rekindle their relationship. When she feels she's unsuccessful, she attempts to move on, dating other men. She feels dating others, at times, may be better than waiting forever for an absentee boyfriend like Michael. But she feels obligated to help Michael and their collective friends out whenever they're in need. Her loyalty to Michael and her friends cause her boyfriends to spurn her.

In the end, Fiona realizes she cares too much about Michael to give up on him. And Michael realizes that, if he had to choose between working for the CIA or being with Fiona, he'd rather choose Fiona. In the show's finale, they decide that faking their deaths is the only way the two can evade their collective enemies and have the peaceful afternoons they dreamed about between jobs in Miami.

Why these two? I started watching Burn Notice when I noticed there was a new show with Bruce Campbell in it in 2007. Over time, I got sucked into the show and its complicated storylines, for better and for worse. (Myself, I'm not a fan of a lot of the writing in season 7. I thought a lot of new characters that were added to that season could have be cut out the show because they didn't add a lot of tension to the plot.) Fiona and Michael's relationship combined a lot of elements I like in a story: action, danger, a touch of sociopathy, and romance. And, at the heart of it all, there's a conflict between a man torn between a loveless job and someone that loves him, but couldn't provide him job stability. I lapped all those things up while the show was running.

The Burn Notice fandom is not nearly as active as it was years ago, but there are plenty of fics in the fandom to read, including some of the recs here. These fics are some of my personal favorites; I hope others enjoy these recs the same way I do.

On to the recs!

Why This Must Be Read: It seems like Michael has forgotten Fiona's birthday in this fic, but she's in for a surprise. This fic does a great job visualizing what qualifies as a fluffy moment between Michael and Fiona in their world.

Why This Must Be Read: I can see this short scene where Michael and Fiona discuss their relationship fitting in with a quieter, less hectic moment in canon.

Why This Must Be Read: This piece effectively conveys the tension in Michael and Fiona's relationship while Michael is still looking for who burned him, despite not actually being tethered to any point in the canon.

Why This Must Be Read: Okay, okay, this is a gift evil_little_dog wrote for me for a winter_deaddrop ficathon (where evil_little_dog was the only other participant). But this is Michael and Fiona, along with the rest of the team, dealing with a Christmas together. It's an adorable short fic.

Why This Must Be Read: Michael has fears about Fiona dying from an accident, so he calls her over for breakfast to talk. Michael's concern for Fiona is on full display in this fic. Also: this fic eerily preceded a similar scene in season 5, where Michael wakes up from a nightmare and is about to defend himself from an attacker with a gun. And in that scene from canon, Fiona's there to ease his fears. (Well, they were living together at the time, so there was that.)

Why This Must Be Read: Lots of authors offered their take on how Michael and Fiona met before the canon actually filmed scenes of Michael and Fiona meeting in Dublin in season 7. This is one of my favorite takes. find_rightbrain's take on Michael is witty and snappy, and you can sense that he's trying not to fall in love with Fiona, but he is. Alas, this WIP was abandoned in 2007 and was never picked up since. It's a shame. This fic had the potential to be even better than it is.

Why This Must Be Read: Michael had an ex-fiance, Samantha. She only appeared in one second season episode and was never mentioned after that, even as the show retconned how Michael and Fiona first met during its last two seasons. In this fic, Max does an awesome job of showing the exact moment Michael knew he couldnt marry Samantha because he was in love with Fiona.

Why This Must Be Read: Hot PWP where Fiona shows Michael what she does when she needs to release some tension.

Why This Must Be Read: Three scenes set before the start of the series that show Fiona's effect on Michael. Despite the misspelling of Michael's cover ID here (it's Michael McBride, not Michael MacBride), it's a delightful short fic.

Why This Must Be Read: This is a short, cracky take on what could've happened if Michael and Fiona actually did get married. This fic brings a smile to my face.