With the support of the community, we've raised US$264,918.85 this drive. Thank you so much! (We accept donations year round, so if you haven't donated yet, there's still time to add your support!)

Prompt: “Hey, you remember that thing you liked at the store the other day? I happened to grab it while I was there this time.” 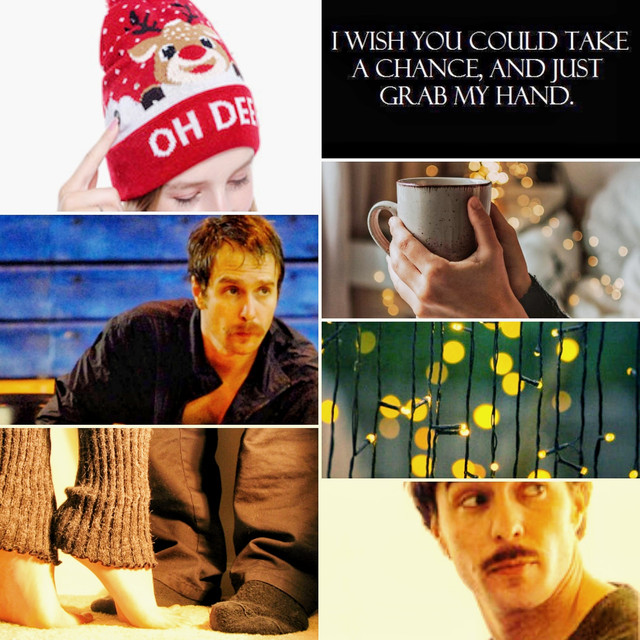 You finished work late today, even though it was Friday. Mostly because you hated to check your students’ homeworks at home. Home is for rest and for good time, not for work - it was your rule. You didn’t have to check the whole pile tonight, but you decided to do as much as possible, so that you could dedicate your weekend to Christmas preparations. End of the year is always such a busy time. You still had a few presents to buy for your friends and family, send a couple of postcards, dress a Christmas tree…

You closed the last exercise book with a feeling of a duty fulfilled. It was already quite dark outside as you were leaving school. You drove to the city center and decided to walk a little. You loved all these lights and Christmas decorations on the streets, it always gave you warm and cheerful mood. After dropping into a supermarket to buy some food, you finally headed home.

A strange dark figure on your porch startled you a little, but as you came closer you were surprised to discover it was your colleague.

Coach Bill lifted his eyes at you and made an attempt of a helpless smile.

Next to the coach you noticed a paper bag with a bottle of wine. It was almost empty.

- Have you been drinking? - You asked, as if it wasn’t obvious.

- Uh… a little… I wanted to share it with you actually, - Bill pointed at the bottle, - but you weren’t there…

You always had some kind of sympathy for Bill and considered him your friend. Actually… Sometimes you thought you liked him even a bit more than just a friend. At least if he asked you out someday you would most certainly agree. But he didn’t make any steps or advances, and you didn’t want to rush things up and look stupid in case he didn’t feel the same about you. But yes, he was a nice guy, really. Nicer than he wanted to seem. Grumpy, sometimes even rude on the outside, he actually had a kind and caring heart. At this moment he looked so miserable that you started to seriously worry about him. What the hell happened?

- Wait, - you stepped closer, reaching his shoulder to stop him. - Do you seriously think I let you go right now? In this condition? No way. You’re coming with me.

Thankfully, Bill wasn’t dead-drunk, and he managed to follow you upstairs to your apartment without any difficulties. In a few minutes he was sitting on the couch in your living room, looking a bit lost and awkward, but pretty much conscious.

- Now tell me, what happened? - You demanded, handing him a mug of tea.

- Bill, you’re obviously not okay, I can see that. You came here because you needed a friend, right?

- I guess… - He mumbled diffidently.

- Than tell me, and you’ll feel better. Hey, I’m here for you, - you gave him a soft encouraging smile and reached out to touch his hand.

- Okay, well… So… Today I had to meet with Molly. It’s my day, you know. But when I came over to pick her up, turned out she didn’t want to go with me, because she had some plans with her boyfriend… I mean… BOYFRIEND! I didn’t even know she has one! - Bill sighed, ruffling his hair. - They wanted to sneak out before I arrive, but I came a bit earlier. So… Her mother… my ex-wife… she started to explain the situation to me, but I… I kinda went off the handle. We had a fight… Then I went to a bar, had a couple of shots… I felt pretty shitty and lonely… And suddenly I thought of you. And… here I am.

- I see… But… Why exactly you flew off the handle? - You frowned. - Because your daughter ditched you?.. But you know the teenagers, right? You know, first feelings, first attractions… Remember yourself at this age - all this is so new… Of course she wants to spend time with him, not with her parents…

- Okay, okay, fine… Maybe not too young… But… What if he hurt her? What if something happen? She’s still a kid, you know! And this guy… I don’t like him…

- You saw him just once and you already don’t like him?.. Bill… - You smiled soothingly. - Look, it’s okay to worry about your children and to protect them. But children grow up and sometimes you just have to accept it…

- You’re right. But… She’s growing up without me, you know what I mean? I think she’s still playing with dolls and watches cartoons, and she’s already interested in cosmetics more than in toys. I buy her a CD of her favorite band, but she says this band sucks, she doesn’t like it anymore, now she like the new one. Whatever happens in her life, I’m the last person to know about it. It’s… not fair!.. She’s been dating this guy for quite while already. Her mother knew about that. Her step dad knew about that. Apparently everyone knew about that, but no one told me! As if I’m just a stranger…

Bill let out a deep sigh again and took a sip from the mug, catching his breath and visibly trying to calm down.

- I mean… I really wish I could be a good father, but I just don’t know how to make it work. She hates me now, I guess.

- I’m pretty sure she doesn’t hate you… She’s just a teenager, that’s all, - you shrugged. - Bill, I know you love Molly a lot and care for her. And I’m sure she knows that too! Maybe she’d tell you about the boyfriend eventually… People need time sometimes. Maybe she just worried about your reaction…

- I think you just need to apologize for this… overreaction. And then just talk to her calmly, you know. Just tell her how you feel. That you worry about her and that she grows up too fast… She’ll understand, I promise. If not now, eventually she will. She’ll give you a chance to make it up to her. Because you deserve it.

Bill looked up at you again.

A soft smile touched the corners of his mouth. He didn’t seem that miserable any more.

- Thanks, y/n, - he said sincerely. - You’re the best, really. And… sorry once again for coming over like this, that’s quite… embarrassing…

- Told you I’m here for you, - you smiled. - I’m just a bit disappointed that you didn’t leave me any wine… But I’ll forgive you on one condition.

- You have to help me to dress the Christmas tree, - you grinned. - No, not right now, - you added at the sight of his scared face. - We can do that in the morning after you sleep and have a couple of painkillers.

- You should stay, I insist. I already said that and I’ll repeat again: you won’t go anywhere in such condition, sir.

- But I’m fine, I really am, - Bill got up and swiftly grabbed his coat from the armchair. Suddenly something fell out of the inside pocket. Something that looked quite familiar.

- Oh, that… - Bill suddenly blushed. - Uh… You remember that thing you liked at the store the other day? I happened to grab it while I was there this time…

Yes, that was it. A funny bright red bobble hat with a Christmas pattern and a reindeer. Of course you remembered it. You went to the store to get some decorations for the school Christmas party in the gym. Bill suggested his assistance. He was grumpy as usual, but it didn’t spoil your festive mood. You were determined to make him smile and finally you managed to do it in the section with ugly sweaters and funny hats. This reindeer hat you liked in particular and even thought of buying it, but then decided to be an adult for once.

Now it was here, in your hands.

- Wow, Bill, that’s… so cute that you remembered about it! - You said, smiling brightly at him, but then narrowed your eyes.

- Yeah, well… - Bill chuckled nervously. - Told you I was sad and lonely… And… I kinda have a bit of a crush on you for a while already, so… I’m not good at flirting and stuff, but two shots made me brave, yep. That was a… romantic surprise attempt, you know… A rather pathetic one, but…

He stopped at this because you suddenly made a step closer, tiptoed and kissed him on the cheek.

- It’s not pathetic at all, - you said quietly with a soft smile.

- Does it mean… I might have a chance… with you? - He asked hesitantly and you felt your heart shrinking.

- Well… I’m here, standing right in front of you. Consider it your chance. Will you take it?

Smirking into his ginger moustache he stepped even closer and reached your hand.

His fingertips brushed against your knuckles and you suddenly felt shivers at this simple and innocent touch. You realized your heart started beating faster in anticipation, but you didn’t want to ruin the magic of this moment. The moment you looked each other in the eye before he leaned in and kissed you. Moustache tickled your skin and his lips were sweet and tender. Who knew this grumpy guy could kiss like that? And why did you both have to wait for so long before it finally happened?.. Lost in the sensation, you parted your lips a bit more, inviting him to kiss you deeper. It felt so good that you could hardly stop, and after breaking the first kiss and catching a breath you immediately pulled him into another one.

- You’re really good at taking chances, I must say, - you whispered in between the kisses, and he smiled against your lips, wrapping his arms around your frame.

lyona5 left kudos on this work!