The focus group results are in, and the Prime Minister could really use some warm and fuzzy press. Charlotte Bainbridge asks her son for a favor.

"Too bad the questions he bombed on were about investing in Canada's youth, or whatever," Robbie says wistfully. "If it had been, Who would you rather have a beer with? we could have just taken the guy to a bar and gotten him on camera showing us a good time."
"This isn't like American politics, Lombardi," David snaps, and Robbie eyes him, a little remorseful. He hadn't thought patriotism was one of David's sore spots, honestly.
"Sure, but - you're gonna coach a weeklong hockey clinic for nine-year olds, man. That's, like, your agent punishing you for punching a fan, not your mom asking you for a favor."

For AsFarAsICouldSee, who requested social media/mixed media fic for the 2019 You Could Make a Life Holiday Exchange. I hope you like it!

Opinions are mixed on leader's electability, report finds, citing concerns about ability to connect to 'ordinary Canadians.' 10:24 AM - 12 June 2019

"It's hardly a condemnation of our policy," Charlotte says. Her tone is brisk, as usual, but she's spinning the stem of her wine glass between her fingers.
"Ok," David says. He heard about the report when it first broke, but he hasn't really been following it. Hasn't been following much of anything, since the abrupt end to the season, but even if he were watching the news, this probably wouldn't have caught his attention.
"Of course, policy doesn't matter as much, to the public. As perception."
David wants to wince -an old habit - at the sharpening in her voice, but he's better at telling, lately, when it's not directed at him. And he - understands, sort of. He hates that about the world, too, how you can work hard on the substance of a thing, can make the real part as good as it can be, but all anyone will care about is how it looks.
He's never realized, before, that this was a thing they had in common.
"Yeah," he says, like he would anyway, but he meets her eyes as he says it, tries to convey real agreement, somehow. She smiles at him, a little.
"Actually," she says, "I wondered if you could help."

"It's about giving kids a chance to be kids." Prime Minister, health and fitness groups collaborate on initiative for broader access to youth sports, with hints at special guests for subsidized clinics. "And maybe meet some hometown heroes, too." 12:20 PM - 15 June 2019

"Too bad the questions he bombed on were about investing in Canada's youth, or whatever," Robbie says wistfully. "If it had been, Who would you rather have a beer with? we could have just taken the guy to a bar and gotten him on camera showing us a good time."
"This isn't America, Lombardi," David snaps, and Robbie eyes him, a little remorseful. He hadn't thought patriotism was one of David's sore spots, honestly.
"Sure, but - you're gonna coach a weeklong hockey clinic for nine-year olds, man. That sounds like, uh, kind of a lot. For you."
"I have to make a phone call," David said abruptly, and shoved back from the table and out if his seat. He doesn't slam the door behind him, though, so either he's grown as a person or he's not really that bothered. Either way, Robbie doesn't think he really deserves the twin judgmental glares that get turned on him as soon as David is out of the room.
"He's helping his Mom, Robbie." Matty's glare doesn't really radiate judgment so much as, like, mournful reproach, but that's just the kind of face he has.
"Yeah, but isn't she kind of a b, though? I mean - ow!" Robbie pulls his knee up to the bench and rubs fruitlessly at his shin. The judgmental glare wasn't enough for Crane, obviously, not that Robbie's gonna let that keep him from, like, exercising his right to free speech. He barrels on: "I mean, he should just have to go shake hands or kiss babies with this guy, instead. Coaching a whole clinic is like - your agent punishing you for punching a fan, not your mom asking you for a favor."
"Leave it alone, Bardi," Crane says evenly, like he's some authoritative figure instead of a pointy-footed, speech-suppressing, fiend. Robbie scowls. Canadians.

David:Would you be free to talk, sometime today?


So, for a long time, Jake has had a theory about David and kids.
It's the tip of the iceberg, really. Over the last 10 years of their acquaintance, Jake has had theories about David and: his backcheck, his attitude about the Calder, his parents, his pre-game habits, his opinion of New York City, what he and Jake would be like on a line together, what they'd be like living in the same house together, his summer training regimen, the probability of his circumcision, and his theories about Jake. If he had any.
Jake hopes David has had some.
But while some of his speculations have been spectacularly disproven, he's never had much reason to re-assess his theory about kids. It has stayed, for years, a solid hypothesis: that they make David nervous. He can handle older teens (See Figure 1: Raf the rookie, who Jake respects and is glad for and who Jake knows it is dumb to be even occasionally jealous of) and he definitely likes babies (Figure 2: Max Volkov and the routine disintegration of Jake's heart whenever David carefully cradles him). But all the years in between?
David doesn't like to be surprised. David likes knowing what to expect from a situation before he goes into it. And that's hard to get out of nine-year olds. Even kids with shiningly healthy home lives are weird and unpredictable; Jake had been weird and unpredictable, at that age, and his parents were great.
David's parents were...Jake is just gonna go ahead and think it: they were not great.
Thankfully, Joe interrupts this line of thought, which always makes Jake an uncomfortable mix of guilty and mad, by leaning over and pulling Jake's hand away from his mouth. "Don't gnaw on your fingernails, man. You're in a locker room, you know how disgusting this place is? You're going to get flesh-eating bacteria."
Parey plops down beside them and says, "Uhh, what's this from a guy with the league's worst mouthguard hygiene?"
"That was before I saw this show." Joe's looking a little twitchy even as he says it. Jake guesses that it's nice to have someone else freaking out about something he can't control. Company. "Bacteria is everywhere."
"O-kayy," Parey says slowly. He turns away from Joe to look at Jake, instead. "You worried about new diseases too, Cap? Is this just my life now?"
"David's gonna coach a youth hockey week," Jake whispers, sucked into the weirdness of it again, staring into the hallway. "I don't think he even likes kids. It's like - have I ever even known him? Does he have a secret identity? That would be so hot, but. How do I live up to that?"
He feels more than sees Joe and Parey leaning forward, probably to look at each other across him. He lets it happen when they shove him off the bench.

Is #hometownheroes a naked ploy to curry diminishing public favor? Probably. Is it going to get training and gear and a structured community to kids who need it? Apparently. #I'llTakeThatDeal 4:20 PM - 15 June 2019 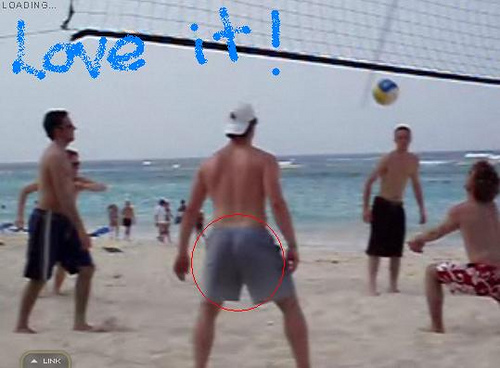 .@stickwitches ALSO, is it going to involve muscley hockey players leaning down and speaking earnestly to a pack of little kids? because #i'lltakeTHATdeal #shallow 4:30 PM - 15 June 2019

.@hereforthebutts out there asking the important questions, by god. I mean, they haven't specifically said there will be hockey, but. #hometownheroes #whatiftheygetchapman 4:35 PM - 15 June 2019 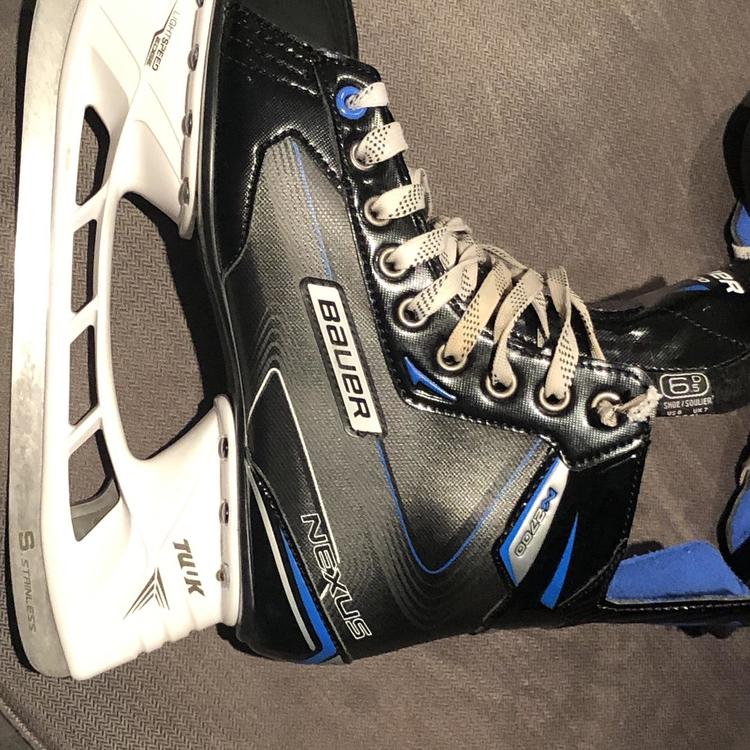 .@stickwitches @hereforthebutts Your an embarrassment to the sport and the country, and they'll never get Chapman. 8:07 PM - 15 June 2019

"It's not that big of a deal," David says, carefully lining the ends of the celery up so that he can chop all the stalks at once.
"Ok," says Kiro. "Small deal. Still, nice of you to do."
"It's just for a week," David adds. "Plus, uh, prep time, I guess."
"Prep time?" Em, back from putting the baby down and wearing the little half-smile that means it went ok, strolls into the kitchen and steals a piece of carrot, already chopped.
"Dave's assistant has done some youth coaching." David says. "Andreas. Dave said he could help me prepare. Know what to expect from the kids."
"For this small deal," Kiro adds, widening his eyes when he gets a stern look from Emily. David hasn't looked up from the cutting board. He's about to run out of vegetable, and Kiro thinks he can see his shoulders tighten as he gets closer to finishing.
"Cool. David, can you help me with something, after that celery?" Em asks, no sign of the sternness in her voice.
David sets down the knife immediately. "Of course," he says. "What is it?"
She leads him around the bar counter, then gestures to the armchair in the open-plan living room. He sits, looking a little bewildered. Em scoops Orange up from under the coffee table and plops her in David's lap. "Hold onto her, okay? I'm about to open the fish sauce and she'll make a pest of herself in the kitchen, otherwise."
"Oh," David says. Orange pushes up into his hands, starting to purr. David's shoulders relax even as he nods seriously to Emily, smiling up at her. "Ok. I'll keep her here."

Kiro:Does this even call for fish sauce?