I needed Christmas fluff and Gright Fluff. And so I made this.
Not much plot, focused only on Gright.

Wow. Someone's actually reading this very self-indulgent fic.
It completely ignores the s2 finale, because Dwight is not missing.

Some things to note: I am using this headcanon that Gretta is from an alternate world to avoid the issue of whether or not they know about Christmas.

"So this is… Christmas." Gretta looked around at the Christmas decorations they had just spent the morning putting up.

"And what have you done?" Baldric muttered, looking around at the decorations in a more skeptical manner.

Dwight looked up at the disgruntled mage. "We're just decorating, Baldric. To get into the holiday spirit."

"I still don't like it. And I don't think that we should let anyone be possessed by a spirit."

Dwight sighed. "Again, wrong kind of spirit. We are creating a festive atmosphere."

"It doesn't seem too bad, Baldric," Gretta said. "It's similar to our midwinter festival."

"Except that we don't have such delicious cookies." As if to prove his point, Baldric took a bite out of one that moment.

"No, we don't. And we go out into the forest instead of bringing it into our house."

"You just look for any excuse to go into the woods," Dwight groaned. "But the woods are dangerous, especially since you two came around."

Gretta pouted. "I'd argue with you but you have the unfortunate habit of being right."

"That's because I'm the only one who seems to have any sense around here."

Gretta ignored the comment and looked around at the decorations some more. Then her eyes caught on something. "Here's another of the decorations your Nana brought for us, Sir Dwight."

He looked over hand saw her holding up a mistletoe. "Oh, put that up above an entryway."

Gretta gave him a confused look. "Do you mean between two rooms?" Dwight nodded. "Would between the kitchen and living room work?"

She walked over, reached up, and then realized it wouldn't work. Gretta fetched a chair, attached it to the top of the arch, and frowned. "Sir Dwight, what is the purpose of this decoration? I understand the evergreen tree representing life going on, since we have that too, but I don't even know what this is."

Dwight walked over to where the decoration was as Gretta jumped off the chair. "Actually, I don't know if there's any meaning behind it. But whenever two people pass under it at the same time, they're supposed to-"

It was at that moment that Dwight realized that he was underneath the mistletoe, and so was Gretta. Gretta. Gretta, a pretty girl around his age(if you ignore the fact that she was under a spell for a thousand years), was interesting in several ways, and genuinely.

Gretta looked up at the mistletoe, realized the same thing that he had a minute earlier.

"Well, then, to keep with tradition…"

Gretta took a step forward and wrapped her arms around him. It took a moment, but Dwight shook his head and returned the embrace.

This was nice and platonic. Couldn't end up hurting either of them. The lie was safe… 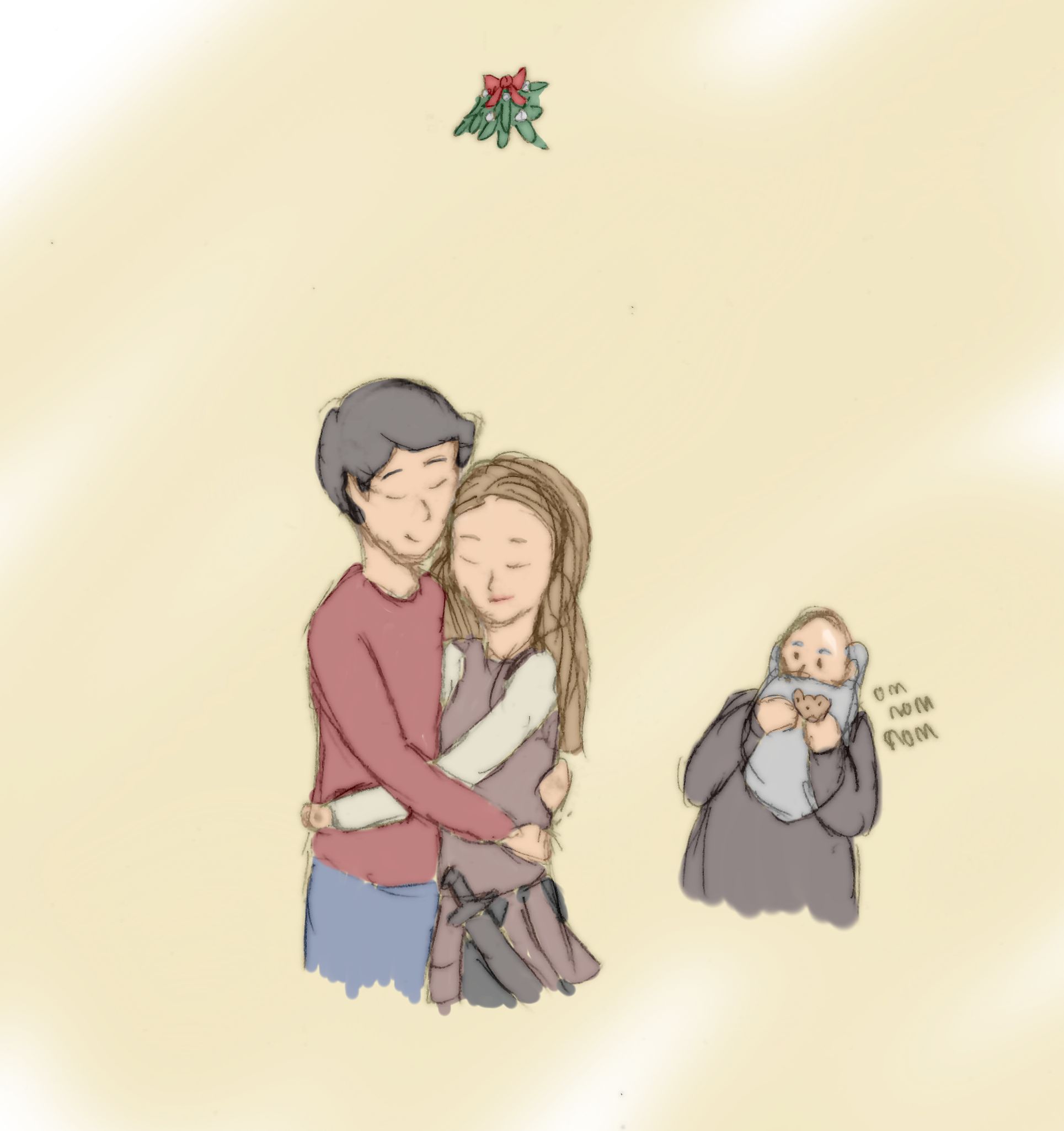 There should be another update by Christmas Eve. And one more after that, but sometime after Christmas for sure.

UPDATE: I have no clue when I'll get around to actually updating this. Since I let it run past Christmas, I kinda lost motivation for a Christmas fic. Maybe in July.

Sasilvea and QueenyB as well as 9 guests left kudos on this work! (collapse)